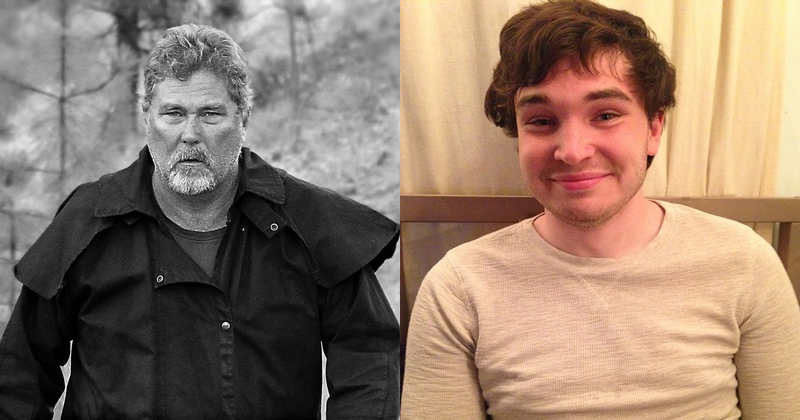 Bruce and Jackson Holbert on Their Family, Poetry, and Pleasing Editors

Jackson Holbert, a poetry editor of The Adroit Journal, speaks with his father Bruce Holbert about his new novel, their family and work habits, and what it’s like reading each other’s work.

I conducted this conversation with my father over three days in early February, on the eve of the publication of Whiskey, his third novel. Though I admire his earlier work, Whiskey haunts me like some of the books I love most, whether my father’s or not. We spoke over Facetime, as I was in central Texas and my father on vacation in Hawaii, but much of the conversation turned to home. My mother and father live in a house overlooking the Spokane River in eastern Washington. The river flows through the inland forests and Washington scablands for fifty more miles until it meets Lake Roosevelt, the former Columbia River, stopped now by The Grand Coulee Dam, which my father’s father helped maintain most of his life. In many regards, my father has left his youth and its landscapes behind. But in some ways, and I think especially in his writing, he has just moved upstream.

Bruce Holbert: Do you remember the first time we read together and the poet Dennis Held asked what it was like to be in my shadow?

Jackson Hobert: I stood back to back with you. . .

BH: Yeah, and you said, I don’t see a shadow. I liked that. When I consider our relationship work-wise, I hope I’ve cleared and plowed a field and planted a few seeds and you’ve come in and planted your seeds, too. So it’s natural for you to grow more quickly than I did. I figure soon enough I’ll be in your shadow.

JH: One of the huge advantages for me is that I never had to question what being a writer is.

People say, well you can’t be a writer without an MFA. That’s bullshit. You can write whatever you want whenever you want. I’ve always been aware you don’t need an institution behind you to write.

BH: You always knew books were all you needed aside from pen and paper. I remember handing you Moby Dick when you were 12 to get you out of my hair. A week later you wanted to talk about the ending.

JH: Why did you start giving me your work to read? I was still in high school at the time.

BH: You were writing poems that were already accomplished. Since I was reading your work I figured you should read mine, so you could know my particular perceptions and prejudices and make up your own mind as far as what advice to listen to and what to ignore. And, selfishly, I needed a reader. Is it odd that you are one of my most important readers? Is it difficult to navigate the father/son role and the reader role?

JH: It was early on. It would have been hard at any age, but I started seriously reading your work at only 16, while I was going through the first steps of really learning to read critically.

BH: I edit your work very differently than you do mine. I think I focus on your language most. My understanding of poetic structure and form is pretty rudimentary. When we butt heads it’s when I want to change something language-wise that disrupts what you are doing with form.

JH: I send you rougher work than you send to me. Your early drafts tend to be more evolved than mine. And I think that’s in part because you work in fiction and in part because you’re 40 years older than I am. I like to think one of the things I can do when I edit your stuff is identify and edit out structures that aren’t natural, but are imposed on stories to keep them recognizable as stories.

BH: When you edit me, you tend to ask fundamental questions like why is this character in the story? At first, I’m afraid I was condescending, but you pressed and pretty soon I was asking myself the same things, and considering other possibilities.

JH: One difference between us is that I don’t sit down to write that much, but you’re pretty much constantly writing.

BH: I think it’s part of what makes working comforting to me. I can always go back to it.

JH: It’s still odd to me that you find writing comforting. I tend to find it more disconcerting than anything. And I’m not even writing about particularly traumatized people.

In Whiskey you’re working with fictional trauma that is intimately connected to what you’ve experienced, and the trauma in your family history. During the depression, your great grandfather murdered your grandfather—his son-in-law—in a dispute over the family’s ranch. That was a big skeleton in the family’s closet as you were growing up. Then, when you were in your twenties, you shot your roommate in a freak accident. I’m sure these events have had a huge impact on your work.

BH: Yes—these things will always loom over me. They cemented my philosophy and dominate my emotional landscape. No one spoke of my grandfather’s murder until after my grandmother died. But in 1982, after the death of my roommate, my father began to show me articles and letters about it. It must have haunted him terribly. I think offering me an avenue into his tragedy was also his offer to share my own tragedy without saying so.

My father’s influences were country music and hunting and fishing and, most of all, work. When I wasn’t inclined to turn a wrench, he felt like he had failed as a father. A lot of my fears and self-doubt consequently have to do with concerns of masculinity. I wasn’t inclined toward cars or hunting or fishing and I didn’t have much history in which to find solace. Athletics was my one ticket to normalcy and male acceptance growing up—I played varsity basketball on one of the best high school teams in the state, and even set a record in a district cross country meet. But I think I was at my worst as a parent when I was coaching you guys.

“When I wasn’t inclined to turn a wrench, he felt like he had failed as a father. A lot of my fears and self-doubt consequently have to do with concerns of masculinity.”

JH: I don’t think my siblings or I had the same things to run away from as you did. When you were a kid wasn’t basketball a way to be out of the house, too?

BH: It was. When I lived with my mom in Junior High, the house just wasn’t a place I wanted to be. My stepdad was abusive, and whenever he and my mom went on a weekend vacation, I’d hide until they had left. After they were gone, I’d return and feel liberated from all that fear for a time.

You discount yourself in such circumstances and find your worth in others. I became very good at compensating. I could turn myself into a mirror and reflect back to someone the person they wanted to see, but what they invested in was a positive image of themselves, and the relationships I wanted required investment from both sides.

BH: Strangely so. You’ve got to have a self to put out there. When I’m writing, I’m looking into the landscape of my personality and learning my way around. My insecurities inhabit everything I write—especially Whiskey.

BH: I have an interest in myths, but the two brothers at the center of Whiskey have no grounding mythology—or perhaps they have too many mythologies. The guideposts in their lives all lead to dead ends: the tragedy of their Native American tradition, the religion around them, and the mythology of the American west all direct them backwards. Contemporary paths seem a betrayal of self. These characters are knocking around for ways to be in the world. I’m the same way.

For a long time I unconsciously wrote what I thought would please editors and agents. It kept me a safe distance from my own doubts and trauma, but the work didn’t really deliver. I remember going to the mailbox and getting those goddamned manila envelopes three and four at a time. Your mom would gather the manuscripts and the rejection slips and cull them for the most generous responses and then, when she thought my ego could take it, went through them with me. Once I learned to write from my own experiences, what I was doing became much more organic, or at least that’s the term I prefer.

“For a long time I unconsciously wrote what I thought would please editors and agents. It kept me a safe distance from my own doubts and trauma, but the work didn’t really deliver.”

JH: You and I share a love for Denis Johnson. Jesus’ Son strikes me as organic in the way you’re talking about.

BH: It’s completely so; the logic, the ethics are natural, not imposed. I think it could have only been written by a poet, a damned brilliant poet.

JH: One of the most remarkable things about that book is that it appears unintentional. Good fiction forces me to get out of the landscape in my head where we all have these pre-ordained signifiers. Jesus’ Son doesn’t include the typical guilt and redemption one expects in an addict’s story. And the book is so brief.

BH: In language, not in spirit. That notion reminds me of a short poem of yours you shared with me. It reads: “The fish have visions too.” What I like about it is that there are just a few words, but it doesn’t feel short.

JH: That’s because of the word “vision.” It implies the thing you are imagining is also imagining. Over a couple of months, I wrote like 3,000 couplets. I thought a lot of them were really good, but putting those lines with others to create multiple textures by contrast or juxtaposition was hard because some of them were so different.

BH: I’m rearranging paragraphs all the time. It sounds similar.

JH: I’m always sort of surprised how easily you rearrange things. Whiskey was a collection of stories, linked stories and finally a novel, and your ability just to go with it really helped the book find its way.

BH: Some of it is just an effort to condense. Is that part of what your couplets are up to?

JH: Yeah, that sort of sense that a thing is fractured and reading it brings it together.

BH: Economy is a big deal for me. Especially sentences. I want to squeeze them when I can. The language I grew up around was pretty condensed. My dad trusts gestures, tone of voice, what he knows of someone’s past; harder to lie about those. His interest when he speaks is to use as few words as possible.

He has no faith in words.

JH: I don’t think I’ve ever heard him utter a sentence that had a semi colon in it. The exception is the weather. He likes talking about the weather, but it’s not small talk. He’s talking about what’s going on with him.

BH: That’s so. And I’ve inherited his distrust for direct language and it has been good for my fiction. I don’t know what I think until I write it or say it and then shape it and I’m not comfortable doing that in front of others. So I write. 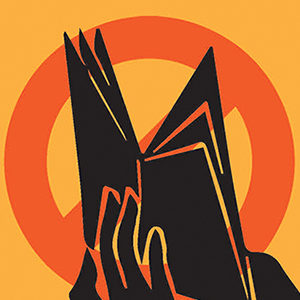 The little girl’s laughter jars on my ears. I turn to look at her. She dashes through the airport lounge, brandishing...
© LitHub
Back to top