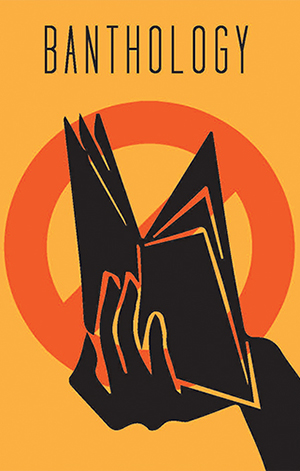 The following is Rania Mamoun's story "Bird of Paradise," from Banthology. The collection features specially-commissioned stories from nations included in Trump's travel ban. Rania Mamou is a Sudanese author, journalist, and activist. She has written two novels in Arabic, Green Flash and Son of Sun, as well as the short story collection Thirteen Months of Sunrise.

The little girl’s laughter jars on my ears. I turn to look at her. She dashes through the airport lounge, brandishing her doll with a buoyancy unsuited to the time of day. As she gets closer the girl slows down almost to a stop, glowering at me as if I’d somehow disturbed her precious world order. I give her an apologetic smile and wave. She raises her hand nonchalantly as if to say, ‘Don’t worry—you’re not in the way.’ It is 3am now and the lounge is almost empty. The occasional traveller shuffles through quietly with lowered eyes. The lounge, like the rest of the airport, is a transitory place. But for me, it has become more than that. I’ve been here for over a week now, glued to this seat which I also use as a bed. The good thing about airports is the freedom to sit wherever you like; no one asks you to leave or to move on. I sit here day in, day out, utterly bereft of everything. The few coins I brought with me are already spent and my pockets are now empty. I ate my last biscuit two days ago; half in the morning, half in the evening. All that remains is regret.

I go to the bathroom which welcomes me once or twice a day. I drink from the tap whenever I feel the pinch of hunger. I can probably survive on water for another week or so, then I’ll have to take desperate measures. Last week, I saw a woman grab an entire chicken from the grill at one of the restaurants and run as fast as she could, chased by the manager and waiting staff.

‘I’m not going to starve!’ she shouted, clutching the carcass tightly as they tried to rip it from her grasp. Eventually, the woman let go and fell to the ground, where they left her, covered in dirt. Or perhaps I could try and recite poetry to passers-by like that writer who stood in the middle of a busy forecourt declaiming

T.S. Eliot poems until people took pity on him and brought him something to eat.

I have longed to travel ever since I realised that the world’s limits are not those of my city, Wad Madani; that the world expands so much further than the reach of my imagination. I used to love the idea of travelling without a specific destination, just setting off and roaming anywhere and everywhere. Like the little girl in the lounge, I thought of the world as mine for the taking, a precious sweet waiting to be unwrapped and devoured.

When I was a young girl, my eyes were drawn to the sky and I yearned to float up and see what lay behind it. What was hidden behind the clouds and the stars? Where did the sun go at the end of the day? Back then, there were times when the sky hummed with small planes, flying low over the fields. Whenever I heard a rumbling sound, I would run out into our back yard—jumping, screaming and waving my hands—convinced that the passengers would see me and wave back. I would run to every corner of the yard, shielding the sun from my eyes and chanting: ‘Flying free, number three . . . Flying free, number three.’ I didn’t know then, and I still don’t know now, what the connection was between flying and the number three. I’m not

sure if I’d heard it from someone else—if it was a nursery rhyme or a song I’d heard about an aeroplane, or if I’d made it up myself—but it lodged in my mind, the beginning of an unfinished melody. On the ground, I fidgeted about, weightless with excitement, completely unaware that these planes weren’t even carrying passengers, they were spraying insecticide.

I used to wish I’d been born in the form of a bird, awash with colour like a bird of paradise, those delicate and beautiful little things. I loved their sublime voices and the way the sun glinted off their brilliant blue feathers. They arrived at certain times of the year, visiting us at dawn and at dusk, lingering for a while in the neem tree in our front yard. I would sit on our doorstep for hours, listening to their joyful song as they flitted from one branch to another. They were a sweet blessing, and there was something so reassuring about their coming and going each year. I genuinely believed they came from paradise, and that the gap between their appearance and disappearance was the distance between the earth and the heavens. I dreamed of becoming a bird of paradise, resplendent with colourful feathers, a beautiful head, black eyes and powerful wings. I hid this wish deep down inside myself, seeking comfort in my imagination whenever I felt sad or lost. The first time I let it surface was one evening, shortly after my mother passed away, when grief had started to creep into my heart. It was the evening after an autumn day trip spent in a nearby village with other children from my neighbourhood. It wasn’t far, maybe forty-five minutes, but to an 11-year-old girl it had seemed like a great voyage. It was the first time I had left Wad Madani. I was struck by the lush green that carpeted the earth; fields of crops stretched out every which way around us, as we scampered here and there, free as wild cats. I inhaled deeply, savouring the fragrant air. The smell of the earth after the rain reminded me of my mother, relaxing and comforting me. Bursting forth like the dawn, this aroma felt like a fresh start.

“I used to wish I’d been born in the form of a bird, awash with colour like a bird of paradise, those delicate and beautiful little things.”

I will never forget that day. We walked to the main canal that irrigated the fields and splashed about in the water chasing the birds. The other children ran and jumped through the grass, smearing themselves with mud and eating freshly picked tomatoes with the dirt still clinging to them. We were woozy with happiness, but this joy was to be short-lived. When I got home that evening, my brother Ahmad beat and cursed me for leaving the house without his permission. He hit me so hard that my entire body trembled with pain. Since then, a wound has grown within me, as great as the distance I longed to fly.

I dreamed of leaving Wad Madani to study at the University of Khartoum, like my cousin Ashwaq had done. She would visit and tell me hushed stories about Khartoum, making me realise that another life was possible. When I was accepted by the University, I felt my heart skip a beat. Finally, my prayers had been answered; I could leave home, move to Khartoum and get away from everything that had worn me down. I ran to my brother Ahmad’s house, eager to tell someone the good news. I found him seated in the middle of the floor, playing with his baby son.

‘You’re not going to go gallivanting around in Khartoum or anywhere,’ he said, without even turning his face to look at me. ‘You’re staying right here.’

Ahmad had always seen me as a blight on his otherwise perfect life. He forced me to stay in Wad Madani and to study at Gezira University. I made very slow progress, completing one class every two years. In my final year, my classmates and I were due to go on the annual field trip to Port Sudan; it was a trip that I’d looked forward to and dreaded in equal measure. When the day finally came, I was the only one in the entire year group who didn’t get on the bus. As it pulled away, my classmates all waved at me from the windows and burst into excited chatter and song. I couldn’t even raise my hand to wave. I stood there alone, staring at the tracks of the bus tyres on the ground. I was heart-broken; empty like a word without any letters. I decided never to go back to university again.

Now, here I am alone again, rusting away in an airport. I’m suddenly aware that I’m cold and starving.

I drag myself to the tap and lower my head to drink. I wash my face and stare at myself in the mirror. I look exhausted; I’ve lost weight and half of my hair has turned white. I think of Ashwaq, her youthful looks and jet-black hair, as if she’s floated through life without a care in the world. She must have been waiting for my call for days now, and will no doubt be facing the storm of my disappearance.

I don’t really know what happened to me that day. I remember being as happy as that little girl when I set foot in the airport lounge over a week ago. Only Ashwaq was there to see me off; she was the only one who knew about my travel plans. I’d thought that the moment I boarded the plane I would leave everything behind me and start my real life, the life I had dreamed of. Everything was arranged. I would have a seven-hour stopover, then get on another plane to another city, where Ashwaq’s friend would be waiting for me.

Before my flight, I had wandered aimlessly around the airport, visiting the Duty Free and chatting with the staff. I smiled at everyone whose eyes caught mine, and when I went to the bathroom I shared half my money with the cleaning lady. Waiting was a pleasure. I didn’t look at the clock once. I didn’t feel time drag, nor did I sense it racing by. I savoured every moment like someone trying something new for the first time. When the time came to board the plane, I stood in line like everyone else, dragging my heavy bags behind me. But when the other passengers started moving forwards, I found myself nailed to the spot. A mysterious force, some hidden obstacle, brought me to a standstill. The queue shuffled forwards, yet I remained perfectly still. More people moved forwards, but my feet refused to move. The people behind me urged me forward, but I couldn’t put one foot in front of the other.They tut-tutted; I paid no notice. They raised their voices; I didn’t care. The queue diverted around my solemn stationary form. A member of staff came and spoke to me, but I didn’t hear what he said. He took me by the arm and moved me to the side, out of the way. I was blinded by fear. I felt a sharp pain in my stomach and a fever spreading through my limbs. My strength gave out and I fell to the ground. I didn’t pass out, but I was oblivious to what was happening around me.

Everyone boarded the plane whilst I lay there, on the ground, alone and detached.

I look at my face in the mirror again. I have grown older, and somehow outgrown that desire I once felt.

From Banthology: Stories from Banned Nations. Used with permission of Deep Vellum. Copyright © 2018 by Rania Mamoun. 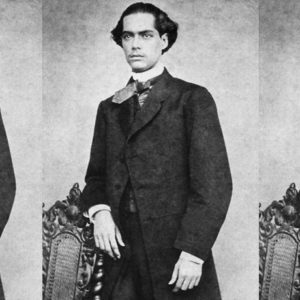