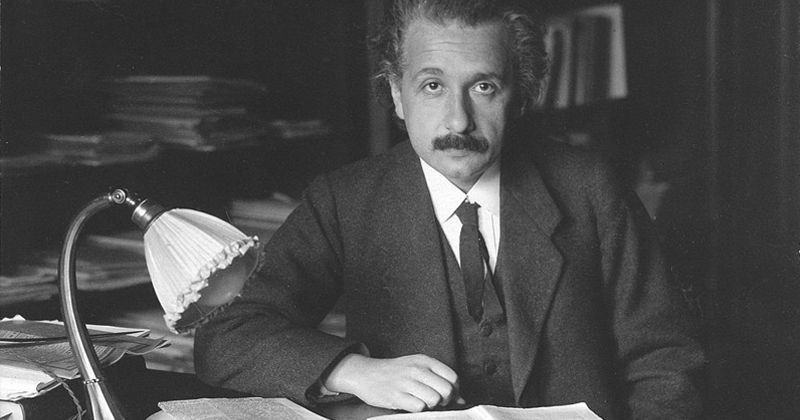 Gerald Weissmann on the Nativist US Immigration Policies of the 1930s

More than 4 million Syrian refugees have been forced to flee the country. . . The United States has a long history of helping the world’s most vulnerable people, but we have also faltered when faced with difficult decisions to allow refugees into the country.

– Message to the President from 72 Members of Congress
(September 2015)

Please go at once to the Dean of that University, Mr. Currier McEwen, and give him the enclosed letter.

In the fall of 2015, the news was all about borders. On the one hand, Médecins Sans Frontières (Doctors Without Borders) won a well-deserved Lasker Award for their response to the Ebola virus; on the other hand, Hungary erected a border-long barbed-wire fence to prevent tattered Syrian refugees from tracking north. Transgressors were treated to pepper spray. Not to be outdone, American nativists demanded a 30-foot-high barrier across our southern border to deter Mexican immigration and a somewhat lower barrier on our northern border to exclude the riffraff from Canada.

After an early welcome by Germany, borders closed across Europe to leave the bulk of Syrian refugees camped in unplowed fields in Greece or Serbia. Hunger, thirst, and dysentery were rife among the huddled masses yearning to breathe free farther north. Those who managed to breach the Hungarian border were packed into buses destined for reception camps that promised freedom and a shower. Viktor Orban, prime minister of Hungary, claimed that he was protecting European civilization. Slovakia would admit only Christian refugees, not the Muslims of Syria or Afghanistan. At a Czech railway station, officials detained refugees to scrawl identification numbers on their forearms with felt-tipped pens.

Promises of freedom after a shower, racial quotas, and indelible numbers on the forearm seemed like flashbacks to the Hitler years. Newsreels of the worst episode in Central European history were resurrected on iPads and laptops in 2015. It is no wonder that memories of the Holocaust prompted members of Congress to remind an American president that

our country had “faltered when faced with difficult decisions to allow refugees into the country.”

“Falter” seems a tad mild in retrospect. Immigration policies set by a nativist US Department of State in the late 1930s assured that 90 percent of the quota slots allotted for immigrants from countries ruled by Hitler and Mussolini would remain unfilled. It has been estimated that had those visa-less refugees received consular approval, an additional 190,000 could have escaped the teeming shores of Europe—or Auschwitz. Alas, the director of the Immigrant Visa Section at the Department of State, Breckinridge Long (1881–1985), wasn’t lifting any lamps beside the golden door. Long and company worked out a simple solution to limit immigration of refugees, mainly Jewish: paperwork, paperwork, and more paperwork. A paperwork fence would protect our borders!

Long had ordered consular officials in Europe “to postpone and postpone and postpone the granting of visas.” One assumes that Long’s previous experience as ambassador to Mussolini’s Italy had guided his policies. In 1933, in a letter to Joseph E. Davies, ambassador to the Soviet Union, he had praised the Fascist regime in terms that Ezra Pound could not have bettered, and to Almy Edmunds, wife of Judge Henry L. Edmunds, he wrote, “Italy today is the most interesting experiment in government to come above the horizon since the formation of the Constitution 150 years ago today.”

“Immigration policies set by a nativist US Department of State in the late 1930s assured that 90 percent of the quota slots allotted for immigrants from countries ruled by Hitler and Mussolini would remain unfilled.”

Breckinridge Long and his paperwork fence set the stage for an urgent letter by Albert Einstein to Dean Currier McEwen dated August 10, 1939. Einstein was worried that Professor Rudolf Ehrmann, who had been Einstein’s personal doctor in Berlin, would be swept up in a Nazi roundup. However, between Ehrmann and a visa to America stood the paper fence of

Breckinridge Long. Although the doctor had already gained a year-long lecture appointment at New York University, the US consul dragged his legs and demanded written assurance that Ehrmann receive a full-time two-year appointment at the school. The date of the letter, August 10, 1939, is telling—eight days after the famous Einstein–Szilard letter to President Roosevelt explaining that it had “become possible to set up a nuclear chain reaction in a large mass of uranium, by which. . . extremely powerful bombs of a new type may thus be constructed.” Four weeks later, Hitler invaded Poland, and World War II began.

Ehrmann was not your average family doctor; he had left his mark on medical science. Physiologists remember his bioassay on adrenaline (based on dilation of the amphibian pupil). Gastroenterologists know his work on pancreatic function and gastric acid secretion, and rheumatologists of my generation recognize his name in the Ehrmann-Sneddon form of a skin condition known as livedo reticularis. Ehrmann had risen to the rank of professor of internal medicine at the University Hospital of Berlin, and his hometown of Altenstädt named him one of the 50 most illustrious Germans.

However, in August 1939, there he was: a 60-year-old man huddled on the shores of Heimat—“homeland”—with the Gestapo in the wings. Einstein received an urgent appeal from Ehrmann’s son Rolf, who himself had escaped from Germany the year before. In that note, Ehrmann asked Einstein to write directly to Washington, an effort that the physicist knew to be completely fruitless “as I know from previous experience.” Einstein suggested a more receptive ear than that of Breckinridge Long:

We must try to get Prof. E. a fellowship for 2 years at NYU. Please go at once to the Dean of that University, Mr. Currier McEwen, and give him the enclosed letter. If he is away, ask for his address or find out if someone else can make such an important decision in his stead. Tell him that a 2-year contract is required by the consul. Tell him, too, that if the University is so inclined, we have a good prospect of having his salary for the second year guaranteed by an immigration organization.

McEwen responded immediately. It was already August, but the appropriate letters went back and forth rapidly, and by the time war had begun, Ehrmann was on his way to the United States. By October, he had taken his place as a clinical professor of medicine (his specialty, gastroenterology) at the NYU School of Medicine and as an attending physician at Bellevue Hospital. He went on to establish a clinical practice based at Beth Israel Hospital and published a half a dozen articles in English before his retirement. And in 1955, when Einstein was terminally ill, Ehrmann rushed down to Princeton,

New Jersey, to be by his side.

McEwen’s almost  reflexive  action  was  one  of  a  series  of  humanitarian gestures that served him and his university well. Rockefeller-trained, Currier McEwen was a distinguished rheumatologist before the term was even invented. He had been a founder and president of the American Rheumatism Association (now the American College of Rheumatology) and made important contributions to the treatment of rheumatic fever. As dean of the NYU School of Medicine from 1937 to 1955, he presided over at least 20 lifesaving appointments to German and Austrian medical scientists. Among these were the radiologist Rudolph Bucky, the biochemist Ephraim Racker, and Nobel laureate Otto Loewi.

Loewi’s story is almost an echo of Ehrmann’s. Otto Loewi, professor of pharmacology at the University of Graz in Austria, had won a Nobel prize in 1936 for his discovery of acetylcholine, known in German as Vaguststoff. But no matter how high the honor, when the Nazis seized Austria in 1938, he was awakened from his sleep by a dozen young storm troopers armed with guns who hustled him off to jail. Loewi owed his rapid release from prison and temporary refugee status in London to his co-holder of the 1936 Nobel Prize in Physiology or Medicine, Sir Henry Hallett Dale. However, with no job and no money, Loewi had been forced to instruct the Nobel organization’s bank in Stockholm to transfer the Nobel prize money to a prescribed Nazi-controlled bank. Once safe in England,

Loewi asked his colleague, Walter B. Cannon (the Wisdom of the Body Cannon), to lobby for a position at Harvard University. However, by 1940, an influx of great and near-great European scientists to Harvard had made President James Conant reluctant to offer a faculty position to other immigrants, even to a Nobel laureate.

Cannon found another solution. He persuaded Homer Smith, professor of physiology at NYU School of Medicine, to offer Loewi a full-time professorship in pharmacology; Smith had been a research fellow in Cannon’s laboratory from 1925 to 1926. Dean McEwen chimed in, funding was obtained, and Loewi arrived for work in 1940. When Cannon visited him

in New York, Loewi expressed his heartfelt “admiration for American freedom and the generous attitude of the American people for refugee scholars.” In 1952, when Otto Loewi gave a pharmacology lecture on his frog-heart experiments to my medical school class, Rudolf Ehrmann, his faculty colleague, was sitting in the front row. 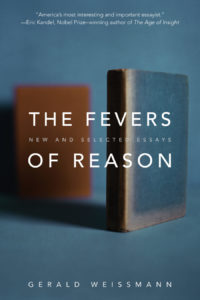 Excerpted from “Welcome to America: Einstein’s Letter to the Dean” from The Fevers of Reason: New and Selected Essays. Used with permission of Bellevue Literary Press. Copyright © 2018 by Gerald Weissmann.

Gerald Weissmann is a physician, scientist, editor, and essayist whose collections include The Fevers of Reason: New and Selected Essays (forthcoming from Bellevue Literary Press in March 2018); Epigenetics in the Age of Twitter: Pop Culture and Modern Science; Mortal and Immortal DNA: Science and the Lure of Myth; and Galileo’s Gout: Science in an Age of Endarkenment. He is professor emeritus and research professor of medicine at New York University School of Medicine. His essays and reviews have appeared in numerous publications worldwide, including the London Review of Books and New York Times Book Review. The former editor-in- chief of the FASEB Journal, he is now its book reviews editor. He lives in Manhattan and Woods Hole, Massachusetts.

What It's Like to Travel With a Guide Dog 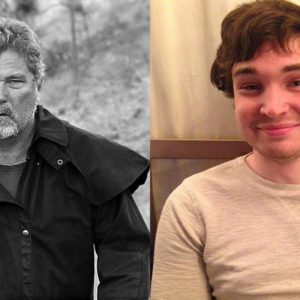 Jackson Holbert, a poetry editor of The Adroit Journal, speaks with his father Bruce Holbert about his new novel, their family...
© LitHub
Back to top
Loading Comments...