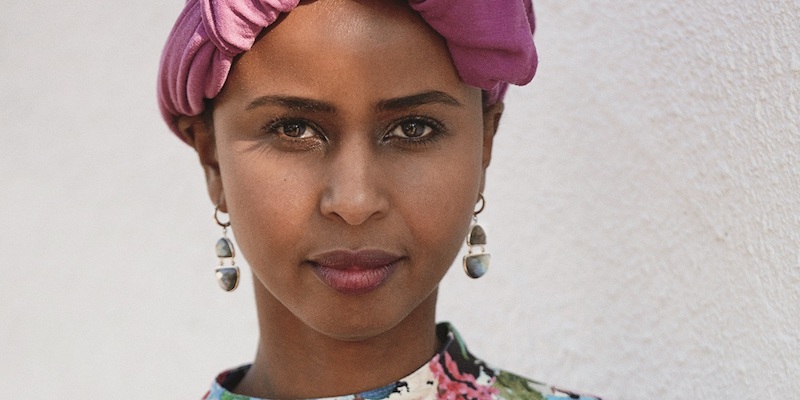 Acclaimed novelist Nadifa Mohamed joins hosts V.V. Ganeshananthan and Whitney Terrell to discuss the crisis around migrants passing from Belarus into Poland and thus into the E.U. Mohamed analyzes the crisis, engineered by Russian-backed strongman Alexander Lukashenko, in the context of Europe’s historical antipathy toward immigration, and reads from her Booker Prize-shortlisted novel, The Fortune Men, the fictionalized account of a Somali immigrant named Mahmood Mattan, set in Cardiff, Wales during the 1950s. She discusses how attitudes toward immigration shaped Brexit and the U.K.’s draconian new Nationality and Borders Bill, which will potentially affect the lives of around six million people, including the novelist herself.

Check out video excerpts from our interviews at LitHub’s Virtual Book Channel, Fiction/Non/Fiction’s YouTube Channel, and our website. This podcast is produced by Anne Kniggendorf and Hayden Baker.

*
Excerpt from a conversation
with Nadifa Mohamed

Whitney Terrell: So Mahmood and the other immigrants are treated unfairly by the local police and white British officials. They’re discriminated against. And that’s part of what your book is about. But under the surface, there’s also a tremendous amount of cultural mixing going on in this Tiger Bay neighborhood—what we in America used to celebrate as the melting pot of culture. And some of it’s quite joyful. I’m thinking, for instance, of the Eid al-Adha procession that you describe on page sixty-five. I wondered if you could read that section to us and talk about why and how you wrote it?

Nadifa Mohamed: Of course. I’d be happy to . . . So this is a scene within chapter four. And it focuses on Diana, the murder victim’s sister, who is left in the wreckage of what her sister left behind and in the wreckage of her own grief. Diana was a really amazing woman in real life. She volunteered for the RAF, the Royal Air Force, before the Second World War broke out. She was disgusted by what Hitler was doing in Germany, especially after Kristallnacht. So her and her husband volunteered. And then, of course, just a year or two later, the war broke out and he went to North Africa and she was sent to join the Barrage Balloon unit to protect London . . .

“Diana watches from the bus stop outside the shop as the main Eid al-Adha procession troops down from the canal all the way round Loudoun Square and ends at the zawiya on Peel Street, while Sheikh Hassan’s competing but smaller group dawdle up from the docks. Children dressed in Yemeni thobes and headdresses, with tin discs and red embroidery on the bodices, lead the adults in song and step. Even Christian, Buddhist and Jewish children have joined their friends, dressed in nativity costumes of Mary blue and shepherd check, miming the verses of the Arabic nasheeds and raising their voices at the choruses, “Ya Allah, Ya Allah, Ya Allah kareem.” A darbouka keeps the beat and is added to by the pounding footsteps of hundreds of celebrants.

Up front is Ali Salaiman, proprietor of the Cairo Café, holding one side of a navy banner stitched with Holy Scripture by Cardiff’s convert wives. His own wife, Olive, stands outside their café handing out meat sambusas and paper cups of Vimto cordial. Aproned matrons, flat-capped gamblers, ruined rummies, yapping dogs, fresh-faced bar girls and leather-jacketed teenage delinquents watch from the pavement and wave out of windows. A few tatty Union Jacks, left over from VE-Day celebrations, flap about. The giddy children delight in what they call Muslim Christmas and take cellophane bags of boiled sweets and gobstoppers greedily, without knowing or caring what the day commemorates. The story she knows well enough from the Torah: sacrifice of a child as small and innocent as them. Isaac’s throat reddened by the blade but miraculously not cut; his silence in Abraham’s arms as, weeping but steadfast, the prophet obeyed God’s command; the ram then sent down at the last moment to replace Isaac and deliver God’s mercy. Both the trial and deliverance celebrated.”

WT: Thank you very much. One of the things that I love about that passage is that the kids from all different religions, and of course—the other thing about the end of that of the passage is that many of these religions borrow from each other and are similar. All of these kids are celebrating and participating in this and not thinking that it’s bad or foreign or strange. They want to participate and enjoy. And it reminds you that this kind of cultural mixing, you have to be taught not to like. Naturally I think people enjoy and are curious about these kinds of things. So that’s what I liked about that passage.

NM: Yeah, of course. And, again, that scene is inspired by the memories of people who grew up knowing those processions and enjoying them despite being Christian. That phrase “Muslim Christmas” was something that was actually used.

V.V. Ganeshananthan: That’s so interesting. And, also, the reference to innocence there just foreshadows so much to come . . . What does the way that immigration works in Cardiff in the fifties tell us about the way that Britain or Europe generally handles immigration today? Are things different or less permissive, more permissive?

NM: It’s complicated. Mahmood actually arrived as a British subject with an entitlement to be in Britain. Somaliland was still a British protectorate, and whether he liked it or not, he was a citizen of this country, of this empire. So he arrived without needing to think about his immigration status. That’s not the case now. But as soon as he arrived, by this stage in the 1940s—he arrived in 1947, the same year as my father—the British had made it very difficult for colored sailors, as they were described, from the Empire, to have an easy life. They had to register with the police. They were deported despite it being formally against the rules. The British looked for any reason to get rid of them.

And they did this particularly in Liverpool when a group of Chinese sailors advocated for equal pay and conditions to white sailors. Without any warning, about two thousand of them were deported away from their families, I think in 1948. So that was always the risk. On paper, you had a right to be here. But in reality, you were here on sufferance. And the foreign sailors were also this kind of bargaining chip or tool, or even maybe kind of more of a rag doll thrown between the ship owners and the men who worked on the shipping fleets. And often one of the ways that the workers would feel that they were being treated well by the shipping owners was by treating the colored sailors badly.

So it was a complicated situation. And it was a shame because the foreign sailors were very loyal to the shipping union. They joined at a much greater levels than white British sailors, but they were treated very disloyally by those unions. So it’s this very complicated picture, which I think is still the case, where you’re constantly half in, half out. Just this week, the Tory government changed the rules. So people like me, who were born somewhere else, can have our citizenship removed. And they don’t even have to tell us. If they find it tricky to notify you, they don’t even have to notify you about that.

WT: What! This happened this week?

NM: Yes. It happened this week.

NM: We were distracted by all of the nonsense about Christmas parties at Downing Street. But this is a shocking law, which affects something like six million people.

WT: What has the discussion been in the British press? Or has there been discussion about it? I have not read about this.

NM: Very little. Very little. Everything that Priti Patel said she would do—and that was horrifying—she is actually doing. And it’s all happening very quietly because our attention is on COVID, on the economy, or some sort of scandal. So this is how it happens. This is how it’s happened all through history, where terrible things happen when people are looking somewhere else. Now we’re getting the Channel deaths, where people have been trying to cross for quite a while to get into England from France. And now more and more people are dying on that route.

There was a really terrible incident where twenty something people died just off the coast of the South of England recently. And what was disgusting was how many people were celebrating that, and how many people have been trying to stop the national lifeguard organization in this country from saving migrants, refugees—whatever you want to call them—these people coming across the English Channel looking for sanctuary.

Transcribed by https://otter.ai. Condensed and edited by Hayden Baker. Photo of Nadifa Mohamed by Sean and Seng. 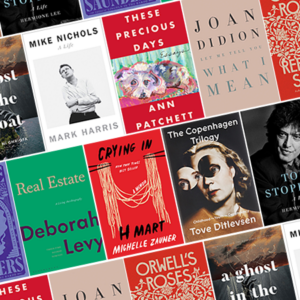 Well, friends, another grim and grueling plague year is drawing to a close, and that can mean only one thing: it’s...
© LitHub
Back to top