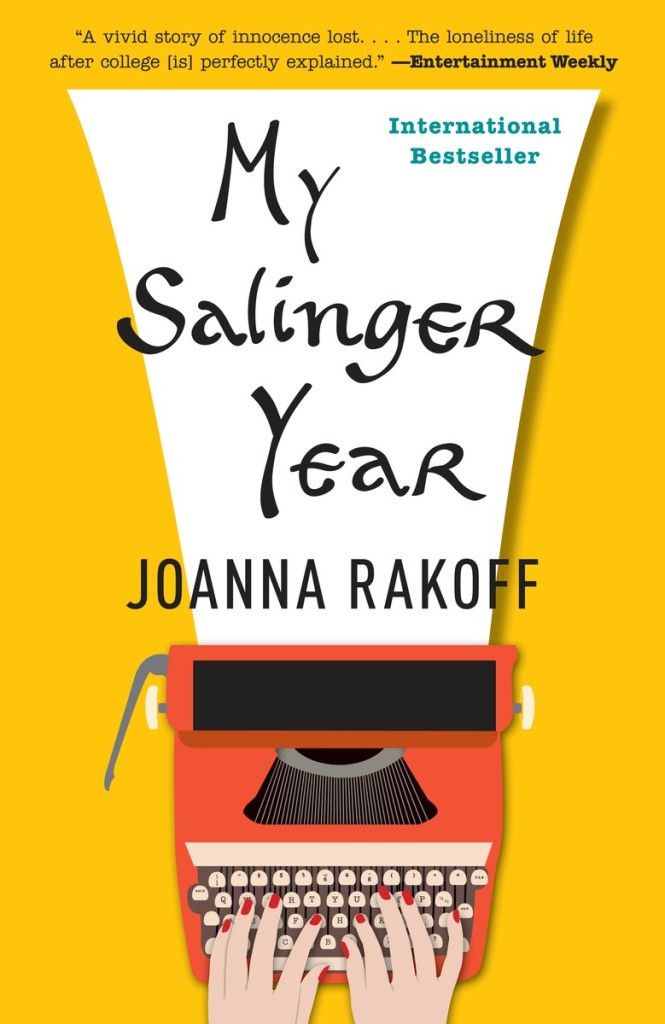 The following is from My Salinger Year, a memoir about literary New York in the late nineties. Rakoff’s novel A Fortunate Age was a New York Times Editors’ Choice and a San Francisco Chronicle best seller. She has written for The New York Times, the Los Angeles Times, Vogue, and other publications.

How many times had I been told that Salinger would not call, would never call, that I would have no contact with him? More than I could count.

And yet one morning, a Friday, at the beginning of April, I picked up the phone and heard someone shouting at me. “HELLO? HELLO?” Then something incomprehensible. “HELLO? HELLO?” More gibberish. Slowly, as in a dream, the gibberish resolved into language. “It’s Jerry,” the caller was shouting. Oh my God, I thought. It’s him. I began, slightly, to quiver with fear, not because I was talking to—or being shouted at by—the actual J. D. Salinger, but because I so feared doing something wrong and incurring my boss’s wrath. My mind began to sift through all the Salinger-related instructions that had been imparted to me, but they had more to do with keeping others away from him, less to do with the man himself. There was no risk of my asking him to read my stories or gushing about The Catcher in the Rye. I still hadn’t read it. “WHO IS THIS?” he asked, though it took me a few tries to understand. “It’s Joanna,” I told him, nine or ten times, yelling at the top of my lungs by the final three. “I’m the new assistant.”

“Well, nice to meet you, Suzanne,” he said, finally, in something akin to a normal voice. “I’m calling to speak to your boss.” I had assumed as much. Why had Pam put him through to me, rather than taking a message? My boss was out for the day, it being Friday, her reading day.

I conveyed this to him, or hoped that I did. “I can call her at home and have her call you back today. Or she can give you a call when she gets in on Monday.”

“Monday is fine,” he said, his voice ratcheted down another notch. “Well, very nice to meet you, Suzanne. I hope we meet in person someday.”

I put the phone down and took a deep breath, as I’d learned to do in ballet. My entire body, I realized, was shaking. I stood up and stretched.

“Jerry?” asked Hugh, stepping out of his office with a mug of coffee.

“He’s deaf. His wife set up this special phone for him, with an amplified receiver, but he refuses to use it.” He sighed his trademark sigh. To be Hugh was to be let down by the world. “What did he want?”

“Just to talk to my boss.” I shrugged. “I offered to call her at home and have her call him back, but he said Monday was fine.”

Hugh wrinkled his face in thought. “Hmm, why don’t you call her anyway. I think she’d want to know.”

“Okay,” I said, thumbing through my Rolodex.

She wasn’t home and had no answering machine. She didn’t believe in them. Just as she didn’t believe in computers or voice mail, another newfangled invention not employed by the Agency. If you called during business hours, you reached Pam, the receptionist. If you called outside business hours, the phone just rang and rang, as it did at my boss’s apartment, twenty blocks north of the office. I tried again, every hour or so, until the end of the day, to no avail. It would have to be Monday.

From MY SALINGER YEAR. Used with permission of Alfred A. Knopf, an imprint of the Knopf Doubleday Publishing Group, a diving of Penguin Random House. Copyright © 2014 by Joanna Rackoff. 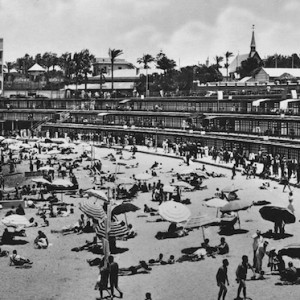 Resurrecting An Extinct Novel: On Rereading 'Alexandrian Summer' When Alexandrian Summer was first published in Israel in 1978 by Am Oved, the country’s most prestigious publisher at that...
© LitHub
Back to top