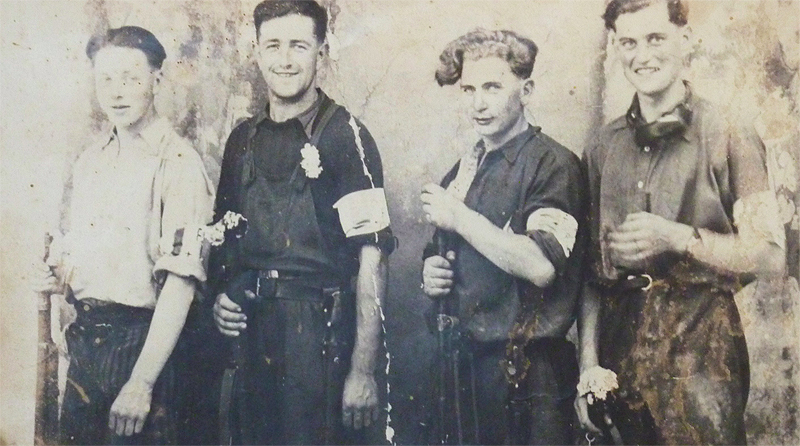 Rachel Hall on Grappling with a Tragic and Heroic Family Legacy

In 1978, my mother—newly divorced from my father—took my brother Daniel and me to France. It was her first trip back since immigrating to the States with her adoptive parents in 1947. We would visit Paris, where she was born, and Le Puy, where she’d lived for a time during the war. My mother’s aunt in Israel, who’d recently lost her husband, bought our tickets. We would spend the last part of the journey in Israel, staying with her, meeting family—second cousins, great aunts and uncles. There was in this offer, in the trip itself, the theme of female solidarity, of women going it alone. I was 13, and I think this aspect wasn’t entirely lost on me.

Much was lost on me, though. I‘d taken one year of French prior to this trip and could announce my name, as well as express my ignorance: Je ne comprends pas. We stayed with a family friend in Paris, the woman who had been my mother’s biological father’s comrade in the Resistance and girlfriend at the time of his death. Yvonne spoke rapid-fire French and expected me and Daniel to understand. We were also expected to be quiet in her 14th Arrondissement apartment building—both inside her apartment and in the ancient and rickety elevator we found particularly amusing, and especially under the eyes of the concierge, a squat, unsmiling woman whose ground floor office smelled of soup.

About this first trip to France, I remember eating salami and cheese and baguette on the train, my mother slicing off hunks for us with her Swiss Army knife. I remember, too, the cups—as big as bowls!—in which Yvonne served us café au lait. And the trees, in the Tuileries, pruned like giant lollipops, the children guiding their wooden sailboats with sticks in the shallow pools there.

In Le Puy, we peered over a stone wall to see the school my mother had attended as a little girl. I’d pored over our family photo albums, which contained my mother’s French school pictures. The girls wear plaid smocks and stand unsmiling beside their teacher. My mother is dark haired, solemn, the smallest, younger by several years than the other girls, as she was always passed up at the end of term and many of the girls weren’t. My mother told me about the teachers who punished dirty fingernails by smacking the girls’ knuckles with a ruler, but worse still were her stories about the older girls ganging up on her, throwing open the doors to the privy in the school yard when she was in there. These stories made me protective of my mother. I imagined myself into the past, where I could hold the door closed for her, Alinette, little Aline, as she was called then. I’d give those older girls a piece of my mind, too, maybe even a good hard shove.

It’s harder to call up much about our trip to Saint-Genis-Laval and the site of the memorial to my mother’s father. I remember a long walk. We must have taken a bus from Lyon. The bus would’ve dropped us at the end of rue des Martyrs. In memory, it’s a long, steep climb. Probably there was stuff to carry—a camera, sandwiches, water bottles—and arguments between me and my brother about whose turn it was to do so. We grew hot as we climbed the dusty road.

At the top, finally, we rested on a stone wall and looked down on the town of Saint-Genis-Laval—terra cotta tile roofs, church steeples, a river in the distance. And all around us, a hazy, pale sky.

I have a few photos of the memorial taken with that burdensome camera. They reveal that the memorial is a flat tomb-like structure made of a yellowish-gray stone. Centered on the top of the tomb are these words: “Here lie the victims of German barbarity, massacred at this site on August 20, 1944 under circumstances that forever dishonor their executioners.”

I don’t remember what I felt there. Pride? A kind of responsibility to the past? I think I took my cues from my mother, in the same way I’d looked to my father, some years earlier, when he learned that his grandmother had died. I’d cried because he had; I hardly knew my great-grandmother and didn’t have a relationship with her. At the memorial, my mother was somber. She didn’t weep or pray or speak in a hushed voice to her father. My mother is passionate, but not at all sentimental or religious. And her grief is so old and immense, so woven into her very personality that it couldn’t be untangled in this moment, no matter the appropriateness. I hope my brother and I stopped our complaining and bickering for a little bit. I hope we felt awe, respect for the grandfather we’d never met. My brother has for his middle name this grandfather’s name: Yves. He was proud of it, even then, though sometimes he was teased for having a girl’s name.

On the wall behind the tomb, there were small plaques identifying those memorialized here. Walking along the wall, we were disappointed to notice that there wasn’t a plaque for my mother’s father. It was the task of family, we discovered, to arrange for these plaques, but with none left in France, my grandfather’s heroism was partially erased, hazy like the sky that day. Perhaps this isn’t uncommon after a war. People scatter, attempt to build new lives, which requires all their focus and energy. But 34 years later, we could address this erasure. Back in Paris, a plaque was ordered and later affixed at Saint-Genis-Laval. It reads:

In the years since we visited, my mother has remarried, my brother and I have families of our own. My mother’s aunt in Israel and all the others of that generation have died. I’ve written a collection of short stories inspired by our family stories and, in doing so, unearthed information that resulted in my mother receiving reparations from France for the loss of her father. My mother has participated in a National Endowment for the Humanities seminar about the Holocaust in France and resumed contact with family friends there, the children of fellow resistants. From one, a childhood playmate, Eric, she learned that there is a memorial celebration every August 20th

to honor her father and the others killed that day in 1944.

I’ve seen Eric’s photos—red, white and blue flags, officials and dignitaries at podiums, flower garlands draping the tomb. According to reports made by citizens of Saint-Genis-Laval, it was hot that day in 1944—the sun high in the sky and strong. I imagine it is often so during the ceremony, that the speakers sweat in their dark jackets. People in the audience must find their thoughts wandering as they stand beneath the sun, the speeches and prayers fraying into the hot breeze. They might think ahead to after the ceremony—to a nap in a cool bedroom, lunch, a baby gift they must purchase. Even as we commemorate the dead, lives go on. Of course, they do.

This year, my mother, brother and I will return to Saint-Genis-Laval to attend the ceremony [ed. note, tomorrow]. I have to admit that I usually dislike ceremonies, find them dull and  inauthentic. I hold myself apart—or am held apart by something. My lack of belief? Self-consciousness? A sense of myself as an outsider? I suppose that some of this might be the result of this family history, my awareness of the human capacity of ugliness. So why are we going? What is the purpose? I ask myself.

I like that it’s the three of us again—my mother, my brother and me—an echo of that first trip, a returning. I hope that the trip offers my mother something—closure, maybe, though I’m not sure I believe in that. There was no funeral for her father. There was no body to bury. After the Germans decamped, my mother’s uncle was summoned by authorities to Saint-Genis-Laval. In the account he wrote, he reports that all that remained of Yves was a scrap of red cloth, which he recognized as the collar of a shirt he wore. My mother was told not to ask about her father, not to speak of him because it was too upsetting for his sister, the aunt that cared for her and eventually adopted her.

Despite my discomfort, I’ve come to understand we need ceremony to help us mark the big things—beginnings and endings, births and deaths, the happy and the sad, though perhaps especially the sad. Without ceremony, commemoration, it’s easy to ignore, avoid, forget, wish away the facts. In America, and years after his death, my mother would imagine she saw her father on the street or across a packed auditorium.

My mother adored her father—and it’s clear from the few letters that remain, that he adored her. She’s lived now some 70 years without him, but the loss has an intensity and power that makes it feel recent. Or maybe it’s that loss is, as the poet Alicia Ostriker says, cumulative. Each new loss, calls up the previous losses, rolls them into each other, a giant snowball of loss.

I like to think that when we attend the ceremony tomorrow that we’ll stand together and consider all that was lost when Yves was murdered, and all the ways that loss has shaped us, continues to shape us. But I hope, too, that we’ll also feel some kind of triumph because we will be there marking this loss—together and alive.

Rachel Hall’s story collection, Heirlooms, will be out from BkMk Press this September.

Rachel Hall’s short stories and essays have appeared in a number of journals and anthologies including Black Warrior Review, Crab Orchard Review, Gettysburg Review, Fifth Wednesday and New Letters, which awarded her the Alexander Cappon Prize for Fiction. Hall is a Professor of English in the creative writing program at the State University of New York at Geneseo where she holds the Chancellor’s Award for Excellence in Teaching. She lives in Rochester, New York with her husband and daughter. 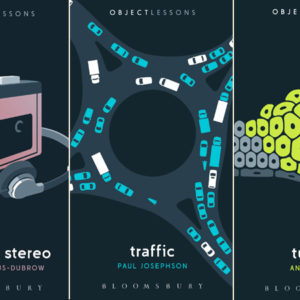