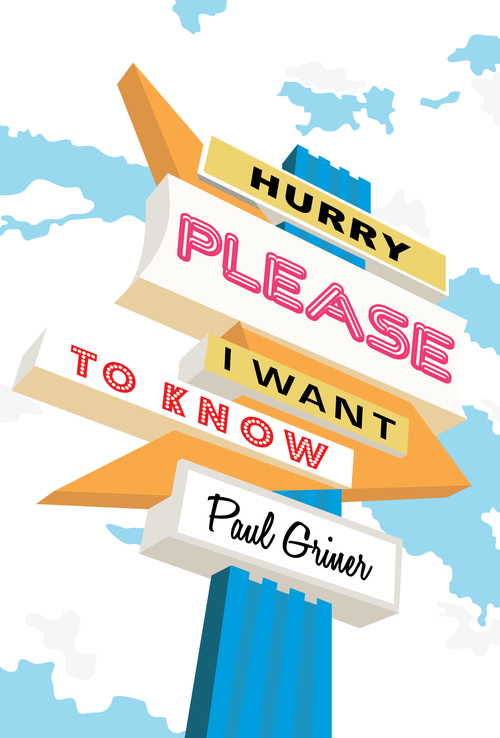 The following is a story from Paul Griner’s collection of flash-fiction, Hurry Please I Want to Know. Griner is the author of a story collection Follow Me, which was a Barnes & Noble Discover Great New Writers Pick. His fiction has appeared in Tin House, Story, Narrative, Ploughshares, Zoetrope, Bomb and Playboy. He’s a professor at the University of Louisville.

I stood in so many lines to bring my mum back it wasn’t even funny. I paid the broker’s fees, I paid the transport costs and sales tax up-front, I paid cabbies to ferry me all around town to the various offices I had interviews at, and even so I almost lost my job, because to get a return you have to be in the right offices during the right hours and if you have even a single stamp out of place on a single page of the application, or if you’ve gone to the wrong notary or miss just one appointment, you have to start the whole process all over again, and that can take years. Years! Something had to give, and in my case it was work. No promotions and no raises during the entire process, but I knew it was worth it. I mean, she was my mum. Who wouldn’t want to bring their mum back from the dead?

Pretty soon after she came back, I had a better idea of who might not want to, and I began to wonder why there weren’t blogs about the topic, or at least books. Couldn’t someone have told you that whoever comes back from the dead is pretty much who they were before they died, except for one crucial difference: their single most annoying habit is magnified one hundred times? Something about the passage there and back, I guess. No one ever bothered explaining it.

Berkely’s sister went to the bathroom ten times as often and still never flushed, my boss’s husband sucked his teeth constantly (she said she was tempted to pop open the door to a 747 and jump out midflight to Japan after six uninterrupted hours of the squeak and smack of tongue, gum, and teeth), and my mum? She spoiled things. Movies, books, meals, she’d let me know ahead of time how they turned out. Eventually I learned to lie about what I was reading or going to see so she wouldn’t tell me when the hero’s brother died or that his wife developed amnesia or about the goofy ending, but I guess somehow the dead know the future too, which is how she could tell about meals. The artichoke salad I was making was going to cause heartburn and keep me up all night, the hamburger I craved from O’Falin’s would give me diarrhea and make me miss a crucial meeting and lose a sale, the stuffed peppers Dashante hoped to bring by would give me a skin rash for a week. Even worse was that she could tell me about each new woman I brought home, or rather that she insisted on doing so.

Maude was a looker, but in ten years those looks would be gone. Imagine a muffin someone stepped on, she said. That’ll be her face. Brianna liked to laugh now, and she was a better cook than she gave herself credit for, but down the road she’d be depressed for twenty years; did I really want to volunteer for a pair of cement overshoes? The red-headed lawyer I met at the company picnic had a sweet disposition but her liver would give out from all that vodka. Just remember, my mother said, that by forty her eyes will turn yellow, she’ll look permanently suntanned, and at forty-five she’ll be dead. Besides, she said, She’s so full of it, her name should be Brown. It got so bad that after the last one (a blonde pediatrician about whom my mother said, You choose that one, you’re strapping yourself to a bomb, because even though she was smart and successful and passionate about politics and sports and loved to kayak and had the exact same sense of humor as me and dressed like a model, it turned out she was also going to end up sleeping with a series of pharmaceutical reps) I was tempted to stop coming over at all.

What, my mum said, looking hurt. You don’t want me to save you heartache? Then what’d you bring me back for?

Under my breath, my hand on the blonde’s back, I said I didn’t know. Luckily, I was sure that the returned couldn’t read your thoughts.

So the next time I went to see my mum, it was just me, angry and alone. Better that way, I thought, handing her a bouquet of fragrant hyacinths, hoping that the returned suffered from allergies, which would keep her worried about herself and not me. She lay the flowers on the counter while she searched the cabinets for a suitable vase, and when she found the curving bronze one she sat me down at the table, rested her free hand—thin and warm—against my cheek, and said, Good, I’m glad you’re alone. Now I can tell you what’s in store for you.

Geez mum, no, I said, knowing. And I thought, I’ll get old, I’ll die, if I have kids one of them might bring me back, and then it’ll be my turn to annoy them. I was wondering what my annoying habit would be when she surprised me.

No, she said, having read my thoughts. You’re not going to have kids. This is your only go-round. But it’s better that way.

What? Really? You can read my mind?

Yes, really, she said, misinterpreting one question and ignoring the other. I hadn’t meant, It’s better that way? but rather, I’m not having kids? I don’t get to come back? It was an awful realization—my insides felt as if they’d just been cored and my heart seemed to have gone AWOL—but she just plowed ahead the way the returned will, as if those left behind are new ground that must be broken open again and again. I was wondering what my future was going to be like and why I’d never have kids, if I’d even marry, and she was already beyond that.

Yes, really, she said again, and patted my hand.

That hand pat was the clue, I realized later, what I should have paid attention to, a remnant of my childhood; when I was young and she patted my hand, the conversation was almost over. Soon, she would be up and on her way.

It’s better, she said now, because if you did come back, you’d find that what time does to your kids breaks your heart. Believe me, she said, you don’t want that. Of all the things in all of time, that’s the worst of all.

Oh yes I do, I said, having to keep myself from shouting. I want a chance at everything.

No, really, she said. You don’t. I promise. The second go-round’s not as good as the first, just a pale pretense. Like an image of yourself dissolving in water.

Then—and I still don’t know how she did it—she slipped her hand into the vase and once her fingers pierced the invisible rim they turned to water and her arm followed and she just kept going, pouring herself into that vase. When she was done her reflection trembled on the swaying surface, seeming to smile at me, before beginning to fade, slowly, slowly, slowly, just as she’d said, and I sat up half the night holding the vase, trying to call her back. Mum, I said, over and over, whispering, singing, shouting, pressing my face to its cooling side. When none of that worked I had to decide what to do with her. Letting the flowers soak her up seemed wrong, emptying her in the drain would feel sacrilegious, and flushing her down the toilet wasn’t an option, but the longer I waited the more likely it was she would simply dissipate and float away on the anonymous air. I couldn’t bear the thought of that either, so in the end I tipped her carefully into a dozen ice trays, and now she sits waiting for me in my freezer.

Sometimes at night after a long day at work I indulge myself, though I do so rarely to make sure she lasts. I turn off my phone and shut off the lights, so nobody driving by will think I’m awake and in need of company, call up a movie on Netflix and pop some popcorn and fix myself a drink and stretch out on the couch, my mother keeping me company as bits of her melt in the glass. Soon, at key points in the movie, she starts to talk from deep inside me, her sweet soothing voice echoing in my chest and ears, humming in my bones.

Watch this scene and pay attention, my mum says, warming the blood in my veins. He’s going to kiss the girl and sparks will fly and you’ll think they’re going to last forever. But in the end, she says, they get it right. It doesn’t work out.

From HURRY PLEASE I WANT TO KNOW. Used with permission of Sarabande Books. Copyright © 2015 Paul Griner. 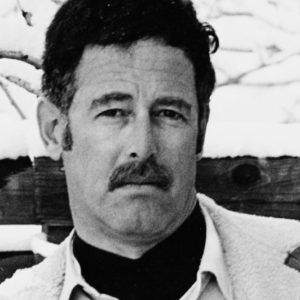 The First Reading James Salter Ever Gave The following remembrances of James Salter, who died June 19, appear as part of a larger collection in memoriam, at American...
© LitHub
Back to top