On the Rootless Life of the Boutique Hotel Set

“I spent what seemed to many people I knew an eccentric amount of time in Honolulu, the particular aspect of which lent me the illusion that I could any minute order from room service a revisionist theory of my own history, garnished with a Vanda orchid.” –Joan Didion, The White Album

When you live in hotels, you change. There are no rules. Or at least, fewer of them than we live by in our everyday lives. Things can appear and disappear as if by magic, beyond traditional service or privilege. You become part of an illusion. To paraphrase Sigrid Rausing’s latest point in GRANTA, on the difference between the world as we see it and the world as it actually is, in hotel living perception becomes reality, the map is the territory. Or, at least, it was.

During the last two decades, hotels have begun competing with clubs and restaurants to shape urban nightlife. They’ve become a home for lounges and high-end comfort-food restaurants, some truly fascinating. The Breslin at the ACE is a first-class but home-cooked-feeling pub. The view from the Lautner-esque Top of the Standard in New York is stunning. The zigzag stride through the basements of the Maritime to the (now closed) Hiro Club offered a Scorsese-esque Goodfellas moment. And now nightlife culture is imitating that of hotels: Little Italy’s James Bond-inspired Gold Bar was designed to emulate a hotel lounge.

While working in management consulting, I lived in hotels that had nothing to do with any of that. Unlike Ian Schrager’s revolution, which turned South Beach into a testosterone-infused theme park, or iconic time-capsules like The Pierre and The Waldorf, the properties I stayed at were defined by a decades-long evolution of architecture, decoration, and service. The Lancaster in Paris has undergone a steady, subtle, and diverse transformation: a courtyard anchored by a fountain and filled with teak furniture merges 1930s lilac and French flea market porphyre with oriental interiors. The Chateau Marmont in Los Angeles is a similar web of peripatetic illusion: the bathrooms in its gothic main building feature mid-century, peach-hued sinks and tubs. Only a humble door separates pastoral, wooden-floored cottages and English country gardens from the Southern Californian jungle that surrounds the pool, inviting you to step uphill and into its 1960s modernist bungalows. When attention has been paid to linking different eras and styles, there can be continuity within eclecticism. Of course—let’s be frank—these are places of luxury, but continuity is not always bound to budget. Whether it is a five-star property or Lucia’s old, gas station-homey lodge in Big Sur, as long as a hotel is experimenting at a thoughtful, sustainable pace it can be true to its own arc. Such careful curation creates a functional theatricality that draws both artists and beyond sheer Earnings-Per-Share-obsessed business executives as long-term guests—or “residents,” as the staff called us.

My hotel living softened the way I saw the world, more so than I realized at the time. And I was not alone in being tempered in this way. By default, I was a member of the white-collar tribe of nomads, SVPs and Junior Partners (who hadn’t made it to the top yet, did not own flats around the world yet), who kept running into one another in these homes-away-from-home, socializing and sharing war stories of the week. It was a club with no written rules. There was no policy (in practical terms) dictating who could and could not access the premises to mingle. The main courts, the pools, and the lounges were for residents and for the “hotel’s close friends.” Our self-exiled pedigrees positioned us within the circle. It was a camaraderie based on continuity and discretion. We felt protective of one another.

Soon, our entrepreneurial curiosity (that perpetual search for the lateral thought, for that aha-silence that follows an executive’s simple, yet profound, comment about a completely different discipline to his or her sector), or maybe the long-repressed wish for more imagination in our lives, led us to the “creatives,” the film producers and directors who lived alongside us in the properties. Their ability to mix fact with fiction, blur the line between real and surreal—again, another form of continuity—fascinated me. The calmness with which they conceived of utterly unstructured ventures—gliding through plans A, B, and C, changing themes or genres based on actors’ availabilities and budgets—pushed me to look at my tightly constrained projects freely and imaginatively. My recommendations to Fortune 500 clients became more organic, evolving along an innovation axis, as opposed to the traditional advice about aggressive investments on disintermediation and blowing up of established value-chains. I adopted my new friends’ cinematic vision. I built virtual “infinite rooms” of investment assessment methodologies: from modern portfolio theory to game theory, to optionality to what I called “Blicision analysis,” which married Decision Analysis with Malcom Gladwell’s premise in Blink. I began my own arc. And, most importantly, I started questioning my own attitude toward risk.

“My son was born here,” an avant-garde, but still studio, director told me over a glass of wine in a hotel garden. “We lived here with my first wife at the time. It’s the only hotel I stay at in this town.”

“You can still smoke on the premises,” I said, nodding as he lit.

“Right?” he said happily. “A waiter chased me down the street like I had left without paying when I had a cigarette outside a restaurant in San Francisco…”

“I grew up with smokers. I am Greek.”

He smiled. “I was very young when I visited your country. I was figuring things out.”

“And you did!” I said with a grin. He had, at least at the box office.

A moment of awkward silence followed. Then I told him something that I thought Gore Vidal had said: People truly relax at dinner parties only when they start talking about movies. I asked him what the equivalent topic was within the film industry.

He shook his head. “People don’t talk about movies anymore. There is no common ground. So much out there. In the 1990s you probably went to a theater five times a year? Now with streaming, downloading, on demand… so-and-so TV… I can’t keep up.”

“So what do people talk about? What breaks the ice today?”

“Oh, I don’t know, the Kardashians…” he said, and paused. “And books,” he added. “Inequality is everywhere including intelligence. People talk about celebrities and rediscover literature.”

My sense of stagnation, of rootlessness, at once choked and liberated me. I had to change. That very night, I started a diary. “I’m homeless but first class,” was my first sentence.

Ioannis Pappos is a management consultant and writer from Pelio, Greece. He is a graduate of Stanford University and INSEAD Business School, and has worked in both the U.S. and Europe. Hotel Living is his first novel. He lives in New York City. 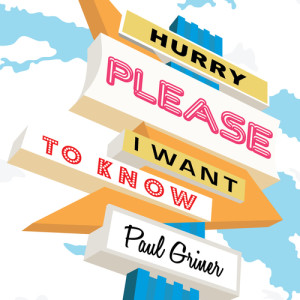 I stood in so many lines to bring my mum back it wasn’t even funny. I paid the broker’s fees, I paid the transport costs...
© LitHub
Back to top