A Close Reading of Sonia Sanchez's "Poem at Thirty"

There was a poster in my father’s office of “Poem at Thirty” by Sonia Sanchez on one side, and then running along it a powerfully elegant drawing—large hoop earrings, long bare arms through a flowing checkered dress, afro, platform shoes and all. The words in the poem, the form is hers so the artist rendered her body meandering along it, flowing in and out of her words.

Somewhere on it, an autograph to my father, and the year 1971. That is the year I was born in Evanston, IL, where my father had a temporary gig as a visiting professor of English at Northwestern University. Whether I was still in my mother’s stomach or as a newly born infant, I can say I first met Sonia when I was very young. Later that year my parents would lug me along with the framed poem from Illinois, through Nigeria and then to Kenya. Later still, it would become the first I poem ever memorized.

I loved being able to recollect and hear it over and over again for myself, and at will. And in a time when things written on paper were subversive, when my father’s books were being banned—what better way for my siblings and I to carry what we knew and loved than inside our heads? It is the poem that made me fall in love with sound and words.

Today I watch my eight-year-old daughter playing the violin and I go back to the day when she fell in love with the instrument. She was about three, there was an arts and crafts fair in the little of town of Norwalk, CT where we were living as her mother finished up ob/gyn residency. We were just trudging along and then she heard it—

she stopped and pointed—we walked over and she listened. The violin player most probably did this with all the kids—but I choose to believe she sensed talent—asked her if she wanted to play. She said no. But after that Nyambura would mime the violin for months on end.

I have often wondered why she said no—maybe she did not want a pedestrian’s first touch of the instrument she had fallen in love with. There is no way she would have been aware of the amount of work it takes before you are allowed to even hold the violin—two months of weekly lessons holding a fake bow and card box violin, and then after she graduated to the real instrument, almost daily practice. She has been taking lessons for the last three years—

sometimes I can see her in the joy of creating sound, that moment when the imagination is in awe of the sounds it is creating. And I feel so lucky and privileged to have been there right at the moment when she fell in love—a memory that I am now keeping for her. Why and how do we fall in love with the things we do? Why the violin and not the guitar I was playing for her when she was in her mother’s womb? For me, what was it that I heard and felt in that Sonia poem so powerfully that it turned words into my instrument? What is the speaker waiting for? What was I waiting for? Change still a long time coming?

The mystery remains but perhaps I can think through its silhouette and touch at the reasons why it was that poem that made words my instrument, and not another. Look at the opening lines and think back to a child reading this in a world that is recognizable as much as it is not—

in the 1970s, a growing dictatorship, father in political detention and later exile, death threats, later his going to exile, the toll on the family, the toll on my mother who now suddenly has seven children to feed, school and walk through political minefields.

it is midnight
no magical bewitching
hour for me
i know only that
i am here waiting
remembering that
once as a child
i walked two
miles in my sleep.
did i know
then where i
was going?

Here midnight has no innocence, it is not the beginning of dawn—it is in fact a long time to morning. What is the speaker waiting for? What was I waiting for? Change still a long time coming? And the walking in my sleep? For me it was night terrors that were so real and vivid that when I awoke I could still see the ghosts. The poem was voicing a trauma, not really voicing, but giving shape to the trauma I was going through. It was an embrace that does not heal, it gave shape to what I was feeling.

i want to tell
you about me
about nights on a
brown couch when
i wrapped my
bones in lint and
refused to move.
no one touches
me anymore.
father do not
send me out
among strangers.

With my critical professorial eye, I can now read child sexual abuse probably by a family friend—and the need to tell, to be one’s own witness—not victim, but a witness now grown. As a child though, the words would hold me close even though I couldn’t quite articulate why. To be a family of political pariahs in a dictatorship does turn relatives and family friends into strangers. It is not necessarily betrayal, it was for their own survival. To step outside our gate was to step into a world full of strangers some of them familiar. I was in a world of strangers, where relatives and friends could estrange themselves, see us and cross the street. For those who have gone through various traumas of varying degrees it becomes a river traveling through different towns and countries with different names—the River Nile cuts across different countries with different names but we drink from the same river. I can see the strength it takes to move from survivor to witness, to one able to narrate their story as a witness, that is the strength it takes to become four—victim, survivor, witness and narrator.

Words are physical things—and that poem to me was like a tent, an embrace, something that protected.

I think as children the lives we live are what is normal—certainly one can look over the fence and wish for that other life or feel lucky with the one he or she has, but the lives we have are ours. What happens then if the odd normal is actually disrupted? It cannot be articulated in a straight line—it can only be felt. I think the poem helped me feel what I could not articulate in a straight line. But isn’t that the power of a good poem?

And then the ending of the poem—I can literally feel the words on my tongue as I write this—could there have been anything more strangely beautiful?

you you black man
stretching scraping
the mold from your body.
here is my hand.
i am not afraid
of the night

There is a certain peacefulness—here is my hand—agency we call it today—no more fearing the night—the willingness to engage—and yet the realism—the night is still there. Isn’t there strength to be drawn from that? The black man scrapping mold from his body—he has been formed into what he is, chained trying to free himself. And the speaker in the poem now grown, the speaker does not abandon the wounded male—she sees more than him—she draws her strength from being four—victim, survivor, witness and author. Together, probably him leaning on her, they will go through the night, way past midnight.

Words are physical things—and that poem to me was like a tent, an embrace, something that protected. And because the poem was speaking of and to ugly truths as opposed to singing about daffodils and roses, I could trust it because it did not lie.

When I read it now, I think of my late mother. I feel now that as I memorized those words and recited them over and over again that I was also thinking of her—it wasn’t easy for her. The words, “here is my hand/ I am not afraid of the night”—are those not the words a child would wish to say to a parent who was keeping us together while suffering through it all alone?

I imagine both my parents deciding what to do with the large framed poem—leave it with a friend in Evanston, Illinois? Have it mailed to Limuru, Kenya? Pack it in a large suitcase and hope the glass does not shatter? Conveniently forget it in their apartment? They must have thought though—this poem delicate like their child, this poem and this child will grow up together, our child will have a twin who is a poem.

This essay is part of a forthcoming Ngugi Wa Thiong’o family tribute to Sonia Sanchez.

Mukoma Wa Ngugi is an Associate Professor of English at Cornell University and the author of the novels Mrs. Shaw (2015), Black Star Nairobi (2013), Nairobi Heat (2011) and two books of poetry, Hurling Words at Consciousness (2006) and Logotherapy (2016). He is the co-founder of the Mabati-Cornell Kiswahili Prize for African Literature and co-director of the Global South Project - Cornell.

Steve Almond on Interesting Writing: "My Job is For it Not to Be a Trick"

The Author of My Sister, the Serial Killer on Violence, Beauty, and Poetry 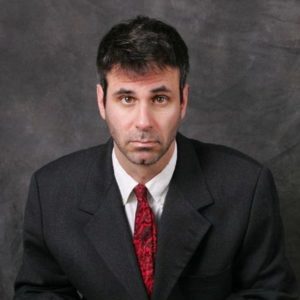 Steve Almond on Interesting Writing: "My Job is For it Not to Be a Trick"

Steve Almond is the guest. His new book, William Stoner and the Battle for the Inner Life, is available from Ig Publishing.  Almond...
© LitHub
Back to top