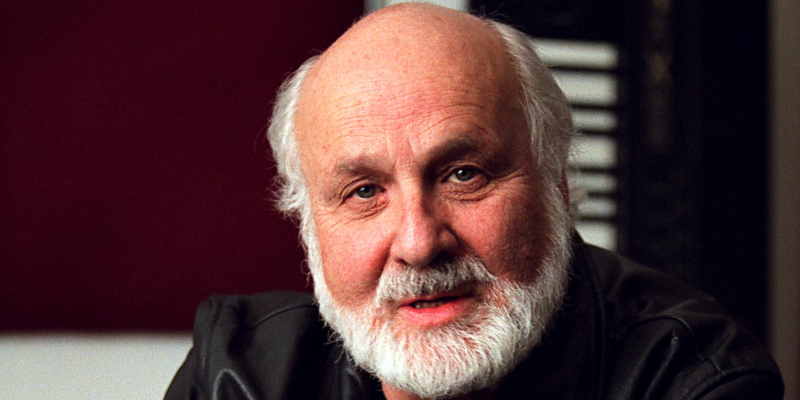 Morton Subotnick: ‘We Have No Future. The Future Is
Always Now’

On Episode 134 of The Quarantine Tapes, Paul Holdengräber is joined by composer Morton Subotnick. Morton is a pioneering composer in electronic music. Morton and Paul discuss the changes in music since the 1950s and when Morton realized that he was living through a pivotal moment in the history of music. Morton worked on the development of early electronic instruments. He talks about how technology has changed the process of making and listening to music. Then, Paul and Morton touch on Mozart, Stan Brakhage, and the challenge of trying to make “new new” music instead of just “new old” music.

Paul Holdengräber: I imagine that Marshall McLuhan would have at some point in your life had an impact on you. And thinking about that, I was thinking, what better way to end than to ask you to comment on this Marshall McLuhan quotation, where he says that every society honors its live conformists and its dead troublemakers.

Morton Subotnick: Yeah, a group of us read some notes from the lecture he gave that led into Understanding Media. So, we actually knew McLuhan’s writing almost two years before the book came out—three years, maybe even. And it was a big influence on me. The quote I like is, “We walked into the future backwards, looking through a rearview mirror.”

Paul Holdengräber: Yeah, it’s fantastic. How do you understand that, Martin?

Morton Subotnick: Well, I’ve understood it differently throughout my life. But now I understand that because I’ve been listening to audiobooks on how the brain works with memory, and I see it now—I don’t know exactly how we intended it—but I see it now as a real truism. We have no choice. I used to think we had a choice, but I don’t think we have a choice. We have to reconstruct the past. We have no future. The future is always now. We only have the past and the present; we don’t have the future. We’re constantly moving into it.

And so, the secret for me is that you have to reorganize the past and allow it to break through in new ways to make a little crack ahead, until you see a footprint to go forward. I can tell you that if I drop something, I know it’s going to hit the ground. That’s about it. Other than that, you’re just guessing. The idea of constantly opening this up and pushing that road ahead and gradually being able to turn your head from the rearview mirror and walk into that dark future and make little tiny steps at a time—that’s been my life.

Morton Subotnick is one of the pioneers in the development of electronic music and multi-media performance and an innovator in works involving instruments and other media, including interactive computer music systems. Most of his music calls for a computer part, or live electronic processing; his oeuvre utilizes many of the important technological breakthroughs in the history of the genre. His work Silver Apples of the Moon has become a modern classic and was recently entered into the National Registry of Recorded works at the Library of Congress. Only 300 recordings throughout the entire history of recordings have been chosen.