In this week’s episode, Kendra and Joce talk to Leigh Bardugo, the author of Ninth House, which is out now from Flatiron.

Joce: One of the things that I personally enjoyed is this encompassing of the college campus and also incorporating some of these mysterious or mystifying elements to it. I’m wondering, what was your thought process in terms of combining some of these fabulist elements with some of the stuff that occurs on college campuses like sexual assaults and race and gender and power?

Leigh Bardugo: Magic is a commodity, and it is treated as such in the book. It’s just another kind of power. And it’s a very clear metaphor for other kinds of power. The idea of the mystical is the idea of access, access to something other than the world we live in. That also points to ideas of who gets to access these things, whether it’s a great internship or a job opportunity or a fellowship or a grant or the chance to go to an Ivy League institution in the first place. Or it’s something like who gets to speak to the dead, who gets access to the beyond, who gets to go to the borderlands between our world and the next? It felt very natural to me.

I went to Yale, and I was very much a fish out of water there, particularly early on. These societies, these tombs—or they’re clubhouses, but they’re called tombs—they are these extraordinary structures that are littered around campus and off campus. And they beg for attention. These are not nondescript buildings. They are built to look like new Egyptian temples and Greek giant mausoleums and a giant Tudor mansion where there should be no mansion. And so, on the one hand, they’re secret. On the other hand, they invite speculation, and they invite the fantastical.

Kendra: There’s a little map—I love a good map—in the book where you can look at the different areas and where different buildings are located on the Yale campus. But you built on that; you took that and made it into this world of magic. And of course, every world of magic has rules and world-building. Was it different building this on something that already existed versus something you’ve done previously, where you just invented a whole new world?

Leigh Bardugo: Yes. The first book in a series, I think, is always the most thrilling because you’re throwing open all of these doors, and there are no rules yet. You’re writing the rules. You’re creating the map. This was a little different because the map already existed. I wanted to be as faithful to that as I could be, and that was occasionally frustrating. I’m used to, if I need a convenient waterfall, I can create a convenient waterfall. My young adult series is widely called the Grishaverse, and that world I’ve been writing in for so long. But in some ways, I’m bound by the same rules. Once you put a map out, you can’t say, oh, I changed my mind. I need to move this mountain range. And that is actually a little bit frustrating.

So, I tried my best to let the map inspire me in New Haven. I remember looking at the aerial view of the map for the first time and seeing the way that the paths bisected the New Haven green, which is built over an old cemetery under which there are still thousands of bodies. And I remember looking at them and thinking, “That really looks like a pentagram.” This is the gift of New Haven. Everything you think is normal is not normal.

When I went to to research Rosenthal Hall, I thought, “Okay, this was used as a language lab, blah blah. It used to be Sam Owens’ tomb.” Well, turns out that some people speculate there are seven subterranean levels and that one of them is filled with taxidermy zoo animals. So, on the one hand, it’s difficult to be grappling with the real world. And on the other hand, some places in our real world are gifts that keep giving you inspiration.

Leigh Bardugo is the New York Times bestselling author of Ninth House and the creator of the Grishaverse (coming soon to Netflix) which spans the Shadow and Bone Trilogy, the Six of Crows Duology, The Language of Thorns, and the King of Scars duology. Her short stories can be found in multiple anthologies, including Best American Science Fiction & Fantasy. Leigh grew up in Southern California and graduated from Yale University. These days she lives and writes in Los Angeles. 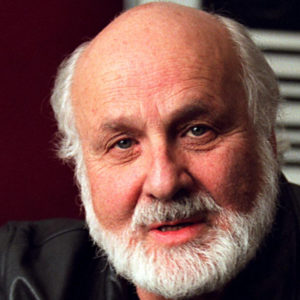