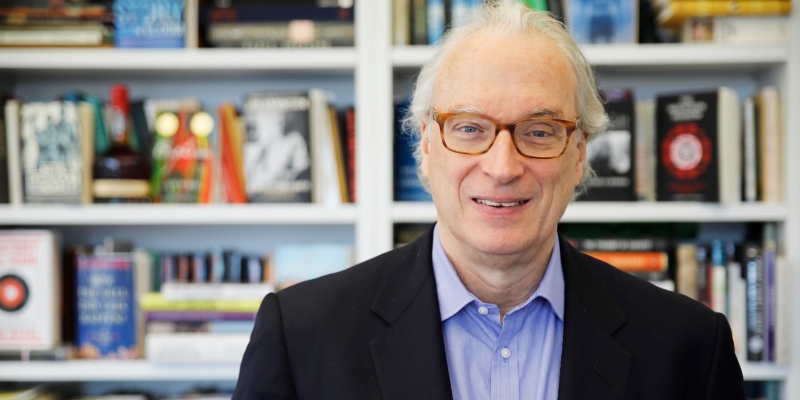 Morgan Entrekin on the Hope of a Post-COVID Publishing Landscape

On episode 149 of The Quarantine Tapes, guest host Walter Mosley is joined by Morgan Entrekin (co-founder of this website). Morgan is the publisher of Grove Atlantic. He tells Walter about his experience being in New York and weathering COVID early in the pandemic. Walter and Morgan discuss how the publishing industry has been affected by the pandemic. They talk virtual events, the changing role of books, and technology’s role in publishing. Morgan expresses both his hopes and fears for publishing, ending the episode with a note of optimism for the future.

Morgan Entrekin: Books are changing, the role of books. Cynthia Ozick wrote a great essay on the centenary of T. S. Eliot’s birth that was published in The New Yorker, about how central a role books played in her life when she was a college student. The new Steinbeck novel, or the new Hemingway novel or whatever, was a cultural event when that was released. Books are not as central to the culture as they were. But there was a time when opera was central to the culture; there was a time when narrative poetry was central—when Lord Byron published a poem and sold ten thousand copies in the first month. Media changes and shifts, but books still remain.

There are extremely impactful books being published around these issues, and they’re selling in the hundreds of thousands, even millions of copies. That is heartening to a 65-year-old about to turn 66-year-old publisher. The same for fiction. You see the voices and the wide range of voices coming from the non-dominant culture over the last twenty years. That’s where the real energy in fiction has been. That’s extraordinary to see, and these books are reaching a lot of people. They’re being read and they’re being discussed and they’re having impact. So it gives me hope.

Morgan Entrekin grew up in Nashville, Tennessee. After graduating from Stanford and the Radcliffe Publishing Course, he joined Delacorte Press in 1977, where he worked with such authors as Kurt Vonnegut and Richard Brautigan. In 1984 he started his own imprint at Atlantic Monthly Press, publishing books by P.J. O’Rourke, Ron Chernow, and Francisco Goldman, among others. In 1993, Morgan merged Atlantic Monthly Press with Grove Press, the publisher of authors including Samuel Beckett, William Burroughs, Harold Pinter, and Tom Stoppard. Morgan is currently the CEO and Publisher of Grove Atlantic, Inc, which publishes 120 books a year ranging from general nonfiction, current affairs, history, biography, and narrative journalism to fiction, drama, and poetry. Authors include Mark Bowden, Aminatta Forna, Jim Harrison, Donna Leon, Yan Lianke, Helen Macdonald, Viet Thanh Nguyen, Kenzaburo Oe, Sarah Broom, Bernadine Evaristo, and Douglas Stuart. In 2015, Morgan launched the Literary Hub, a website that features original content from over 200 partners including publishers large and small, literary journals, not-for-profits, and booksellers. Lit Hub now has over 3 million visitors a month.

Walter Mosley is one of the most versatile and admired writers in America. He is the author of more than 60 critically-acclaimed books including the just released Elements of Fiction, a nonfiction book about the art of writing fiction; the novel John Woman, Down the River and Unto the Sea (which won an Edgar Award for “Best Novel”) and the bestselling mystery series featuring “Easy Rawlins.” His work has been translated into 25 languages and includes literary fiction, science fiction, political monographs, and a young adult novel. His short fiction has been widely published, and his nonfiction has appeared in the New York Times and The Nation, among other publications. He is also a writer and an executive producer on the John Singleton FX show, Snowfall. In 2013 he was inducted into the New York State Writers Hall of Fame, and he is the winner of numerous awards, including an O. Henry Award, The Mystery Writers of America’s Grand Master Award, a Grammy, and PEN America’s Lifetime Achievement Award. Mosley lives in New York City and Los Angeles. 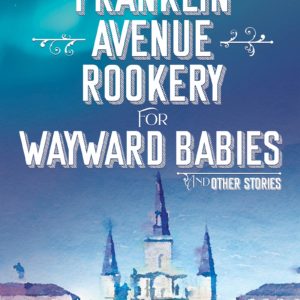 Lake Tahoe, Nevada Late Summer I pulled open the top of my one-piece bathing suit and poured a good amount of my ex-husband’s...
© LitHub
Back to top