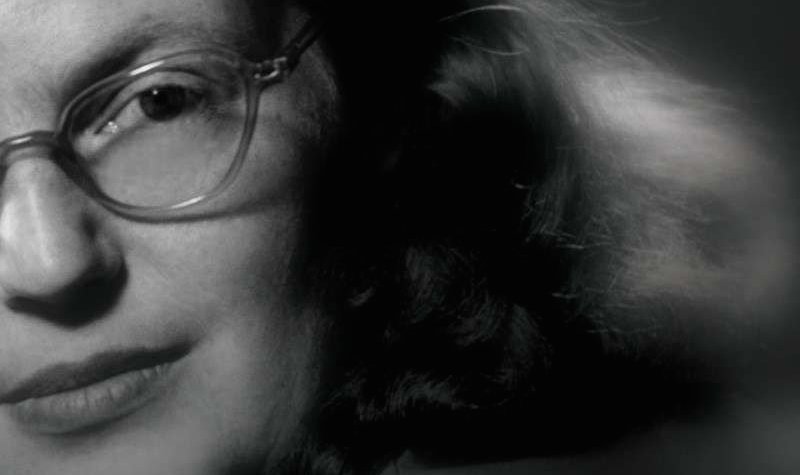 On Biography, Pathography, and Ruth Franklin's Life of Shirley Jackson

Whither the big, splashy literary biography? Let’s check the National Book Awards, which has tossed the category around—since 1984 it has lumped biography in with nonfiction, and no literary biography has won the prize. From 1981 to 1983, however, there was a biography/autobiography award (weirdly separating hardback from paperback books), and literary biography is well represented: Judith Thurman’s Isak Dinesen: The Life of a Storyteller (1983, hard), Justin Kaplan’s Walt Whitman: A Life (1981, hard), Deirdre Bair’s Samuel Beckett: A Biography (1981, pb), and James R. Mellow’s Nathaniel Hawthorne and His Times (1983, pb). How could a genre which once merited so much acclaim it needed prizes for hardcover and paperback lay more or less fallow for the last 30 or so years?

The answer to that question lies within the changes in publishing, both financial and cultural. Financially, big literary biographies are anathema to publishing houses, who want to give writers small advances, preferably on already completed manuscripts. Biographies are research heavy. They cost money to write: not only money to support the writer, but for research trips to archives, and time to travel and interview people, and to give the author sufficient time and space to synthesize massive amounts of material into a coherent, compelling narrative. Most life stories, especially those of writers, are inherently boring. It’s up to the biographer to—hackneyed metaphor ahead—bring her subject to life, to make us care about her dreams, her failures, her success, the broad strokes and trivia that comprised her life. Biographies have also become difficult in an age when identity politics render ventriloquy, which biography demands, quite tricky. A biographer has to be confident about speaking for the dead and understanding their context, a tall order in these myopic times.

Ruth Franklin has done that in her new biography Shirley Jackson: A Rather Haunted Life. Franklin, a longtime book critic, has an advantage in writing a literary biography: she knows how to integrate readings of a writer’s work into the larger story of her life. Literary biography is particularly tricky because the biographer has to be a more astute reader than usual: since text is not only the primary source about the life, but it is the work, the literary biographer has to integrate her readings of the subject’s work into her account of the life. Franklin’s expert reading of Jackson’s most famous 1948 short story, “The Lottery,” is a great example of this: she investigates the myths Jackson herself spread in a lecture she gave on the story’s composition, claiming she wrote it in an afternoon with almost no revision (the time frame is true, but she fudged the dates a bit). More impressive is Franklin’s discovery of this passage from Jackson which hits upon the story’s grisly theme. As Jackson wrote in a memo to her publisher, she remained preoccupied with the “preservation of and insistence on a pattern superimposed precariously on the chaos of human development.” Jackson continued: “I think it is the combination of these two that forms the background of everything I write—the sense which I feel, of a human and not very rational order struggling inadequately to keep in check forces of great destruction, which may be the devil and may be intellectual enlightenment.” Franklin adds, “In all her writing, the recurrent theme was ‘an insistence on the uncontrolled, unobserved wickedness of human behavior.’”

This certainly sums up the more famous half of Jackson’s output: the gothic supernatural short stories published mainly in the New Yorker and her two much read novels, The Haunting of Hill House (1959) and We Have Always Lived in the Castle (1962). Yet Jackson had another rich vein of writing which brought her little respect but helped support her household, which included her husband, critic Stanley Edgar Hyman, and their four children. She wrote humorous domestic sketches for magazines, the kind of thing Sylvia Plath was always resolving to do in her diary but never worked her way into (but can you imagine?). Franklin finds evidence for Jackson’s multiple writing streams in her childhood habit of keeping multiple diaries, each with a different persona: one a gee whiz type, all-American girl, one a lovestruck, sophisticated “Debutante.”

The Hyman-Jackson marriage also had its share of wicked behavior. Hyman, always a philanderer, never gives up his wanderings despite the heartache it caused Jackson. The two, Franklin writes, were caught up in a “cycle of infidelity, fury, and forgiveness,” the end of which was Jackson always putting her husband back in his place as “her creative sounding board and the arbiter of her talent.” Franklin’s handling of the marriage, which she astutely calls “symbiotic” at its best and “parasitic” at its worst, is generally very fair, especially considering how flagrantly cruel Hyman was to Jackson in this cycle (remember, there are four kids to take care of, and a man chasing skirt is probably not doing a lot of laundry). As if that wasn’t mean enough, Hyman also goaded his wife constantly about writing more quickly to make more money, as she brought in the bulk of the household income (he taught for many years at Bennington University).

Though it deserves universal praise, Franklin’s book has already been found guilty—to my mind, without grounds—of what Joyce Carol Oates called pathography in her famous 1988 review of a biography of another mid-century woman writer, Jean Stafford. Oates claims that pathography, “biography’s diminished and often prurient twin,” has as “its motifs dysfunction and disaster, illness and pratfalls, failed marriages and failed careers, alcoholism and breakdowns and outrageous conduct.” Much of this can be found in Franklin’s book, and some reviewers, like Blake Bailey in the Wall Street Journal, have chosen to focus on the dysfunction in the Jackson-Hyman marriage and particularly Jackson’s ongoing struggle with her weight (which began when she was a child), as well as the agoraphobia and other ailments which marked the end of her life. To be clear, Franklin in no way emphasizes Jackson’s martial discord and she certainly does not fat-shame her subject, nor does she downplay Jackson’s flaws, and Bailey has been called out by other critics for imposing this framework of pathography onto Franklin’s nuanced book (what’s particularly disturbing is his suggestion that Hyman’s infidelity was justified by Jackson’s weight).

But this is only one reading of this rich and thoughtful book, which is sorely needed. We still have many women writers who are lacking complex biographies, enough so one hopes Franklin becomes a new Michael Holroyd or Hermione Lee and settles in for another long literary project. There are plenty of women writers to do, all waiting for their due. 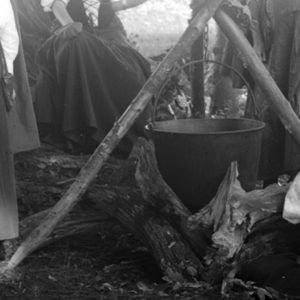 “Once in a long while a book publisher, because of definite signs and general intuition, feels the touch of magic that...
© LitHub
Back to top