Xu Xi on the Changing Attitudes to Filial Piety

Three and a half years ago, I left home and my man in New York to “move home” to Hong Kong. Many of my generation have made similarly global-contortionist moves (or rack up thousands of frequent flyer miles) to care for elderly parents. What else can we do, we say to each other. We’re Chinese, and being filial is our destiny.

My mother turned 94 last year, and her Alzheimer’s is now in the moderate to severe stage. She is extraordinarily healthy—excellent appetite, in charge of bodily functions, able to daily scale two flights of stairs up to a neighborhood chapel for the 7:30 am Mass. She has raised four citizens of the world who are not a menace to society. It is possible she may live to a hundred or more; her eldest sister with Alzheimer’s made it to 99. Waaa, my Chinese world exclaims, good for her, confirming belief in longevity’s virtue.

Also, I’m privileged. Our family can afford two live-in Filipino domestics to look after Mum. It’s a very Hong Kong thing, one not readily replicated in the West unless you’re extremely wealthy. The city’s largest minority population is Filipino, and the majority of these nationals are women—employed as live-in domestic helpers by mostly middle-class families—women who leave their own elderly and children to care for those of others on two-year contracts, after which they’re entitled to a one-way ticket home if their contracts are not renewed. They get one day off a week and are legally entitled to public holidays, but these are often granted at the whim of the employer. Many work unduly long hours under this legally sanctioned indentured servitude. Two helpers! My Chinese world exclaims. Does she really need two helpers? What’s left unsaid is that helpers shouldn’t really need all that much time off.

Coincidentally, I was handed an enviably well-paid position, walking distance to home. I live rent free, complete with a separate entrance. I did not have to abandon either children or pets, and there is Skype for virtual love. Others with aging parents aren’t so fortunate.

Last year, the Chinese government legislated obligatory visitation and care for aging parents. That filial piety, this grand Confucian virtue, had to become law underlines the problem of our 21st-century fractured lives. Thomas Wolfe discovered that you can’t go home again, but the question is, did you even want to go home in the first place?

The United States had been my home for 11 years when I returned to Asia in 1992. Then, I still had a corporate career that paralleled my writing life, and I still had parents. After my divorce, I fell in love with an old friend in New York. We did the distance thing for about a year before I quit corporate life to move in with Bill and to lead a full-time writing life. Dolce vita.

That was also the grown-up version of my prodigal past. At 20 I returned from college in the United States and almost immediately moved out of home. You don’t do that in Hong Kong until you’re married, not if you don’t want to break your mother’s heart, and especially not back in 1974. But I was 大家姊, with no big brother or sister to guide me. So move out I did, to shack up with the man of the moment. Mum may have never forgiven me this trespass that all my younger siblings were afterward liberated to emulate. As much as the times are a-changing, most unmarried locals still live at home, and some continue to do so even after marriage in this city of unaffordable real estate.

My parents bought a large flat in a good neighborhood when property was affordable so that Mum could live comfortably at home. My home, “the squat,” is at least the size of a decent hotel room.

As the now-filial daughter who used to be prodigal, I know that despite the grin-and-bear-it countenance that marks my daily existence, this filial time bites.

The parallel lives of our Filipino domestics give me pause. What a warm culture, Westerners who live here say, they’re so sweet to our children and really are suited to caring for others. The local Chinese attitude is pragmatic, they earn good money here, better than back home, and they get a place to live, so what more do they expect? It’s true that our helpers are loyal, kind to my mother, and very good at their work. One woman is a mother of a teenage boy, and her husband is home looking after the family. The other is single and the primary financial support for her family. She has an Indian boyfriend who works as a chauffeur. Both women have been with us six years, and we’re hoping they’ll stay as long as Mum is alive. All the other domestic helpers in our building consider them lucky because they get real time off (including all public holidays); we pay for a ticket home once a year, as opposed to once every two years; they get to stay out with visiting family or even weekly with the boyfriend; each has a proper room to sleep in, one that is a decent size, and not a closet or hallway; they’re provided Wi-Fi and a laptop; in terms of cleaning and cooking, the work is much lighter than working for a family of six. They do my laundry because I don’t have a washing machine up here, but they’re not expected to clean my space or cook for me. We’ve hired them because our mother needs 24/7 care, and they know she is their primary concern. Yes, they’re “lucky” and are warm to Mum, just as we say we’re “lucky” to have found them.

Filipino helpers are despised by the local Chinese community and condescended to by self-righteous Western and other foreign employers.

But their contract is still one of an indentured servitude.

Even though we’re good employers, I have no illusions about the enormous sacrifice each has made in this luck of the draw. They are employees, not “servants,” as domestics are still often called. Their nation’s economy sucks; Hong Kong is a wealthy city. Filipino helpers are despised by the local Chinese community and condescended to by self-righteous Western and other foreign employers. Yet they smile and smile and smile, congregate with friends in the streets on Sundays when most get their day off, and exchange stories of their lives of servitude. Some are not even given keys to their home and are not allowed to stay in when the family is out. Others are called back on their so-called day off to come home and work. Abuse happens, sexual or otherwise.

Their bad luck is to be born Filipino.

As is mine to be born sort of Chinese into a culture that worships filial piety beyond a reasonable doubt. Earlier this year, I turned 60. My real life has already been suspended for almost four years. Even though Alzheimer’s is classified as an illness, no one recovers, just as excessive longevity only has one terminal point. But for us caretakers of all this increasing, forgetful longevity, can we, in fact do we recover from suspended life?

In Mum’s muddled time, she believes she must go home to her long-deceased parents or meet her late sisters or husband or go to the office or market. A year and a half ago, she refused to go home because she thought we had imprisoned her. Now, she stares blankly at me and laughs or smiles at the funny faces I make. It’s clear she has no idea who I am.

Mum and I, we’re living in suspended time. The problem with being at least part Chinese is Confucius’s legacy. You can’t ignore the man any more than even the Chinese Communist Party can, despite their brief respite of cultural revolutionary fervor. His famous analect that begins At fifteen, I set my heart on learning tracks the path of the civilized gentleman who at 60 listens to a “truth” that must be obeyed.

Like obeying my filial duty. All my siblings are married and have less movable homes, spouses, children, pets, or careers. Only one sister lives in Hong Kong. In the earlier stages of Alzheimer’s, my mother feared the loss of her home. At Friday bingo in a home for the aged to which we brought her for therapy and company, she stared at the residents and said so pitiful, knowing she could go home.

For several years, I resisted the idea that I needed to move back because my sister was in Hong Kong and could look in on Mum weekly, and I could pop over for short stays of a few weeks. Mum also still had Maryam, the faithful helper and family friend from Indonesia.

There is nothing comparable to watching a rational, intelligent, independent human being go completely nuts. Which is what happened to Mum. The problem with Alzheimer’s is that it is a disease of the mind, and it was horrifying to witness my mother so out of control. Her behavior became irrational, uncharacteristically cruel toward Maryam and others, and ultimately, dangerously irresponsible. Even before Maryam quit, it was apparent that radical change was needed, but we didn’t have the heart to move her out of home. When the job offer came up unexpectedly, it was a convergence of the inevitable, an Aristotelean reversal of fortune worthy of the best fiction.

So for now, time is suspended. Like Mum, I go through the motions of life and hit the gym often. My man and I break weekly records for how long we can remain on Skype before getting kicked off. Meanwhile, I rack up frequent flyer miles on dazzling platinum.

In fiction, what follows are climax and denouement, which can still be surprising. In this nonfiction, however, what will follow is predictable, the one and only ending.

And then, when that happens, perhaps time will finally become real again. 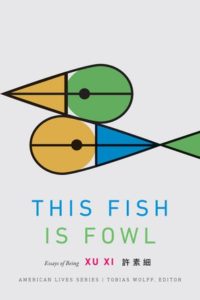 Xu Xi 許素細 is Indonesian-Chinese from Hong Kong and author of fourteen books of fiction and nonfiction. New and forthcoming titles include This Fish Is Fowl: Essays of Being (Nebraska, 2019), The Art and Craft of Asian Stories (Bloomsbury, 2021), and Monkey in Residence and Other Speculations (Signal 8, 2023). She cofounded Authors at Large and currently occupies the William H. P. Jenks Chair in Contemporary Letters at the College of the Holy Cross in Worcester, Massachusetts. A diehard transnational, she has long split her life between the state of New York and the rest of the world. 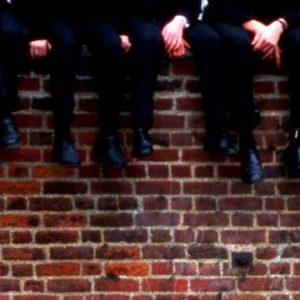