Mimi Lok on ‘Accidentally’ Writing About Her Own Experience

Mimi Lok is the guest. Her debut story collection, Last of Her Name, is available from Kaya Press.

Lok is the recipient of a Smithsonian Ingenuity Award and an Ylvisaker Award for Fiction, and was a finalist for the Susan Atefat Arts and Letters Prize for nonfiction. Her work can be found in McSweeney’s, Electric Literature, Lit Hub, Nimrod, Lucky Peach, Hyphen, the South China Morning Post, and elsewhere. She is currently working on a novel.

Lok is also the executive director and editor of Voice of Witness, an award-winning human rights/oral history nonprofit she cofounded that amplifies marginalized voices through a book series and a national education program.

Mimi Lok: The title story is what took the longest to write. It started as a slice-of-life sketch of two Chinese immigrant sisters in eighties England who have to paint the family house every summer as a chore. I thought it was going to be a story about rituals and fitting in with the rest of the street, and then it morphed over time—I left it and I picked it up, and left it and picked it up again —and then it ended up being “Last of Her Name,” which is focused on this Chinese immigrant family in the eighties England but also this dual narrative about this mother and daughter. The daughter is twelve years old in eighties England, and we meet the mother as a young girl on the eve of the Japanese occupation of World War II in Hong Kong.

Over time, I realized that I am writing a lot of stories about family, love, and Chinese people, when I didn’t necessarily set out to write stories about immigration, identity, and diaspora, but that is my experience. I am Chinese, born and raised in England, and moved to Hong Kong after college. I lived the last decade in the United States. My experience is fractured and scattered, so it’s natural that my stories reflect that.

The House of SpeakEasy Podcast: When Strangers Meet 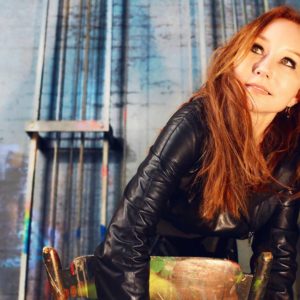 Tori Amos—synesthete musical prodigy, RAINN activist, and one of the most iconic singer-songwriters of the 1990s (easily...
© LitHub
Back to top