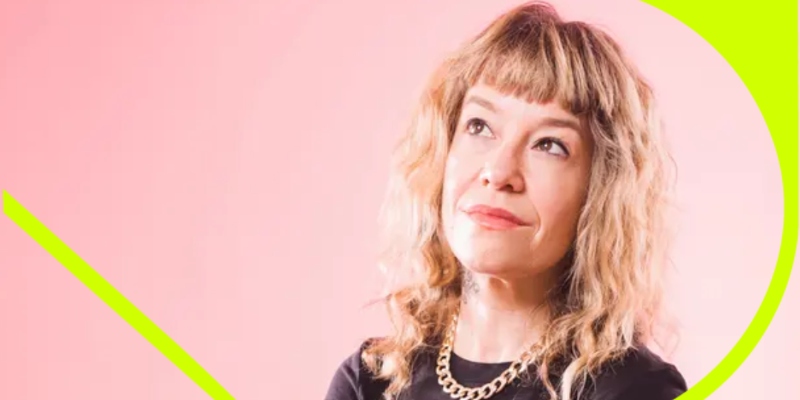 In this episode, Jordan talks with Michelle Tea about her new memoir, Knocking Myself Up, making the decision to get pregnant, her tarot practice, and creating a queer family.

Michelle Tea: For most of my younger adult life, the idea of having a child was ridiculous to me. I mean, I kind of stopped dating people who could get me pregnant when I was around 21. But between the ages of 18 and 21, I had a boyfriend, and so this idea that I could get pregnant was really terrifying, and it was always something to be very much avoided and make sure that we didn’t have any scares. And I never did.

And then that kind of accidental possibility was removed for decades, really. And I would talk about it sometimes. I was in a longterm relationship with a trans man, and I was just like, what if we had a kid? He was so ferociously against it; it got shut down. He was a very dramatic and passionate person. Nothing was ever just “eh.” It was always like NO! Or YES! It was just his personality. So it was a big no.

And I didn’t feel certain enough about it to cause a reckoning within that relationship to be like, well, I want it, do we go separate ways or what? I felt kind of okay letting his big feelings be the deciding factor for me. It didn’t feel 100 percent good because I knew that it wasn’t really me making that choice. But I also felt so ambivalent that I was like, shrug. Probably it would be ridiculous for me to have a kid.

I mean, historically, I’ve always been really broke. I generally don’t have health insurance. I have a history of alcoholism and drug addiction. I’m queer, and it’s so hard to have a kid when you’re queer. It takes a lot more effort. And I love my life. I love my freedom. I love traveling. There were always so many reasons to not have a kid.

And then I was dating somebody—and it was very casual and it wasn’t for very long, but I’m still friends with this person. They’re really great. And they were almost in this teasing way just being like, have a baby. Why don’t you have a baby? They weren’t suggesting they wanted to have a baby with me. They were just being silly and they just thought it’d be funny and cute if I had a baby. And of course I wasn’t going to do it. So it just was like this weird little joke. But there was something in it. There was a truth in it that this person could see me having a baby. And it was really enchanting to see myself through this person’s eyes, that they saw me as somebody who could. It was a cute joke. It wasn’t a joke like “Haha have a baby, wouldn’t that be ridiculous?” It was more like, why don’t you have a baby, that would be so cute. And I was like, really? It would be?

And my sister, who’s the closest person in my life and my best friend, had recently had a baby, and she could see me having a baby. And that was incredible because she knows me so well, and we’re very different. She’s like, oh, you should definitely have a baby, she’d be the best mother ever. And she is. But because of all that, that she could see me having a baby was kind of amazing.

And so it was in my mind, and I was home one night and started Googling “having a baby.” “Should I have a baby?” Can the computer tell me? Can somebody else answer this question for me and solve this ambivalence? And I saw that I was old, I was 40. And I saw all the evidence on the internet of what was happening to my eggs as the clock ticked. And I got really emotional all of a sudden, realizing that I might have missed the boat, and I might be too late. And I started crying. And I was like, oh, wow, I do have a feeling about this! Because I’d been so ambivalent. I’m like, wow, you’re having an emotion that’s actually really meaningful.

And then I grabbed my tarot cards because that’s what I always do whenever I’m on the threshold of having to pick a new path or make a big decision. And I pulled cards and they were really good. They were really, really good cards for what does it look like if I walk in this direction, if I just start checking out can I even have a baby? And so then from that point, I just decided I was going to do it.

Michelle Tea is the author of over a dozen books, including the cult-classic Valencia, the essay collection Against Memoir, and the speculative memoir Black Wave. She is the recipient of awards from the Guggenheim, Lambda Literary, and Rona Jaffe Foundations, PEN/America, and other institutions. Knocking Myself Up is her latest memoir. Tea’s cultural interventions include brainstorming the international phenomenon Drag Queen Story Hour, co-creating the Sister Spit queer literary performance tours, and occupying the role of Founding Director at RADAR Productions, a Bay Area literary organization, for over a decade. She also helmed the imprints Sister Spit Books at City Lights Publishers, and Amethyst Editions at The Feminist Press. She produces and hosts the Your Magic podcast, wherein which she reads tarot cards for Roxane Gay, Alexander Chee, Phoebe Bridgers and other artists, as well as the live tarot show Ask the Tarot on Spotify Greenroom. 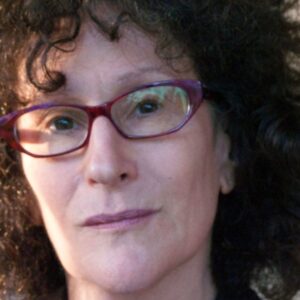 Lynne Tillman is the guest. Her new book, Mothercare: On Obligation, Love, Death, and Ambivalence, is out now from Soft Skull. Subscribe...
© LitHub
Back to top