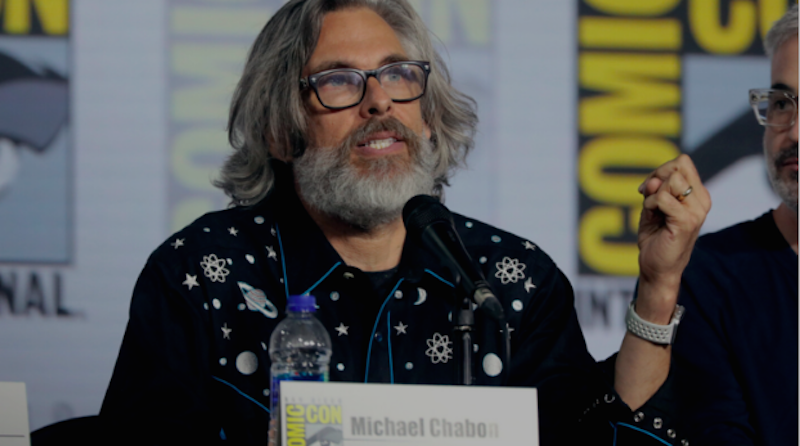 Michael Chabon has apologized for his “complicity” in Scott Rudin’s abuse.

Amid a flood of damning stories documenting producer Scott Rudin’s abusive behavior, Michael Chabon took to Medium and published an apology for “[his] part in enabling Scott Rudin’s abuse, simply by standing by, saying nothing, looking the other way.”

Chabon writes that although he never saw the extremes of Rudin’s abuses of his staff, he “knew enough.”

I regularly, even routinely, heard him treat his staff, from the new kid doing the coffee run to the guy just under Scott on the SRP organizational chart, with what I would call a careful, even surgical contempt, like a torturer trained to cause injuries that leave no visible marks.

He describes an incident in which Rudin threw a pencil at an assistant’s head while Chabon was in his office’s waiting room. “I saw him throw the pencil, I’m certain, only because he didn’t know I was out there in the waiting area.”

Chabon writes his collaboration with Rudin lasted 20 years, beginning in 1994, when Rudin optioned his first screenplay. Chabon resolved not to work with him again when Rudin “began — behind our backs — to demean and shit-talk [Chabon’s] wife.” During that time, Rudin was a producer on the 2000 adaptation of Wonder Boys, and bought the rights to The Amazing Adventures of Kavalier & Clay before the novel’s publication (Chabon and his wife, Ayelet Waldman, are working on a television adaptation of the latter, without Rudin’s involvement).

Chabon concludes by expressing gratitude for the people who stepped forward with their stories initially.

I hope, but have no right to expect, that they’ll forgive me for my passivity and participation in the interlocking systems of dysfunction, bias and abuse that make, enable, reward and, worst of all, glorify the behavior for which, thanks to their courage, Scott Rudin is now being called to account.