Danielle Steel Doesn't Have an MFA, and Other Shocking Revelations

Each year, thousands of writers, teachers, editors, and others in the publishing world gather for the Association of Writers and Writing Programs conference, or, AWP. It’s a spirited reunion for some, a nerve-wracking hell for others (most). For a few blessed people, it’s a time and place where magic happens: a writer scores an agent, an editor finds just the writer she’s been looking for, a poet makes his first sale. Whatever your view of AWP, knowledge is power. Or at least good fodder for happy-hour conversation. To that end, here are some numbers to consider:

Number of applicants for poetry
322

Total number of applicants accepted to both programs
50

Estimated number of newly minted MFA graduates each year in the United States
3,000

To attend a low-residency MFA program (tuition and fees)
$31,184

Average salary of an assistant professor of English at a four-year institution in 2016
$58,242

Average number of tenure-track faculty per creative writing program in 2011
5.1

Estimated number of people following AWP on Twitter at time of writing
26,600

The writer of this piece’s worldwide Twitter ranking at time of writing
6,053,438

Year that Gwendolyn Brooks, the first African American to win a Pulitzer, won her prize
1950

At the University of Minnesota
120

Number that publish in print
609

Percentage of women with by-lines in Pleiades in 2015
50

Number of Stephen King’s sons who have published novels
2

Percentage of those sons who hold MFAs
50 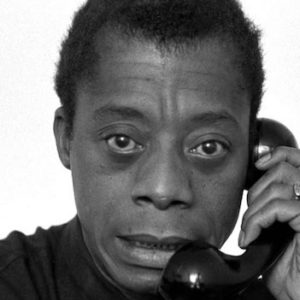 James Baldwin was, undoubtedly, a compassionate man. A Pentecostal junior minister in his teen years, Baldwin eventually...
© LitHub
Back to top