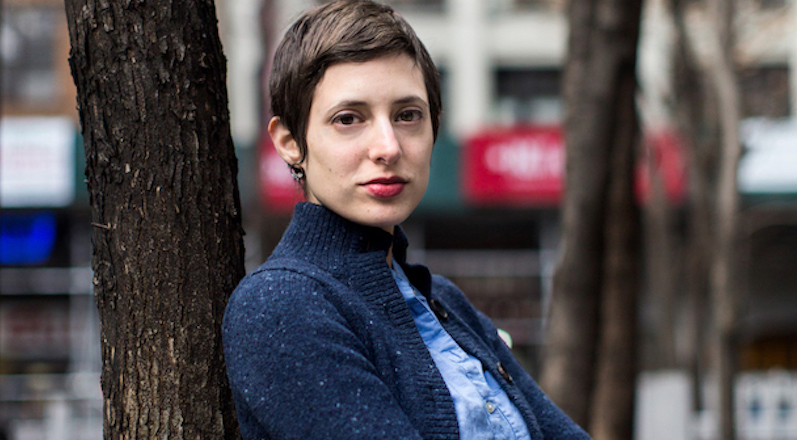 It begins in an almost conventional manner, with a missing person mystery. Alice and her mother, Ella, live a peripatetic existence, which takes them from Nacogdoches, Texas to Brooklyn, New York. Alice copes with the frequent moves by becoming a loner, though she feels a fierce loyalty to her mother, and curiosity about her grandmother, a mysterious reclusive writer of fairy tales. When Ella meets and marries Harold, Alice and she stay still long enough for her past to catch up with them. One day Ella disappears, abducted in front of Harold. This is no ordinary kidnapping though, as Alice and her friend Finch soon find out. Their search for Ella takes them deeper and deeper into another reality, and the secrets of Alice’s origin, and things start to get really weird.

Gabrielle Mathieu: I did feel that the story is gender-driven—that’s been my observation—that maybe there is less leeway for a female character to act aggressively. Have you noticed that as well?

Melissa Albert: I have and I think that’s really interesting and I do think that that’s changing. I think that YA is the leading edge of that change which is so exciting and is one of the reasons I loved reading and writing YA. When big shifts happen and how stories are told and which characters are allowed to take the forefront and how people are allowed to be, I think it’s in YA that those changes are seen first and it’s thrilling and it’s happening all over media but in YA I think it’s happening quite fast.

GM: We’ve had several YA heroines’ rage intertwined with symbolic or literal depiction of fire, for instance, with Katniss Everdeen from The Hunger Games and Rin from The Poppy Wars, it was interesting to me that Alice’s fury is icy. There are lots of references to ice in her story; what makes her anchor different?

MA: That’s an interesting question; I kinda like that fire and ice are in opposition which I never really thought about when I was writing. I think the big difference, if you looking at like a Katniss versus an Alice, is Katniss’s anger is cleansing, right? It’s righteous fire. She wants to burn the city to the ground to rebuild. She wants to burn down ugly institutions. Alice’s anger is not a good thing; it doesn’t have a good worthy end. It’s cold because it’s calculating. It’s like slow and watchful.

Finch is a fan. He says, “There are no lessons, there’s just this harsh, horrible world touched with beautiful magic where shitty things happen.” But many of your readers are big fans of those stories too; why do those fairy tales resonate with current readers?

MA: You know it’s funny, when I go back and read fairy tales, which I obviously grew up reading and loving, I kinda had this memory too of them being kind of like, orderly, and lovely, and having lessons in them but when I go back, they’re so weird and good is rewarded and evil is punished, but it’s such a simplified version of good and such a simplified version of evil that there’s just so much space in the cracks to explore more. That’s why retellings are so fantastic and that’s why these stories have super bendable shapes that people have been and will be playing with for hundreds of years.

So, you take something like “The Juniper Tree” and the tale types are kind of smashed together, so it’s kind of like a “Snow White” and then someone dies and it moves on to like a different shape and there’s like transformation and there’s murder and there’s rebirth and if there’s lessons, then they’re so weird and they’re so tangled and twisted, and I know you can absolutely pull lessons from a tale, you can pull so many things from a tale. I think—I’m not playing with something that wasn’t already there, I’m just kind of walking it in a direction down a little bit of a different path.

I just love writing teen characters. I love the immediacy of the teen experience.

GM: The analogy of being an actor in a story continues throughout The Hazel Wood. Later in the book we meet characters who have come to life from fairy tales. In keeping with the darkness of those fairy tale stories, those characters often act out in violent ways and I thought that was really interesting because in real life people develop personal narratives for themselves and they act accordingly—you know someone may experience themselves as a victim over and over and just have a certain reaction pattern. Don’t you think many real people are prisoners in their own stories as well in acting the same scenes over and over?

MA: Oh gosh, that is a very dark take [laughs] but absolutely, it is not an untrue one. Yeah, I think that you can become imprisoned by circumstance and by, you know, people say change your circumstances but that can be difficult or even impossible—things become falsified over the years. So, your literal circumstances: that’s hard to change, your mental circumstances, like how you process things, that’s incredibly difficult to change but I guess the book has a lesson of hope, right? If you want to take it as a metaphor—which I definitely don’t when I write, like most writers, but when you look back later, you’re like Oh that’s kind of interesting. Maybe this is something I was thinking about and I put it into the shape of a story. But I would never deliberately write allegorically. But it absolutely can be read metaphorically, if you want to, and you can walk away with the hope that if there is a part of your life that doesn’t make you happy, there are escape routes.

GM: Why do you like reading and writing YA?

MA: It wasn’t until 2010 or 2011 that I started reading YA and I rushed through The Hunger Games and I got very excited and passionate about it. When I was a young adult, YA didn’t exist the way that it does now, like the category.  We had Francesca Lia Black, who’s amazing. We obviously had Judy Blume, Lois Lowry, Lois Duncan but we didn’t have Cassandra Clare, and Angie Thomas; they didn’t exist then. So I had to wait and I finally came back and discovered them; it was so thrilling, so yeah, when I sat down and tried to write a book for the first time, it was 2011 for the National Writing Month, actually what came out was a YA book. And people kind of talk about, why do YA writers seem to write YA and some people say well, it’s because they had a great teen-hood and they want to go back to it; some say, there’s something unresolved about their teen years that they want to go back to and I’ve never quite been able to pin down in me what makes me so drawn to the category but I just love writing teen characters. I love the immediacy of the teen experience. And I love how every YA story is a story full of firsts. 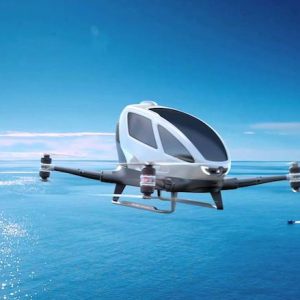 How do you write about tech companies that might be bankrupt by the time your book is published? When we pitched Hop, Skip,...
© LitHub
Back to top