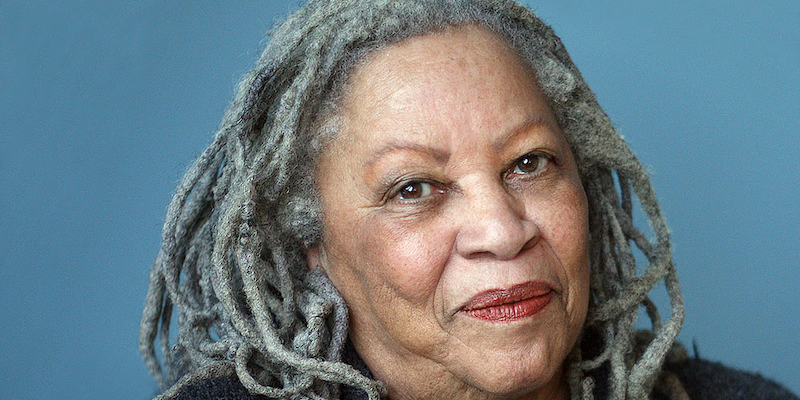 Meet the Creators of the Toni Morrison Project

In Celebration of an Iconic American Writer

On this day, 90 years ago, the great Toni Morrison was born; and in a span of 88 years, she not only managed to publish 11 groundbreaking novels, which earned her a Pulitzer and Nobel Prize, but also championed some of the most enduring Black literary voices of our time.

To celebrate her birthday, I reached out to a few of her most dedicated readers, ones who have taken it upon themselves to honor her, her work, and her legacy—the creators of the Toni Morrison Project: Cameron Bell, Imani Thornton, and Ozichi Okorom.

Cameron is a historian and bookworm from Virginia, who works as a community organizer and educator. Imani is a law school student and aspiring novelist. And Ozichi is a recent college graduate from Queens, New York, and an early career Black feminist artist and researcher.

After realizing they wanted to see more of Morrison’s presence in their everyday lives, they created the Toni Morrison Project with the hopes it would also allow people to find an opening to her work, which is occasionally regarded as too difficult (and rightfully so!). The Project operates across Twitter and Instagram, and posts a citation from a Morrison novel, short story, speech, or essay every Monday, Wednesday, and Friday (with a few notable exceptions—today, for example). You can even submit a quote to their platforms, here.

More than that, though, the Project posts archival photos, videos, critical essays, and letters to showcase the expansive world of Morrison.

The Project began at the end of August and, as of today, has amassed a remarkable following. Some of its most popular posts include a quote from Song of Solomon: “Perhaps that’s what all human relationships boiled down to: Would you save my life? Or would you take it?”; and most recently, Beloved: “Love is or it ain’t. Thin love ain’t love at all.”

Rasheeda Saka: Why do you love Toni Morrison? What does her work mean to you?

Cameron Bell: Her WAY WITH WORDS! Her writing is so crisp, clear, and on point! Also, she consistently and unapologetically wrote about and to Black people—no little explanations to white people, no trying to “prove” Black people are also worthy and artistic. She just wrote!

Imani Thornton: Ms. Morrison’s work has represented the importance of second chances. I first read Beloved when I was in high school and hated it because I didn’t understand it. I revisited her with Tar Baby and God Help the Child which compelled me to try re-reading Beloved a couple years ago. To say I loved Beloved is an understatement. It was one of the most remarkable literary experiences I’ve ever had and it changed the way I think about slavery and its afterlives. I am thankful to Beloved for being around for me to read again.

Ozichi Okorom: I love Toni Morrison because her life and work is an example of a deeply rooted and radical love for Black people. While the English language mostly fails to represent Black feeling, memory, and other forms of knowledge, it never feels so close than when I’m reading one of her essays or books. She has taught me the importance of incoherence, misunderstanding, and silence in forming a narrative. Some things can’t be explained, you just have to feel it! She wrote with love for us and that love is palpable on every page.

RS: Why do you think people should read and engage with Morrison’s work?

IT: The characters that Ms. Morrison created somehow manage to be both familiar and unfamiliar. The best way I can describe it is with the theory that when you dream, every face you see is someone you’ve seen before because your mind cannot invent faces, but it may be a face you’ve seen only once in your entire life. That is the experience I’ve had reading Ms. Morrison’s work—reading characters who are not real but it’s clear they represent someone you or your grandmother or your great uncle may have encountered at some point.

OO: Her storytelling on Black interior life. She created worlds with her words almost as if casting a spell. She told stories about Black girls and women and the difficulty in finding security in the face of so much oppression and injustice. Her work is vital to understanding the nuances and contradictions of being Black in America and she shows us that Black literature captures history in a way that traditional archives don’t. Lastly, if you want to experience language that will tug at your heart, have you puzzled for weeks, warm your belly and make you laugh, then Toni Morrison is the one to read.

CB: Every novel, every article, every speech gives something new to chew on every time you read or reread it.

RS: What is your favorite Morrison novel?

OO: The Bluest Eye has meant a lot to me. I read it for the first time three years ago, after having already read some of Toni Morrison’s later works, and it was amazing to see where her career started. Morrison portrayed Pecola Breedlove’s all consuming desire to be loved as tied to her appearance with such innocence. She embodied the violence done to Black girls like Pecola who grow up fully convinced of their inferiority. This book allowed me to deeply reflect on the role desirability and colorism shaped my upbringing as a young Black girl and to continue to hold space and tenderness for other Black girls trying to find themselves among a world of hatred and misogynoir.

CB: Song of Solomon. I literally tell this story every time I talk about it, but it is just too perfect: I received this novel as a gift in college and to this day have no clue where or who it is from. I got a package with Song of Solomon and Ellison’s Invisible Man in February that I didn’t order and none of my friends or family ordered. I read it that summer and it pushed and challenged my imagination in ways I didn’t think possible. The historical and Biblical allusions are just *chef’s kiss* I also could not have read it at a more pivotal time in my life, coming off of a year of campus protests and trying to get the administration to do better, and entering a senior year where I had so many decisions to make about not only my senior independent work but also what I wanted my work to look like post-graduation.

IT: Sula. I have read most of Ms. Morrison’s books on trains or pacing around outside and I have very vivid memories of rushing through Sula on a spring day while commuting from work. There was something about Sula that touched me deeply, particularly its focus on the complications that arise out of friendships between Black women. It’s also a book that as soon as I finished it, I knew I needed to read it again one day.

RS: Which of Morrison’s books do you think is highly underrated?

CB: Paradise. I finally read it last year and was blown away, in a similar way to how I felt when I first read Song of Solomon. It is breathtaking, haunting, surprising, and timely in so many ways.

IT: Tar Baby. It’s the most mysterious Morrison novel (that I’ve read) to me.

OO: Jazz. The perspective shifts are extremely dynamic! It is sensuous, unconstrained and rhythmic like the musical genre.

RS: What book would you recommend to a first time reader of Morrison?

IT: The Bluest Eye, and it’s not just because it was written first!

OO: Beloved; it was the first book I read from her.

CB: Sula or The Bluest Eye.

RS: What is your favorite quote on the Toni Morrison Project’s social media accounts?

OO: “Imagine yourself in that dark, all alone in the sky at night. Nobody is around you. You are by yourself, just shining there. You know how a star is supposed to twinkle? We say twinkle because that is how it looks, but when a star feels itself, it’s not a twinkle, it’s more like a throb. Star throbs…Stars just throb and throb and throb and sometimes, when they can’t throb anymore, when they can’t hold it anymore, they fall out of the sky.”  –Tar Baby

In this quote, Son is telling Jadine what it feels like when they are together, likening their passion to stars about to burst. The world around us (and beyond) contains so many metaphors for human relationships and Toni Morrison draws on them when literal description are inadequate. I think it’s brilliant. It’s a kind of knowledge that I feel is taken for granted but is well within our oral and literary traditions as Black people.

CB: “Can’t nobody fly with all that shit. Wanna fly, you gotta give up the shit that weighs you down.” –Song of Solomon

I mean, you already know what it is! This is my favorite quote from my favorite book. My man Guitar was always speaking unfiltered truth. I just adore how direct and apt this statement is, for this point of the story and in general. It evokes literal flight in a way that pushes my imagination of what it means to be free and how we get there. It is a simple yet profound assertion and advice: flying (liberation) is possible, if only we can give up the shit that weighs us down. Now, not to go toooo far on a tangent, how this plays out in the story is also complicated by questions of what exactly is weighing the characters down? Who and what do they leave behind in order to flee? What is that legacy?

IT: “This soil is bad for certain kinds of flowers. Certain seeds it will not nurture, certain fruit it will not bear, and when the land kills of its own volition, we acquiesce and say the victim had no right to live.” –The Bluest Eye

The care that Ms. Morrison took in writing The Bluest Eye and her other works, is captured in this line. Her work, while not perfect, isn’t interested in the pathologization or victim-blaming of its Black characters but is invested in something deeper—about what kind of world we live in where “tragedy” is not only the norm but required to make others feel good about themselves. I also think this is one of the best metaphors I’ve ever read.

Rasheeda Saka was Literary Hub's 2020 fall-winter editorial fellow. In 2018, she was named one of Epiphany Magazine's Breakout 8 writers for her short story "The Killers' Den." Her work has appeared in Alta Online, Literary Hub, and TriQuarterly.

Can a robot write a play? We’ll find out this month. 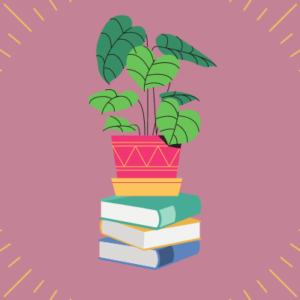 If you, dear reader, have gotten really into your houseplants during this quarantine, this list is for you. Partially because...
© LitHub
Back to top