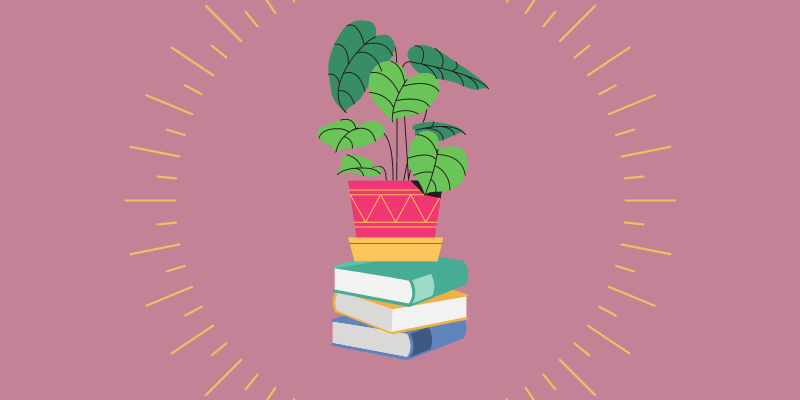 If you, dear reader, have gotten really into your houseplants during this quarantine, this list is for you. Partially because I am obsessed with my own 33(!) plants and partially because I am trying to make the lunch trip I took to my local nursery count as work, here you have it: the books to read next based on your favorite potted friend. 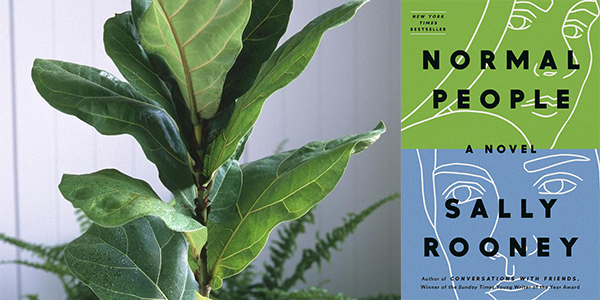 I’m sorry, but everyone in Brooklyn has tried their hand at the aloof but coveted fiddle-leaf fig at least once. On day one, you couldn’t stop Instagramming her. By the time two weeks goes by, she’s barely hanging on, threatening to leave you. If this is you, perhaps you also stood outside the Books Are Magic event featuring the Irish superstar Sally Rooney. Perhaps you bought the book and then binged the Hulu series. Millenial popularity aside, the hard-to-pin-down relationship between Sally Rooney’s protagonists will remind you of the way you feel about your finicky green friend. 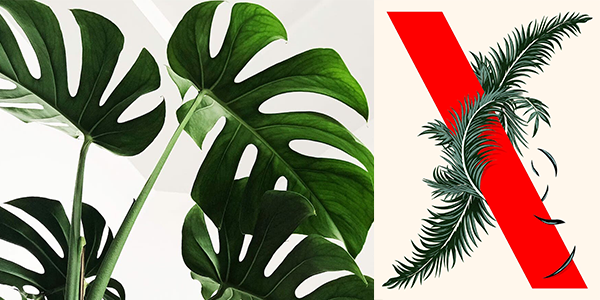 Did you know that monsteras have those slits in those leaves because it helps them take up more space and suffocate their competition without expending the energy to grow a whole new leaf? There’s something brilliant and also a little sinister about this, in a way that’s very reminiscent of Jeff VanderMeer’s series. In the Southern Reach Trilogy, the government has cordoned off Area X, a dangerously evolving terrain that seems to have been reclaimed by nature… 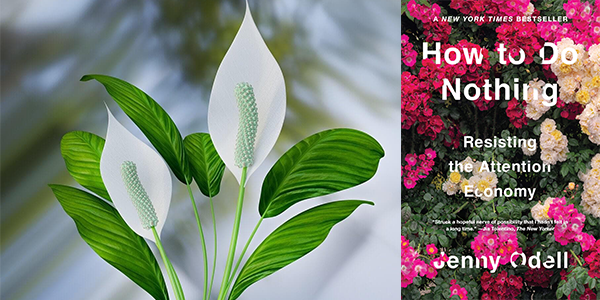 Peace Lily → Jenny Odell’s How to Do Nothing

You probably got a peace lily because your mom told you it purified the air. Artist, writer, and avid bird-watcher Jenny Odell’s book will do this for your brain. She encourages you to think of your attention as a valuable resource and asks what you would turn your time to if you didn’t feel like you had to be productive 24/7. It’s curative. 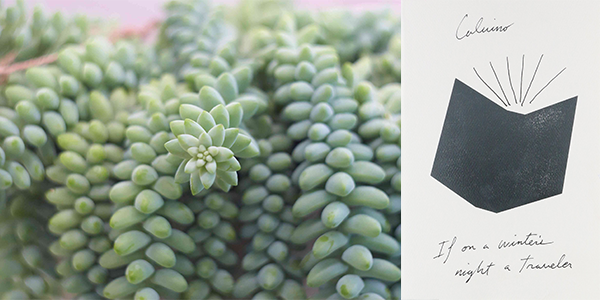 The burro’s tail is truly the plant equivalent of Italo Calvino’s masterpiece of a novel. First of all, it’s named after a thing it was thought to resemble, not unlike the way books keep getting mistaken for other books and people get mistaken for other people in this novel. If you love the burro’s tail for its easy propagation, the way its leaves drop off and essentially plant themselves in the soil, you will also love that If on a winter’s night a traveler features stories that get interrupted and break off into their own tale. 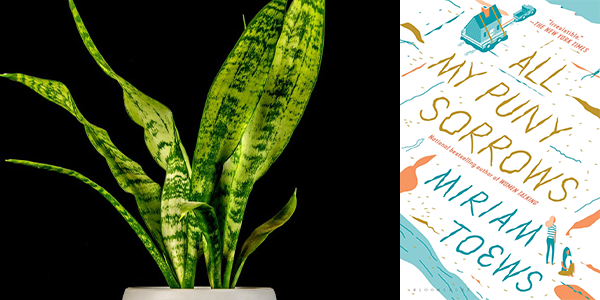 The snake plant is probably the hardiest houseplant out there. Also called the mother-in-law’s tongue, it is much beloved because it can thrive in places with very little light. There’s an optimism to this plant, and for this reason, it is best paired with Miriam Toews’ novel, which stars two inseparable sisters as one of them wishes to end her life. At turns heartbreaking and genuinely funny, this is a story for those of us who can make the best of a dark situation. 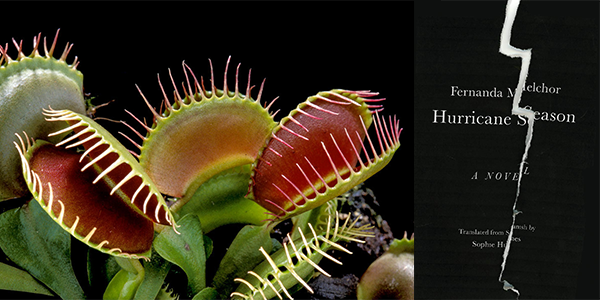 Look, this carnivorous plant is just looking for a sacrifice, not unlike the townspeople that spread rumors and blame in the incredibly dark and propulsive Hurricane Season. In the opening chapter, the local witch is found dead, and the novel circles in on itself, trying to figure out how we got here. Get ready to feel the jaws of this one slam shut on you. 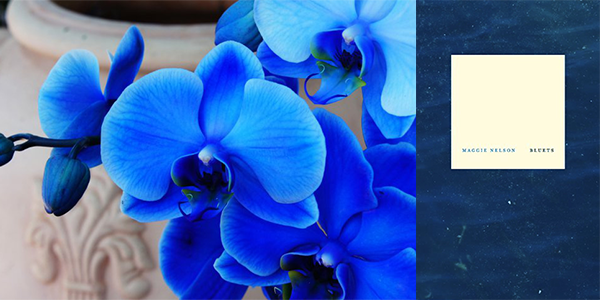 Ah, the orchid. Are you a flower or a plant? It’s a beautifully evolved and domesticated hybrid, and there’s something about that middle space that screams for Maggie Nelson’s lyric essays on love, loss, art, and beauty. 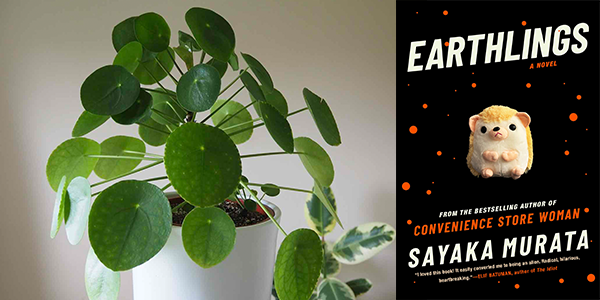 Some people call them Chinese Money Plants, but others know them only as UFO plants. Whatever you call them, you know they look unlike any other plant you’ve ever seen. Their round leaves do indeed sort of look like flying saucers, and if it’s this out-of-this-world feeling you love, you will very much enjoy Sayaka Murata’s Earthlings, a novel about not fitting in. 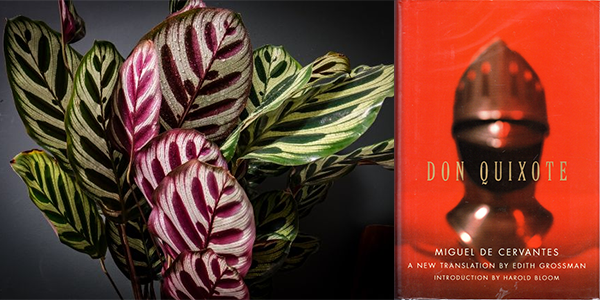 Okay, this one might be a stretch but hear me out! The calathea is very commonly brought into offices because they don’t ask for a lot, but they really brighten up the space. They come in a variety of fun colors (some even have shades of hot pink). They’re also very dramatic. They droop like they’re dying at the first sign of thirst. For this reason, I would compare them to the master of exaggeration, Don Quixote of La Mancha—equal parts enjoyable and attention-seeking. 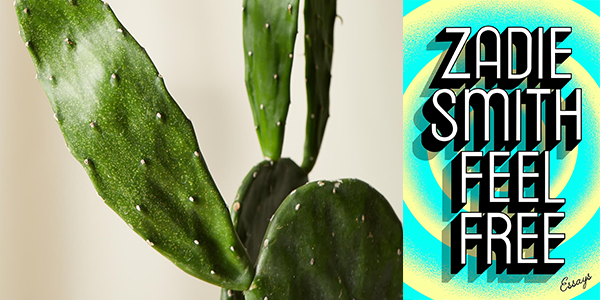 If you’re intimidated by the prospect of plants, you might opt for a cactus. Similarly, if you want an easy entry into Zadie Smith’s impressive and extensive oeuvre of critical writing, you ought to reach for her collected essays. But make no mistake: she’s sharp as ever in these pages. 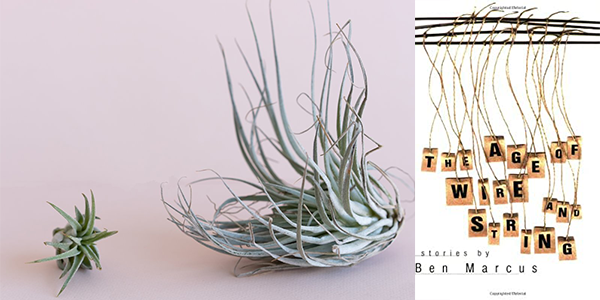 So your favorite plant is the air plant, eh? If you’re into those weird little guys that don’t even need soil (they just suck their nutrients from the air!), you are probably into the rule-breaking realm of experimental fiction. If this is the case, I recommend Ben Marcus’ deep defamiliarization of everyday objects. The way the air plant says “Who needs soil?” — this book does that with our conventional language. 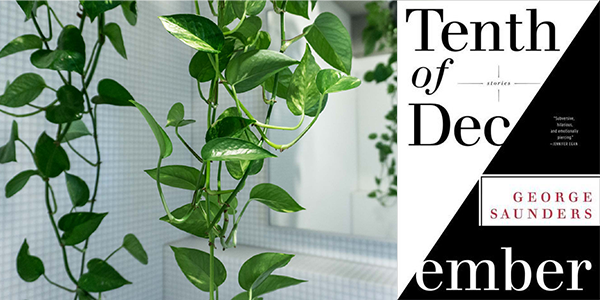 Everybody has a pothos that they got from a friend who was propagating their pothos plant. Similarly, I imagine most of you have George Saunders’ beloved story collection sitting on your bookshelf. But have you read it?! Read it again. Like the pothos, which comes in wildly varying hues and patterns, each story reaches a different emotional register from the one that came before. Also, fun fact: while pothos plants are arguably the most common household plant, what a lot of people don’t know is they are poisonous if ingested. In other words: proceed with caution as you devour these stories.