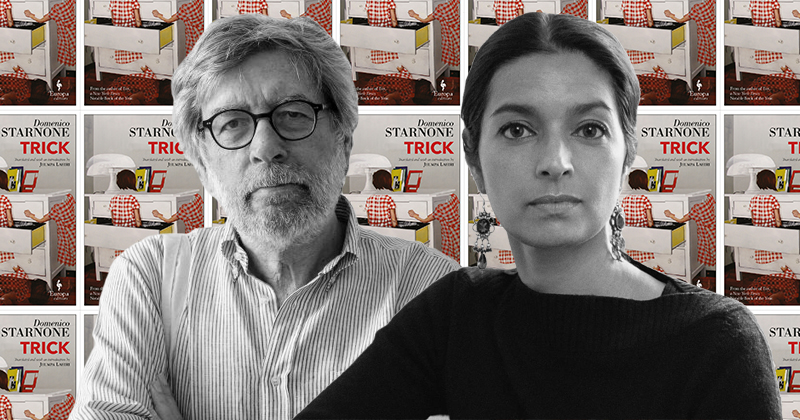 Domenico Starnone’s Trick, translated by Jhumpa Lahiri (Europa Editions), in which an aging illustrator contends with his formidable four-year-old grandson, is a finalist for the 2018 National Book Award in Translated Literature. Literary Hub asked Starnone and Lahiri a few questions about their work, their lives, and the books they love.

Addio ai fantasmi (Farewell to the Ghosts) by Nadia Terranova (Einaudi, 2018). I just finished it and it moved me deeply.

I told my wife, first of all.

The works of Dante Alighieri, Orlando Innamorato by Matteo Maria Boiardo, the novels of Jane Austen, the work of Franz Kafka Italo Calvino, and Clarise Lispector.

When you write, do so without shame.

I felt as if my voice, usually low, was suddenly raised without my willing it.

The best book I’ve read this year is called L’Apparizione, by Rocco Carbone, an Italian writer who died in a motorcycle crash in 2008, when he was just 46 years sold. It is a meticulously written, deeply distressing and intensely mysterious novel, at once mythic and relentlessly specific. It impressed and agitated me from start to finish, and I would love to translate it someday.

My husband, though technically I didn’t have to tell him, as he was in the next room and figured it out from my excitement on the telephone. I then sent a WhatsApp message from Rome to Tiziana Rinaldi Castro, my friend and fellow writer who lives in Brooklyn. Just about a year ago, during a series of meetings and Skype calls, she had patiently and generously listened to me read the whole of Trick aloud, after I had finished the translation, and she gave me precious feedback, especially with the Neapolitan words and atmosphere of the book. Her effusive reply to my WhatsApp message consisted entirely of emojis and made me smile for the rest of the night.

I have always liked to write in the morning, not too early, after coffee, before anything else can interfere.

How do you tackle writer’s (or translator’s) block?

I don’t consciously suffer from writer’s block or translator’s block. At times I’m “blocked” by the obligations and complications in life that keep me from writing or translating. But without those complications, many of them quite joyful, there would be little to write about. Writing for me isn’t necessarily about writing. It’s about a state of mind, about inhabiting and maintaining a certain silence and access to a creative space. That said, on days when my brain is tired, or when I need a break from what I am working on, I like to go to a museum to look at art, or to the library to look up words in dictionaries.

The Metamorphoses by Ovid. Just the other day I re-read a part of it: Book Six, which recounts the myth of Procne and Philomena. A contemporary Italian novel by Igiaba Scego, about two sisters, lead me back.

I teach full-time at Princeton University. It’s hard to write while teaching. I prefer to translate, which I do on the days I don’t have to teach. That is how I translated Trick. I prefer to write in the summers, when there are fewer demands and interruptions and I feel more alone with my thoughts. I am currently on sabbatical, so I am writing at the moment, as opposed to translating. But a year from now, when I’ll be teaching again, I would like to be translating something new.

You’ve discussed reading Henry James’ short story “The Jolly Corner” in both English and Italian to help you understand what Starnone is doing in Trick. How did reading James in Italian shape your own decisions as a translator?

The most exciting part of reading “The Jolly Corner” in Italian was reading Domenico Starnone’s copy of that book, a dual-language edition which he had copiously annotated. Noticing what he had underlined on one side of the page versus another, what terms he had circled, and what comments he’d made in the margins was a great privilege and, needless to say, illuminating. Trick is, among other things, about two texts that meet across space and time and converge. Starnone’s annotations enabled me to read and to consider James from an entirely different linguistic and cultural point of view. 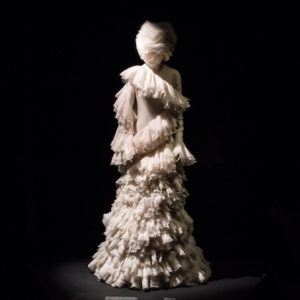