Shane McCrae’s In the Language of My Captor (Wesleyan University Press) is a finalist for the 2017 National Book Award in Poetry. McCrae is a flexible, experimental poet investigating the way history lays over (and under) the present moment; francine harris described his fifth collection as “a masterful hybrid that at once revels in the lyric and mocks it for its failures. What good is knowing the language of the oppressor, the jailor, In the Language of My Captor seems to ask, when articulation can’t enact liberation? The voices in this book create a landscape, indeed a village, haunted by abandon, intrusion, imprisonment and determinacy.” Literary Hub asked Shane a few questions about his book, life as a poet, and how it feels to be a finalist. 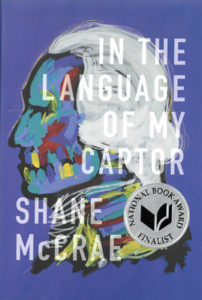 My partner, Melissa. She and I have different sleep schedules, and so I had to wait a few hours until she woke up. Those were hard hours. But I wanted her to be the first person I told.

Lately—for the past five years or so—I haven’t gotten writer’s block, exactly. What has happened instead is that I’ve gone through stretches during which I’ve been able to write but unable to write anything I like. This, it turns out, is far more terrifying than straightforward writer’s block—for me, at least. With writer’s block, there’s always the hope that once one is able to write again—if one is able to write again—one will be just as good at it as one was before. But during these stretches of greater-than-usual incapability, I fear I’ve lost whatever meagre skill I had, and I have no reason to think it will come back. After all, I can still write—I’m just bad at it. It’s harrowing. I have no tips for getting through it; I still feel shaken by the last time it happened.

My Bloody Valentine’s Loveless. I hardly ever listen to it these days, and haven’t really for 20 years, maybe, but it’s my favorite album of all time, and I honestly do think about it almost every day. I wouldn’t be who I am without it.

Try not to use the construction “there is.” Lex Runciman, with whom I studied at Linfield College, taught me that. It sounds like a small thing, but it had an enormous impact on me. It was a way into thinking about what I wanted my writing to be.

How did you choose the personas that you inhabit in this book?

Yesterday, I was browsing in Unnameable Books, and I spotted a new biography of Vivian Meier. And instantly I knew I had to buy it, and I knew I had to write poems about Vivian Meier. I don’t know why, exactly. But it was much the same with the personas in In the Language of My Captor—I didn’t consciously choose to write about them so much as I felt like I couldn’t choose not write about them. I stumbled across each: Banjo Yes grew out of a conversation Melissa and I had about Stepin Fetchit, the speaker of the poems in the first section of the book was born when I happened to glance at the cover of a book about Ota Benga—almost instantly—and I first learned about Jim Limber on Twitter. In this way, discovering personas, for me, is much like writing poems: I have to be available for it to happen, and sometimes it does.

Do you set out to build certain forms and structures in your work or do they occur organically as you write?

A little of both, really. I tend to fall back on writing sonnets, and all the poems Jim Limber speaks in the book are sonnets, but with the first section I allowed the shape of each poem to be determined by its initial stanza—if that first stanza had, say, 17 feet, then every stanza after it would also have 17 feet. And the poems in the Banjo Yes section, while still iambic, were for the most part structurally free. 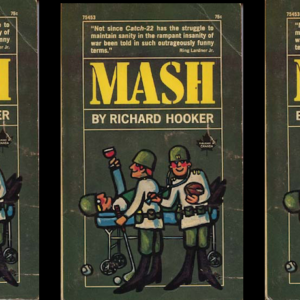 How Helen DeWitt’s Lightning Rods, a satire of workplace sexual harassment, has come to read “like a work of credible...
© LitHub
Back to top
Loading Comments...