TODAY: In 1997, Hiester Richard Hornberger Jr., American writer and surgeon who wrote the novel MASH (1968) under the pseudonym Richard Hooker, based on his experiences during the Korean War, dies.

Patrick Rosal writes a letter to the lady who mistook him for the help at the National Book Awards · Amphibious creatures, fake news, and more: 17 books to read this November ·Illustrated literary witches, from Angela Carter to Zora Neale Hurston · In mid-life, the wonderful non-deliverance of ayahuasca· How to skewer a novel: Éric Chevillard on Florian Zeller · On designing book covers: the how is more important than the what· Sacha Batthayany on discovering his family’s murderous Nazi past· Dinty W. Moore tries to find the mythical middle ground between science and religion · The food writer who lost her sense of smell· Gabrielle Bellot on finding refuge in a queer vampire novella
This week on Book Marks:
A necessary act of witness: On Richard Lloyd Parry’s Ghosts of the Tsunami · The suburban witches of Alice Hoffman’s Practical Magic · Book critic Kerri Arsenault on Upton Sinclair, exiles and misfits, and binge-reading Trump books · More often grotesque than terrible: An 1897 review of Bram Stoker’s Dracula · The New York Times says Joe Hagan’s controversial biography of Rolling Stone founder Jan Wenner is “a joy to read” · “She tries to find a female way of being serious”: Martin Amis’ less than glowing review of Joan Didion’s The White Album · Elizabeth Hardwick “could do more in six words than any Hemingway type, including Hemingway” · Joe Hill, Daniel Alarcón, Mark Helprin, and more: the best-reviewed books of the week
Lit Hub Daily
Share: 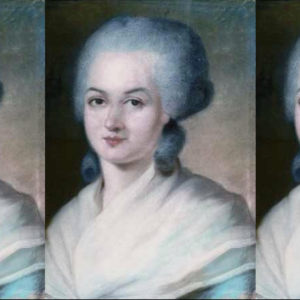 Kaveh Akbar: “Bewilderment is at the heart of every poem.” | Literary Hub Did the KKK shape modern comic book...
© LitHub
Back to top