6The 2017 National Book Awards (also known as the Oscars of the literary world), will be held on November 15th in New York City. In preparation for the ceremony, and to celebrate all of the wonderful books and authors nominated for the awards this year, Literary Hub will be sharing short interviews with each of the finalists in all four categories: Young People’s Literature, Poetry, Nonfiction, and Fiction.

Leslie Harrison’s The Book of Endings (University of Akron Press) is a finalist for the 2017 National Book Award in Poetry. The collection takes absence as its subject—as Maurice Manning put it, in these poems, “grief and solace meet. There is also the clash between isolation and the profound solitude encountered in the natural world. The result is an ongoing prayer for consolation, even if such prayer flies into the heavens without answer. Yet these predicaments leave us this absorbing book, an island in the sea of the human spirit, and a claim for the transcendent value of art.” Literary Hub asked Leslie a few questions about her book, life as a poet, and how it feels to be a finalist. 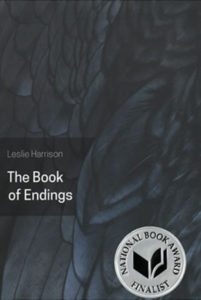 My mother. Though it would break her heart, so maybe not.

Miss Donahue, my high school English teacher, who first recognized that there was something going on with me and poetry. We were using an anthology for our brief unit on poetry, and I carried that book everywhere, read it when I should have been doing other things. At the end of the unit, she took a tattered copy out of the school’s inventory and gave it to me. That book and that person—something changed. Something shifted, and I didn’t know it for a long time, but the change was tectonic.

Where do I even start? How could there be only one?

Jeannie Vanasco’s The Glass Eye—it is my new favorite memoir. Seriously—go read it. It is funny and smart and sad and gorgeous.

Allison Benis White’s Please Bury Me in This. I don’t know how she even does what she does, but I am a huge fan of her work.

And there are two books I’ve seen lots of poems from in journals, and I can’t wait to read them as a whole book, because they are going to become answers to this question. One is Shara Lessley’s The Explosive Expert’s Wife, due out next year, and the other is Charlie Clark’s Summer Music, which I think is still looking for a home, but which I really, really want in the world.

Mornings. I love to walk the dogs, then settle back in at home with a pot of tea and a stack of books. Mornings are when the world is on pause out there somewhere. The day is diffident, a little shy; it keeps its distance for awhile. I can be quiet and still and language seems both magical and efficacious, which might be the same thing.

Dork alert: I’ve read The Lord of the Rings annually since I was a teenager.

Probably that isn’t what you mean. Probably you want to know about poetry. My desert island poetry books are Berryman’s Dream Songs, Bogan’s Blue Estuaries, everything Brigit Pegeen Kelly wrote, anything by Gwendolyn Brooks, and my beloved Gerard Manly Hopkins.

For you, how is poetry (reading or writing) useful in times of grief?

I distrust the idea of utility and literature. I think literature is useful in the way oxygen is. Living without it isn’t an option, but it doesn’t do anything beyond allowing you to go on breathing.

After my mother died, I could not read. I could not write. I couldn’t stand to watch TV or movies, except stuff I’d already watched. I was also not sleeping and not eating. Twenty-four hours is a LONG time if you don’t spend any of it sleeping, eating or writing.

What saved me was walking and hiking in the woods, staring at the lake. I had a lot of time on my hands, so I’d go out on clear nights and lie in the yard or in the meadow (or on the ice of the lake that first winter) and stare at the night sky, watch the moon make its way, feel the spinning of the planet. I’d swim out to the middle of the lake and float, and watch the earth turn its back on the sun. Or float in the lake while a summer rain pounded down, until I couldn’t tell where water and I met and ended. Day, night, winter, summer—it didn’t matter.

It was a comfort in those days that the world didn’t appear to be actually ending, but I kept having to go check on it. I became allergic to being indoors, to feeling confined. My house would be 40 degrees after a cold night with the windows open and I didn’t care. I’d fire up the wood stove but leave the windows open. Everything except my house felt like a prison, like I was suffocating.

Grief is so individual, so private, that I think it is only after the period of intense mourning passes, only after you’ve adjusted to this terrible new world, that you can begin to learn its language and its geography. Then, I think, poems can say to you hey, you’re not alone in this, or hey, maybe hear it this way, maybe see it though this lens. 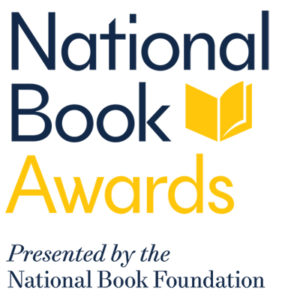