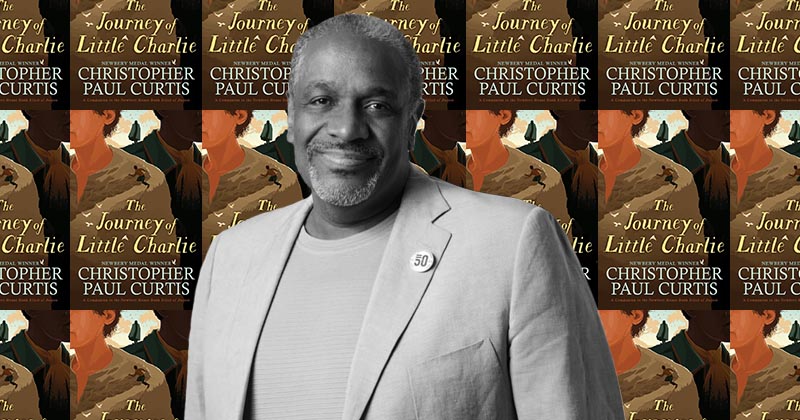 Christopher Paul Curtis’s The Journey of Little Charlie (Scholastic) is a finalist for the 2018 National Book Award in Young People’s Literature. Set on a plantation in South Carolina in 1858, it tells the story of a young son of sharecroppers who goes on a journey and sees the light. Literary Hub asked Christopher a few questions about his book and life as a writer.

My father who died 2 years before I was published. When he died I was 40 years old working as a lawn maintenance guy at an apartment complex. The only thing that would have exceeded Dad’s pride at what I’ve done would be his sense of shock!

The one who it would matter most to, my wife Habon.

It’s getting earlier and earlier. I’ve always been a five o’clock wake up guy (13 years of factory work will do that to you) but now it’s getting ridiculous, I’m getting up at three and writing. Help!!!

By not believing in it. If a story bogs down it’s trying to tell me something. I set it aside, wait for however long and look at it with fresh eyes. It’s always worked for me. I believe once you label yourself as being blocked you’ve thrown in the towel.

Young People’s Literature is now often seen as being more conscientious about representation (including ethnicity and race, a more broad spectrum of sexuality and gender, etc) functioning as both a window and a mirror to our culture. What do you see as the future of YPL, and what lessons would you like the wider industry to take away from the evolution of YPL?

One of the things I stress during school visits is the need for more stories to be told by young people who are a part of the group of “others.” I want them to know that their stories are needed and precious and scarce. I point out that no one in the world has lived the life they’ve lived and there are people who are interested in what they have to say. Using a baseball metaphor, what I hope I’m doing is a form of coaching in the minor leagues. I’m trying to encourage a prospect to keep going, that learning to write well has the capability to carry them far in life. And even if they don’t eventually become published they will have become better communicators and can find solace in the act of writing.

I would feel very pompous and out of my league to tell the wider industry how to conduct itself. My only suggestion would be more inclusivity in the editorial ranks. I was lucky in my career, and things that were invisible to some editors were fully understood by others. Increased diversity in the publishing industry would no doubt lead to greater representation. 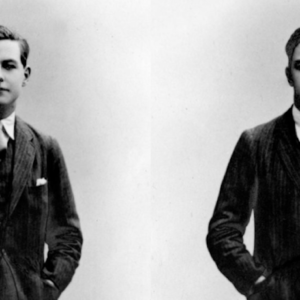 Sarah Rainsford follows the trail of Our Man in Havana to uncover some of Graham Greene’s Cuban haunts. | Lit Hub ...
© LitHub
Back to top