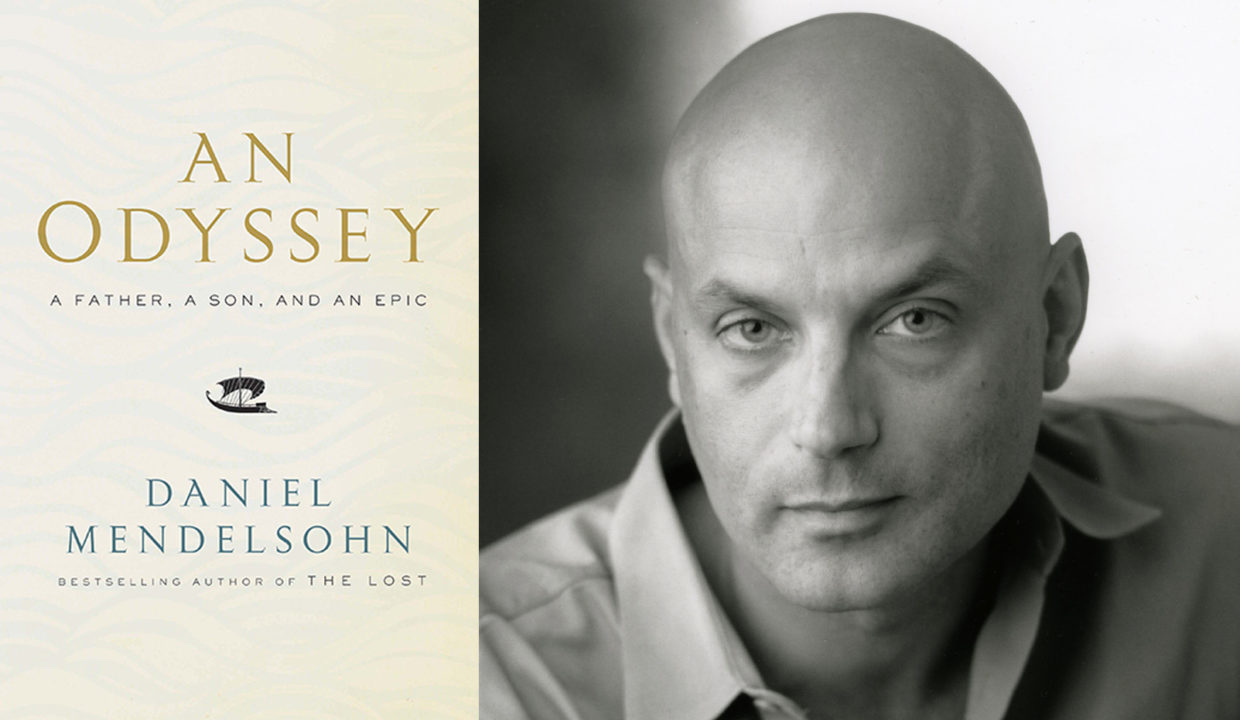 The UK’s prestigious Baillie Gifford Prize, which seeks to honor the best of non-fiction every year, written by authors of any nationality, will announce its winner on November 16th. The winner, chosen from a shortlist of six, will receive a prize of £30,000; each shortlisted author will receive £1,000. In advance of the announcement, Literary Hub interviewed Daniel Mendelsohn, whose book An Odyssey: A Father, A Son and An Epic, a memoir that unspools what happens when Mendelsohn’s father signs up for his undergraduate course on Homer’s classic, is shortlisted for the award.

The greatest challenge posed by this particular narrative was getting the structure right. I knew fairly early on that I wanted to arrange the elements of my narrative—the childhood flashbacks, the story of how my dad took my Odyssey seminar, then the story of the “Retracing the Odyssey” cruise we went on, and finally his illness and death—in a way that would parallel the structure of the Odyssey itself, but it wasn’t clear to me until fairly late in the writing process just how to accomplish that. Until that point, I had been making a mistake that, ironically, I myself have referred to in some of my critical writing about books and film: Aristotle, in his discussion of structure in the Poetics, warns against telling a story by narrating everything that happened in order, from A to Z. (For instance, I mentioned Aristotle’s caveat in my review of the movie Troy, which was so boring precisely because it just goes through every event in order and had no narrative snap.) And so, in the original manuscript, I had four discrete sections, the Introduction with all the childhood memories, then the classroom narrative, then the story of the cruise, and then my dad’s decline. And it just wasn’t working. All the material was there, but it wasn’t adding up. And then I suddenly saw that I needed to think epically, or indeed “Homerically”—to start right in the middle of the present-day event (“in medias res”) and then work backward from that, to layer the flashbacks and flash-forwards, to use stories-within-stories (“ring composition”). Once I did all this—once I used the ongoing narrative of the classroom experience as the backbone of the overall narrative and then embedded the childhood memories and the scenes aboard the cruise and hospital material within the classroom scenes—it all fell into place pretty quickly. It was funny that I had been making this mistake that I’d pointed out in others’ work, but I suppose that it’s not that surprising. When I write as a memoirist, I’m likely using a different part of my brain from the one I use when I’m writing as a critic.

I must say I find this an alarming question; allow me to push back a little in a friendly way. As a person who has devoted much of his career to narrative nonfiction, and indeed to working out ways to refine a subgenre that entwines memoir and literary criticism (as I’ve done in all three of my memoiristic books), I dislike the implication that nonfiction can be reduced to a subset of journalism or research paper (“research-heavy”). I’m a bit prickly about this subject because I still see a heavy bias in the general culture toward fiction as the only truly “creative” or “literary” endeavor, a bias that denies the stylistic and creative achievement of much nonfiction (a great deal of which, incidentally, does not involve research), particularly in the past two decades. Nonfiction writers think about more than “research” or “getting the facts”; we worry about narrative and structure and prose style and ways of shaping narrative to underscore our themes, just as novelists do. (I’ve written three works of narrative nonfiction and only one of them, my Holocaust book, is even remotely “research-heavy”; mostly I’m interest in narrative and memory and the way those two things inform each other, and “research” plays no part.) And anyway, the best “heavily researched” nonfiction is good not because of the research but because of the storytelling: Caro’s biographies, Capote’s In Cold Blood, and so forth. As for novels being a respite from anything, that to my mind is a characterization that does a disservice to the novel and its many forms, some of which necessarily partake of journalistic or scholarly methods and techniques: I can think of great novels the composition of which was, you suspect, “research-heavy” (War and Peace? Grossman’s Life and Fate?) So I just think the question is implicitly drawing a line between genres when, to my mind, the most interesting writing in the past twenty years, both fiction and nonfiction, is writing that has, if anything, blurred those lines (Claudio Magris, Knausgard’s My Struggle, among many other examples).

Anyway, I guess the above adds up to a resounding “no”!

A question that always makes me squirm! There are many wonderful books out there, none of them is perfect or clearly “best,” and it’s just not clear to me how to rank one extremely good book against another. (And I dislike “best of” lists in general: “ranking” is in the end a commercial, not a literary, activity.) That said, I can mention a favorite book of mine this year: the marvelous Days Without End by Sebastian Barry. The narrative voice is unlike anything I’ve encountered recently; in its disarming and sometimes heartbreaking ingenuousness it reminds you of Moby-Dick, maybe, but apart from that I can’t think of a model. I hope this terrific author finally gets the renown here that he deserves, which he has had in the U.K. but not yet in the U.S. As soon as I finished Days Without End I ran out and got all the others and many are at the same fantastically high level, not least A Long Long Way, Barry’s wrenching World War I novel. An amazing writer.

I’ve never stuck to any kind of schedule for writing: I write when I need to. That said, I’m nearly thirty years older than when I started out as a freelancer in 1990, and there are things I just can’t do any more—for instance, I used to pull all-nighters to get a piece in on time, and I can tell you that that’s just not happening anymore. When I have my druthers, I work early in the day: I’m a very early riser and I do like to write in bed in the mornings, from around 6:30 to early afternoon. But for me the important thing is that I can’t just leave a piece of writing in the middle—I’ll write as long as it takes to get to some organic break in the narrative, the end of a subsection or something like that. I know writers who write a certain number of hours each day, or a certain number of words, but for me that key thing is getting some discrete chunk of text completely finished. Then I can rest for a bit.

I was a working writer from the moment I left graduate school in 1994—it wasn’t until a dozen years later that I took the part-time university position I now have—and working writers can’t afford writer’s block. You have deadlines and you make them (more or less), because if you don’t make them, you starve. Still, there are, of course, times when the words just aren’t coming, and you have to figure out ways to handle that. In the case of my critical writing, if a piece isn’t coming right away I’ll sometimes try writing some version of the end first, and that usually jogs something loose—but for me it’s not a great way to proceed, frankly, because my usual method is to start at the beginning and write the whole first draft straight through in one day, even if it’s a five-thousand-word New York Review essay, and I need to have my lede in my head to set the direction of the whole piece. So basically I just wait around until the first line of the piece pops into my head and then I’m off and running, and until that point I just squirm uncomfortably.

In the case of books, there have certainly been times when a book is germinating and there are no sentences yet, no “pages” to show; but that never bothers me too much because I firmly believe that an important part of writing is not writing. Sometimes, things have to lie fallow, and when I don’t feel that I’m ready to write, that usually means something—the thing is still unformed within me. So I wait, and make everyone else wait. While I’m waiting, I read a lot, which I think is the best thing to do when you aren’t writing.

Right before my first book came out, my great friend and mentor Bob Gottlieb took me out to lunch to give me advice. It was a week before publication, I’d never been reviewed before, and it was all rather nervous-making, naturally. So we sat down in some diner on the East Side near his house and he said, “Now I’m going to give you the best advice anyone’s every given you about being an author.” And of course I thought he was going to say, “Reviews don’t matter in the end,” or “You have to take the bad with the good,” or something like that. But what he said was, “What you have to remember is that the only thing worse than a stupid bad review is a stupid good review.” And you know what? He was right. There’s nothing more mortifying than stupid praise. 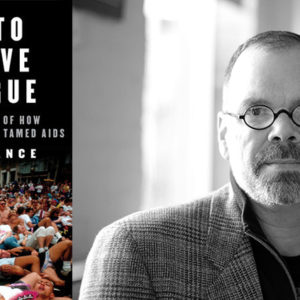 The UK's prestigious Baillie Gifford Prize, which seeks to honor the best of non-fiction every year, written by authors of any nationality,...
© LitHub
Back to top