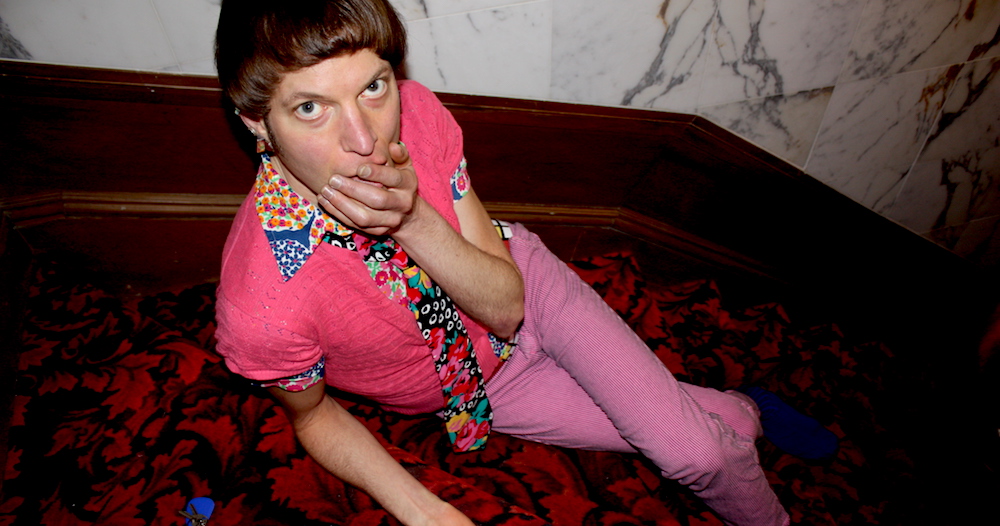 Mattilda Bernstein Sycamore is the guest on this episode of Otherppl. Her new novel Sketchtasy is available from Arsenal Pulp Press.

Described as “startlingly bold and provocative” by Howard Zinn, “a cross between Tinkerbell and a honky Malcolm X with a queer agenda” by the Austin Chronicle, and “a gender-fucking tower of pure pulsing purple fabulous” by The Stranger, Mattilda Bernstein Sycamore is the author of a memoir and three novels, and the editor of five nonfiction anthologies. Sycamore’s memoir, The End of San Francisco (City Lights 2013), won a Lambda Literary Award, and her most recent anthology, Why Are Faggots So Afraid of Faggots?: Flaming Challenges to Masculinity, Objectification, and the Desire to Conform

(AK Press 2012), was an American Library Association Stonewall Honor Book and a finalist for a Lambda Literary Award.

Mattilda created Lostmissing, a public art project about the friend who will always be there, and what happens when you lose that relationship. Her activism has included ACT UP in the early 1990s, Fed Up Queers in the late 90s, Gay Shame, and numerous lesser-known (or even unnamed) groups. Her papers are archived at the San Francisco Public Library, and are accessible to the public.

Listen to the full conversation here:

“AIDS was inside their desires.”

Mattilda Bernstein Sycamore: I went to Brown. I got there and realized—the myth of my childhood was I had to do better than my parents. That’s what I internalized, so I did. I went to a quotation marks “better” college. Everyone was this overachiever, and I realized I was just learning to become them, and I needed to learn from something else. I left because I needed to learn from radical activists, from outsiders, from queers.

Brad Listi: San Francisco was the capital of that. It’s like getting your master’s degree

MBS: Well, because that’s the time I know. But the early 90s was really a time you could still live outside of a mainstream consumer existence, almost entirely. There were worlds built around that mentality, and that was what appealed to me. […] It’s interesting because that’s when I got involved in direct action activism, when I joined ACT UP and all these coalition groups—

BL: Did you know Alex Chee at the time?

MBS: I didn’t. He was in San Francisco from ’89 to ’91. And when I read How to Write an Autobiographical Novel, those essays on San Francisco are set literally right before I was there, so it filled something in, and also… He was only in San Francisco for two years, but it feels like the most formative place in the book.

BL: It’s where he got his degree in radical activism. It feels like an education.

MBS: Yeah, and it also feels like a necessity. That was a time when, if you were queer, everyone was dying of AIDS or drug addiction or suicide, and how do you intervene? Intervention was to save others’ lives but also your own.

BL: You characterize the generations in your book… you were after the AIDS crisis of the ‘80s when everyone was dropping dead and there was no medicine, you were the generation directly after that.

MBS: I’d say it was the generation in between. Sketchtasy takes place in 1995 in Boston, and if we look back now, we see that right around the corner, in 1996 or so, there were drugs that would change HIV from an automatic death sentence into a manageable condition for many. But in the book, no one could imagine that—also, in 1995, more people died from AIDS in the US than any other year—so there’s no way to imagine anything else. […] 19-20-21-year-olds in 1995 came of age when AIDS was inside their desires—you couldn’t imagine a way out; there wasn’t something before, and there isn’t something after. It’s not that everyone they knew had died, but they were living in a world that people were denying it was even happening. The only way, in the book, that characters talk about AIDS is in this shady, oh, avoid her, she has AIDS way. I wanted to portray this gay culture that is hypocritical to the core, embodying so much of straight-normative ways of thinking, so like racism, misogyny, classism, homophobia… it’s all there, and it plays out in daily experience.

MBS: I believe, at the core, in ending hierarchy, and building ways of living with, lusting for, and taking care of one another, that are not predicated on the dominant values we’ve been fed. Building alternatives rather than trying to reform something we already know is corrupt. I don’t believe that the state is going to save us.

BL: Are you extremely pessimistic about the future?

MBS: [laughs] How could I not be? But at the same time, I know people who have been… Trump’s election has shaken them to the core. Trump is clearly horrible, but it’s always been horrible in different ways. We have an opportunity now, because so many people are middle-of-the-road liberals who are generally content to do a little recycling and occasionally write a check to the ACLU, who now are realizing something’s really wrong. But if Joe Biden or Elizabeth Warren, these establishment people, get elected, then everything’s fine for them again. Trump is not the problem, the problem is the structure.

MBS: Exactly. We could put him and Jeff Bezos on their own island and they could have a wall around that.

BL: Alexa, build me a wall. […] Social progress is always slower than you wish it were. There’s fits and starts, one step forward, two steps back, and hopefully you’re pointing in the right direction.

MBS: That’s not always true. Take a look at the prison system. That’s gone in the opposite direction: we have millions of people in prison performing slave labor. If we look at things like that, that’s a counter-narrative—that’s not gone in the right direction. And war—war just keeps going. It doesn’t matter who’s in office—you have Obama as president, and what does he do? He starts drone-bombing, deports more people than anyone else has.

“Nostalgia takes away the layers.”

MBS: I had all these stories in my head from when I lived in Boston but I didn’t have a reason to write them. But I just thought, I’ll start writing them down. but then something shifted fast—the trauma came through of living in Boston in the 90s, of living inside a gay culture that magnified all these terrible aspects of straight normalcy, of AIDS, of complicity. And it became a generational story, a story about growing up queer in that time period. In some ways it became an antidote to this nostalgic vision that people have of the 90s right now. […] Nostalgia takes away the layers, takes away the lived experiences, the nuance, the complications, the messiness—I wanted to bring all that back, but I didn’t know any of that until after I was done. 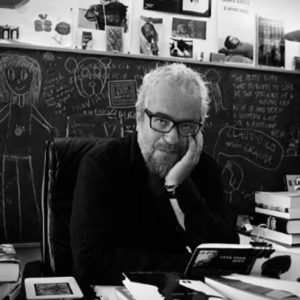