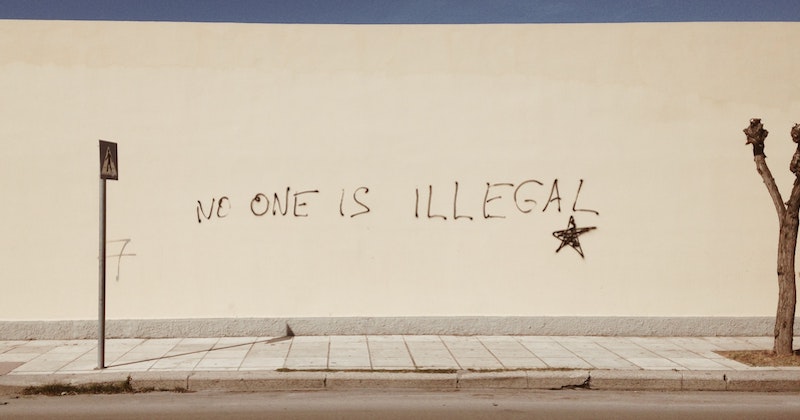 They wanted to silence me. They didn’t know that I was a messenger.

Prison is one of the weapons African dictators use to silence those who oppose their nontransparent ways of governing their countries. I did not escape this weapon in my own country, the so-called Democratic Republic of the Congo. For organizing and participating in a peaceful demonstration, I was thrown into prison, where I endured extreme physical and mental torture.

Forced to leave my country, I suffered many more acts of violence on my journey into exile: racketeering by customs officers, the trade of human trafficking, being ambushed in the Sahara desert, working illegally in Tamanrasset to finance the rest of the journey, and, finally, the trap of Morocco, where I remained stuck for four years before I finally came to the Netherlands in 2008. Here I went on to write this book, which has become an instrument in this fight and allows me to give voice to the voiceless.

My book was first published in German in June 2014. It appeared in French in January 2016, and in Italian in 2018. I have been getting into and out of planes, trains, buses, and cars ever since, meeting people all over Europe. I have facilitated more than 400 conferences in high schools and universities, libraries and bookshops, institutions and organizations, theaters and collectives, in villages, in the countryside, in farms and cities, in numerous European countries—Austria, Belgium, France, Germany, Italy, Luxembourg, the Netherlands, Portugal, Spain, Switzerland. These conferences have allowed me, on the one hand, to talk about my journey, about the fundamental issues that forced me, and hundreds of thousands like me, to embark on this odyssey, and about my commitment to the fight in defense of migrants and their cause.

On the other hand, and especially, these encounters with people from all socio-professional categories have helped me to listen, in order to understand what grassroots Europe knew of these issues, and what impression they had formed of Africans’ migration. I have met people who have not remained indifferent to the cause I defend.

This cause, first and foremost my own, is also that of thousands who, like me, have been forced to leave their countries, impelled by the various reasons that the reader will learn about in this book. Many of those who have listened to my lectures or read my book have committed themselves to playing their part in this fight—the fight against the war on migrants. I recall the banner held aloft by students in the audience at the University of Vienna: “They are here because we were there.”

These human beings have been denied their humanity. Our only crime is to have taken the path that leads to Europe. Migrants who manage to escape death in the desert are stranded in North African countries like Morocco and Libya, where they endure cruel and degrading treatment; meanwhile, those who manage to cross the Mediterranean and reach European soil are taken to detention centers where they are subjected to indescribable physical and psychological violence before being deported back to their countries of origin.

The sad conditions of migrants from sub-Saharan Africa were exposed to the world in a CNN report on the trafficking of migrants in Libya. The decision makers of this world professed to be surprised by the report’s revelations of people subjugated and sold in Libyan slave markets. Yet it is the consequence of their discriminatory and xenophobic migration policies, the walls and border controls they are constantly putting in place, and their cooperation with Libyan militias over border control, which allows victims to be controlled by the very people who are persecuting them. The anger those horrendous images provoked quickly faded. Yet this odious practice—which recalls the fate endured by our grandparents and great-grandparents, dehumanized and uprooted from their countries of origin to be sold as slaves—is carried out with the complicity of the member states of the European Union, which nonetheless claims to be a guarantor of the protection of human rights.

For a long time they were simply abandoned to feed the fish.

I am writing the preface to the English edition of this book while on a conference tour in Italy, Libya’s neighbor. Here, migrants refuse to be defeated by humiliation; they struggle on a daily basis for survival. They do not remain idle. They fight on, in the hope that one day they will regain their dignity. I came to meet with them. I told them about my journey, which was similar to theirs. They told me about the difficulties they face. They live in a state of uncertainty. They are called illegals, “clandestines,” although they are not hidden away. They walk the streets and spend their nights in stations, public parks, or on the sidewalk. They want residence permits, which are essential if they are to rebuild their lives and find work. But the key to this door is denied them; they are trapped,  forced to live in limbo, as I was in Morocco.

Just before the conference in Verona, I spoke to a young man who told me he was sold as a slave in Libya: “I was made to work very hard, in inhumane conditions. I endured physical torture. When I saw a chance, I ran away and took a small boat, and reached Italy, thank God, where I’m coping with a new stage of suffering. But I hope that all this will be consigned to history while I am still alive.”

Courage is born of necessity, they say. Yes: we left because we had no alternative. As a woman I spoke to at our women’s shelter said: “In my country, after studying, I got married and had children, then suddenly my husband and I were out of work. I couldn’t even buy my own children a piece of bread. That’s why I decided to leave. I entrusted my children to my mother and told them, ‘I’m going in search of your dignity.’ For my part, as I didn’t die in the desert, it may be that I die in the sea, but at least my children will know that their mother died because she left to fight for them. And if ever I manage to cross the sea and reach Europe, I will work hard to give my children dignity. The worst thing for me would be to stay in my country and have to look my children in the eye. I cannot bear to see my children suffer while I, their mother, am alive.”

Europe, where people are heading in search of dignity for themselves and for their families, is barricading itself in. Its borders are hermetically sealed. Walls are being built from east to west, from north to south. Agreements imposed on some African countries require them to control their borders and repel what is referred to as “illegal immigration.”

In the name of protecting its borders, Europe is letting migrants die in the Mediterranean, on the pretext that saving them would create an incentive. These human beings have no name and no country. They are all dubbed “illegal.” For a long time they were simply abandoned to feed the fish; now they are handed over to lawless Libyan militias. Their lives have no value; their deaths no longer provoke any emotion.

The Mediterranean has become the mass grave of thousands of migrants, Libya the marketplace where migrants are transformed into 21st-century slaves. This isn’t happening the way it does in the desert, far from television cameras and journalists, but in full view of the whole world. Bodies are found and buried with no attempt made to find the families and alert them. Nor are any efforts made to free those held hostage by Libyan militias; there are only outward expressions of emotion. Instead, what we see is the remarkable, complicit silence of those in power in both Africa and Europe. We are witnessing a cooperation between European countries and the Libyan militias who are being paid to lock up migrants and inflict cruel and inhumane treatment upon them.

I am one of these people. On my journey to Europe, I, like so many other migrants, was robbed by bandits in the desert, had to work in the black economy in Tamanrasset; I had to hide for months in Algiers, then covertly cross the Algerian border to Morocco, where I was stuck for four long years. My comrades and I fought for our rights. I wrote this book in order to tell our story. I am proud that it has now been translated into and published in English. It will enable me to organize meetings in English-speaking countries, and to broaden my outreach as I continue to raise awareness about these issues. 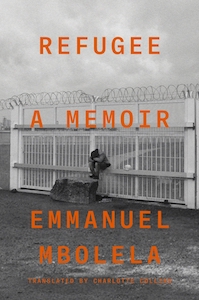 Emmanuel Mbolela is an author, an activist, and a refugee. He was born in the Democratic Republic of the Congo and studied economics in Mbuji-Mayi. In 2002, he was arrested because of his political engagement. After his release, he was forced to emigrate, embarking on a six-year odyssey through West Africa, the Sahara, and Morocco. In 2008 he received asylum in the Netherlands. He originally published Refugee in German in 2014.

So is a Gnome a Fairy? Tony DiTerlizzi Has the Answer 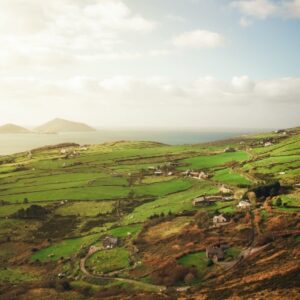 Welcome to Finnegan and Friends, a new five-part series about the most mystifying book ever written: James Joyce’s Finnegans...
© LitHub
Back to top
Loading Comments...