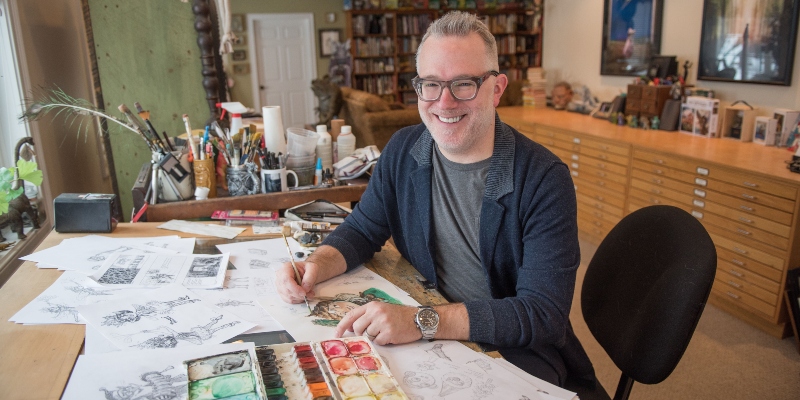 So is a Gnome a Fairy? Tony DiTerlizzi Has the Answer

On this episode, Jennie and Marcy talk to Tony DiTerlizzi, an American fantasy artist and children’s book creator, most famous for his work on Magic: The Gathering and The Spiderwick Chronicles series with Holly Black.

Jennie Law: Do you consider a gnome a fairy?

Tony DiTerlizzi: Traditionally, gnomes were part of the four elements. … According to folklore, they are part of an element used for alchemy. They’re the spirit of it. But the problem is … Those names are so slippery when you move from region to region. A troll can be a gnome, can be a dwarf, can be an elf. Sometimes they can all be a synonym for one another, depending on which region you’re in, which is part of the folly of Arthur Spiderwick is he tried to apply a taxonomy to a thing that cannot have a taxonomy applied to it. That’s kind of his folly. Like, I’m going to treat it scientifically and they can’t because they’re shapeshifting and morphing in region to region.

To answer that question I actually have to answer, what do I think a fairy is? I needed to really think about this when we worked on Spiderwick because everything I do, I want to be genuine and I want it to come from a real place. I don’t want there to be artifice. I don’t want to play into trends or anything like that. Obviously I had a huge love for the fantastic and folklore, as did Holly. My takeaway was, there’s energy that we don’t understand as humans, because we’re limited only by the senses that we have. My feeling is that at one point when we were more harmonious with nature, we could sense stuff that we no longer can see. That’s what I live with. That’s how I feel about that stuff.I think there’s probably some stuff that could be explained away through science. You know, the griffin they think was probably the skeleton of a Protoceratops found in the desert, which would make total sense. But the thing is is the more you learn about natural history, the more you realize how utterly fantastic and unbelievable that stuff is.

One of my favorite ones was why were there no male mermaids, marrows? Most of the folklore focuses on females. When you look in the old art and old bestiaries, you’d see a king or you see a weird pope and there was always a sea version of a land thing. But primarily when you think of a siren or a mermaid, you think of a girl with fishtail.I don’t remember the word now off the top of my head. It’s a scientific word, but fish do it. Frogs do it. Maybe some reptiles do it. But if there’s a population of all one gender, one of them will flip genders. Nature finds a way, and for mermaids nature found a way. I love that the real world was just as amazing and fantastic.

Tony DiTerlizzi is a #1 New York Times bestselling author and illustrator who has been creating books for twenty years. From fanciful picture books, such as Jimmy Zangwow’s Out-of-This-World Moon-Pie Adventure and The Spider and the Fly (a Caldecott Honor Book), to fantastic middle grade novels like Kenny & the Dragon and the WondLa trilogy, Tony imbues each story with his rich imagination. He created The Spiderwick Chronicles with Holly Black, which has sold millions of copies around the world. You can learn more about Tony at DiTerlizzi.com. 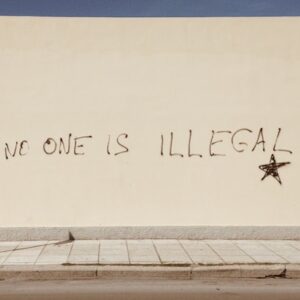 They wanted to silence me. They didn’t know that I was a messenger. Prison is one of the weapons African dictators use to silence...
© LitHub
Back to top