Peaceful Protest is as Much a Part of Democracy as Elections

Why protest? The question hangs over the marches in New York and Los Angeles, the hug-ins in San Francisco, the school walkouts in California and Oregon, and the planned “Million Woman March” on Washington. The question stems from the helplessness and confusion that are the two key emotions of the post-election moment. “But what is the use?” is the question of helplessness. “Isn’t it wrong to protest the results of a lawful election?” is the question of confusion. (Donald Trump himself is, as ever, in the confused camp, as expressed in his very first post-victory tweet attacking “professional protesters” who come out after we “just had a very open and successful presidential election”).

Actually, protest is appropriate any time there is something to, you know, protest. Peaceful protest is as important a democratic institution as are elections. All democratic constitutions under the sun guarantee the citizens the right to free assembly. Rights are like muscles: if they are not exercised, they atrophy. Witness the growing number of countries where the right to free assembly exists on paper but not in practice. It is important to exercise all rights regularly, but especially when they are threatened. Now, when the president-elect has already begun curtailing media access and has criticized peaceful and legal protest as somehow illegitimate, is such a time.

In other words, protest occurs first for the sake of protest. But asserting the right to protest accomplishes something else, too: it marks the current normal before the new normal has had a chance to set in. Each protest asserts preemptively that the right of people to congregate to express their discontent will not be ceded. The citizens have posted guard.

Posting guard is a reasonable and measured response to a clear threat. When a neighbor threatens to poison your dog, you secure the fence. When an aggressive power threatens to invade, a state arms and fortifies its borders. And when an autocrat-elect threatens your liberties, you post guard around them. As constitutional-law scholar Garrett Epps has written, “there is hardly a provision of the Bill of Rights or later amendments [Trump] did not explicitly promise to override, from First Amendment freedom of the press and of religion to Fourth Amendment freedom from ‘unreasonable searches and seizures’ to Sixth Amendment right to counsel to Fourteenth Amendment birthright citizenship and Equal Protection and Fifteenth Amendment voting rights.” He has not only promised to begin his work of undoing democratic institutions on his first day in the Oval Office—he has already begun, by insulting the protesters and by denying access to media. Waiting to post guard would be foolish and irresponsible.

Protest for the sake of protest serves another important purpose: being with like-minded people, seeing the faces of those who value what you value, taking a headcount. Make no mistake: The other side is also taking a headcount. The number of people in the streets is very close to being our only hedge against Trump’s power. He is coming into office following fifteen years of concentration of power in the executive branch, and he has a Republican Congress, a Republican Senate, and a split Supreme Court with a vacancy he can fill. But he also has an insatiable thirst for admiration, and an awareness that he lost the popular vote – and that he lost in his home state of New York. If there is anything that will mitigate Trump’s drive to act decisively, it is his own longing for popularity, expressed so often and with such clarity and despair.

Finally, protest is a powerful antidote to helplessness and confusion. Autocracies work by plunging citizens into a state of low-level dread. Most of the powers commandeered by the autocrat are ceded without a fight, and the power of imagination, the claim to a past and a future are the first to go. A person in a state of dread lives in a miserable forever present. A person in a state of dread is imminently controllable. The choice to protest, on the other hand, is the choice to take control of one’s body, one’s time, and one’s words, and in doing so to reclaim the ability to see a future.

Donald Trump is using the tools of democracy to destroy democracy. Over the last year and a half, he has promised, threatened, or just blabbed his intention to do a great number of things that are unconstitutional, immoral, frightening, or all of the above. It’s still two months before he can really start acting on these threats and promises. It makes all the sense in the world to use that time to show him, and us, how many people oppose his intentions. The least we can do is use the time-honored democratic tool of protest in the way in which it was intended: to assert democracy.

Masha Gessen is the author of eleven other books, including the National Book Award-winning The Future Is History: How Totalitarianism Reclaimed Russia and The Man Without a Face: The Unlikely Rise of Vladimir Putin. A staff writer at The New Yorker and the recipient of numerous awards, including Guggenheim and Carnegie fellowships, Gessen teaches at Bard College and lives in New York City. 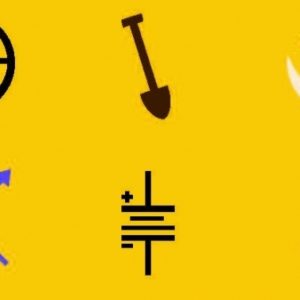 Recently, a blatant misogynist was elected president, bringing with him a vice president whose stance on women's rights...
© LitHub
Back to top