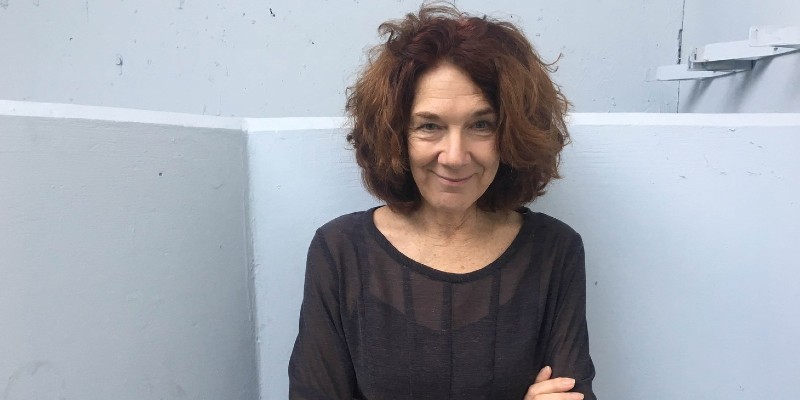 In this episode, Jordan visits with poet Mary Ruefle at her home in Vermont for a conversation about the passage of time, the both-sides-ness of thresholds, memory—and the best way to cook an egg.

Mary Ruefle: When I was 14, we moved to Europe, and that was an enormous threshold in my life that can bring tears to my eyes. I wonder how my life would have been differently had I not made that Atlantic crossing. At that time, an entire world exploded in my face. Because I had never been to Europe, and it was full of culture that I had not been exposed to. I had not been exposed to culture and art in the ways that I suddenly was exposed to on my own and through school. To call it life-changing is actually an understatement. Those were very formative years for me. I suppose high school’s formative for everyone, but it was very formative for me.

I was going on my own into museums. I can remember skipping school, which I did a lot, and discovering by accident René Magritte, the painter, is Belgian, and there was an entire small gallery off the site that had 50 of his paintings in it. And I remember discovering it by accident, walking down the street, poking around, finding things to do. I can remember walking in and looking at those paintings, and I was like 15, 16, and completely being blown away. And he’s not one of my favorite painters at the present time, but that moment was extraordinary in so many ways.

Jordan Kisner: Why did you move?

Mary Ruefle: Oh, military. Straight, strict, just run-of-the-mill military. My father was stationed in Brussels, where NATO was at that time. NATO had moved from Paris to Brussels in the mid 60s.

Jordan Kisner: It sounds like, to me, the cream of chicken soup was very important.

Mary Ruefle: There was another world that I didn’t know. It was simply symbolic or emblematic of the fact there was another world that existed that I was completely unaware of. Completely unaware of it. And I found myself living in it. And that was explosive—just explosive. I didn’t know such a thing existed, and here I am in it. Although at that time I didn’t see it that way; I just simply walked around every day exploding, just exploding, with everything I was seeing and experiencing. That very much has to do with the art that I was exposed to. I have no memory of being in an art museum in the United States, except once in elementary school, we had a field trip and we were taken to the National Gallery in Washington, D.C. I just remembered that that happened, but I don’t remember standing in front of paintings and having the top of my head blown off. But I very much do remember having the top of my head blown off when I was in museums in Belgium and in other countries because I traveled while I was there. I would go different places, some with my family and some totally alone. I was living in a world that I didn’t know existed, is a fair way to put it. And art was a large part of that world, and I have lived in that world ever since. I mean, I’ve lived with art on my mind ever since. There’s never been a period of my life where art was not on my mind.

Mary Ruefle is the author Dunce (Wave Books, 2019), which was a finalist for the 2020 Pulitzer Prize and the 2019 LA Times Book Prize and was long-listed for the 2019 National Book Award and the 2019 National Book Critics Circle Award. She’s also written many other books including My Private Property (Wave Books, 2016), Trances of the Blast (Wave Books, 2013), Madness, Rack, and Honey: Collected Lectures (Wave Books, 2012), a finalist for the National Book Critics Circle Award in Criticism, and Selected Poems (Wave Books, 2010), winner of the William Carlos Williams Award from the Poetry Society of America. She has also published a comic book, Go Home and Go to Bed! (Pilot Books/Orange Table Comics, 2007), and is an erasure artist, whose treatments of nineteenth century texts have been exhibited in museums and galleries and published in A Little White Shadow (Wave Books, 2006). Ruefle is the recipient of numerous honors, including the Robert Creeley Award, an Award in Literature from the American Academy of Arts and Letters, a Guggenheim fellowship, a National Endowment for the Arts fellowship, and a Whiting Award. She lives in Bennington, Vermont. 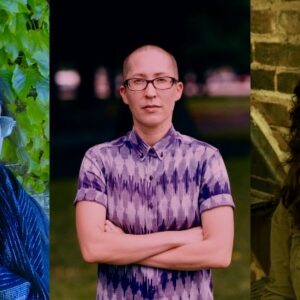