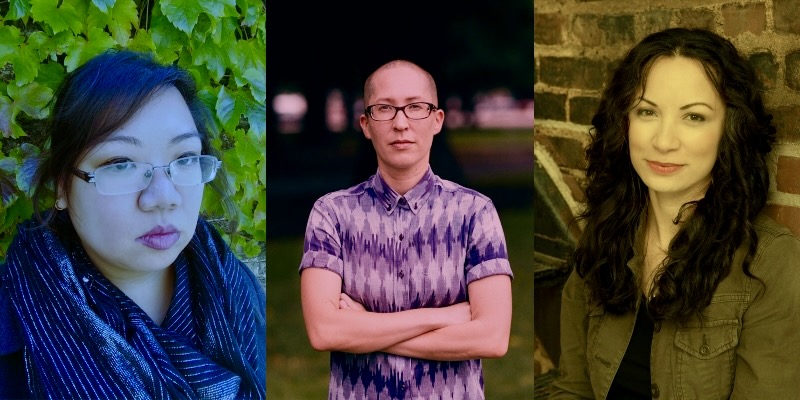 Nghi Vo talks about fan fiction, how she came to write her Gatsby retelling The Chosen and the Beautiful, and how humanity is rooted in storytelling.

Shelley Parker-Chan talks about reframing history in She Who Became the Sun, and why she needed to get out of the world of diplomacy and politics.

Stephanie Ybarra, artistic director of Baltimore Center Stage, talks about being an artistic leader and why we need to interrogate and redefine our ideas about the “classics.”

*
Nghi Vo on being a proud fanfic writer:

The best fan fiction writers I know are all given or have all nurtured a deep love of their kind of material, even if it’s a love spawned of rage, because you can love a thing and be very angry with it. And then it becomes something like almost a duty to improve upon it or to offer people an alternative. My history of fanfic is inherently a positive experience, and I love fan fiction for just what it is. There’s a lot of talk about, “well, you know, it prepares you to be a real writer.” And that’s bullshit; they’re absolutely real writers just writing in another genre. People can’t necessarily appreciate every genre, but it is still work and it is still love and it’s still worthy of a great deal of respect and consideration.

Shelley Parker-Chan on adding magic to her historical novel:

How do you add magic without breaking the story? Because it raises the question, if there’s magic in this world, why don’t you use it to solve X, Y, or Z? You know, wouldn’t it change events in particular ways? So I was really like, what is the least amount of magic I can add to the story that does not affect a single thing within it? So that is why some people are disappointed. The magi, it’s not even fantasy at all; the magic doesn’t do anything. Like sorry, you are correct. The magic does not do anything. It is merely indicative of people’s potentials, and it is demonstrated on page in a certain way. So the ghosts, it was just me making people’s existing beliefs literal on the page. People in the first draft already believed in the ghosts of their ancestors, hungry ghosts. They believed in fate. They believe in reincarnation and all of that. It was just making it real. So that’s how it came to be.

Stephanie Ybarra on interrogating the canon:

When I think about the the sort of future of storytelling, it feels correct to do some amount of reaching back. That feels right. But I think the interrogation of canonical works, we’re questioning the assumptions about where our stories are rooted that feels objectively good for our collective humanity. But also, any one of us who is in the business of storytelling, regardless of the medium, it feels like it can and should be informing the way we move forward, if only to understand where we don’t want to go back to. 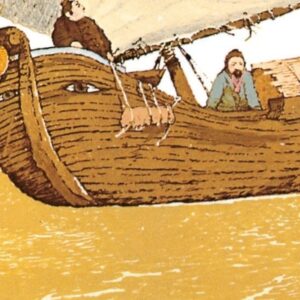