In 1933, Clifton Fadiman took over as the literary critic of The New Yorker (he was also the editor-in-chief of Simon & Schuster, and would soon be well known on radio as the host of the popular quiz show Information Please). In this excerpt from her new memoir, The Wine Lover’s Daughter, Anne Fadiman writes about her father’s attitudes toward alcohol. She begins with a letter he received from Ernest Hemingway.

My father often mentioned something he called “the letter Hemingway wrote me when he was drunk.” It was written on November 26, 1933, on board the SS General Metzinger, en route from Marseille to Mombasa. The writer and the addressee had never met. A month earlier, my father had written a New Yorker review of Winner Take Nothing in the form of an open letter to Hemingway. Though largely complimentary, the review had taken Hemingway to task for rehashing his old themes of sex and blood instead of plowing new ground. It ended with a wicked parody that used bullfighting terminology to describe a game of Ping-Pong. My father’s secretary bet him a hundred dollars that Hemingway would be unable to resist responding. She won the hundred.

Late at night, continuing even after the ship’s writing room was supposed to close, Hemingway poured out 1,734 words on Gertrude Stein, Leon Trotsky, unappreciative reviewers, and the General Metzinger’s toilets, “which burst up like geysers when the ship rolls, plastering your arse with what you hope is at least your own excrement.” He sounded angry at everyone but my father, whose review pleased him so much that he extended a cordial invitation to “come to lunch when I break Max Eastman’s jaw.” (Max Eastman was one of the unappreciative reviewers.) In the fourth postscript, which wound up and down and around the margins, Hemingway wrote that he’d had “a damned fine life” in which he’d been wounded, decorated, had every woman he’d wanted, and had “seen everything I believe in royally f—-d to hell (for Scribner’s sake amen).” After boasting about his books, he declared that “every chickenshit prick who writes about my stuff writes with a premature delight and hope that I may be slipping,” and vowed to keep writing “until I have ruined every one of them.”

My father would never have written this letter. Nothing could have induced him to cross his Maginot Line of Permissible Obscenity by using the terms “fucked to hell” (even with four letters redacted in mock deference to a prudish publisher) or “chickenshit prick,” or mentioning getting his arse plastered with excrement—especially when addressing a stranger. Nor would he have talked about being wounded and decorated, since he had lived a life of conspicuous inaction in which his chief physical exertions consisted of lifting pens and pulling corks (though he was proud to claim second-or-third-cousinship with Sidney Franklin, né Frumkin, known as the Brooklyn Bullfighter, a friend of Hemingway’s who dispatched a large number of bulls with a double-edged Valencia-steel sword and survived three gorings).

I saw my father drunk only once. That is remarkable, given that he drank wine virtually every night of his adult life. The occasion was a family dinner at a Los Angeles restaurant. He and my mother shared a bottle, as usual, but it was the Negronis that preceded it—usually one, but on that evening two or three—which put him over the edge. I’m sure he would have passed a walk-the-line test, but he slurred his words slightly and mixed up a couple of them. I remember this half a century later because it was so anomalous.

Of course he had gotten drunk in earlier decades, starting with the very first time he tasted alcohol. He was 14 or so. While visiting his older brother, Ed, he was left alone one afternoon with unfettered access to the liquor cabinet. The most interesting bottle in the cabinet was a small flagon that looked like an artifact from a Grimm’s fairy tale. Its label, in Gothic lettering, read “Kümmel.” As he recalled, “There was no one to tell me that an ounce of kümmel”—a sweet German liqueur flavored with caraway seeds—“is a better thing than two ounces, and a far better thing than twelve ounces.” When Ed returned, his little brother was incoherent but not unhappy.

My father’s speakeasy days must have contained their share of benders and hangovers, and well into middle age he conformed to the standards of an era in which, as far as I can tell, everyone drank like an unusually capacious fish. When he was in his fifties, Holiday magazine sent him first class on the RMS Queen Elizabeth to write a series of articles from England. (Oh, how the lot of the journalist has plummeted since the days of the fathomless expense account!) His first night out, he wrote my mother a letter from the ship that, although impeccably phrased, had every reason to sound like the letter Hemingway wrote from his ship. “Finished the champagne,” he reported, “had a glass of port at dinner, a sherry before dinner, two cigars and two ales—and feel fine.” But the multiplicity of beverages was already atypical. He sounded more like the father I knew by the third night of the voyage, when he wrote that he had shared a Château Lafite ’52 (a gift from his editor), and the fourth, when he shared a Clos de Vougeot ’53. (He derived particular pleasure from the Queen Elizabeth’s galley and cellar because they provided such a cheering counterpoint to railroad cuisine, which in his view had grievously declined; after a particularly unfortunate meal in an East Coast dining car, complete with tenth-rate wine, he commented that the Donner Party had eaten better.)

My father wasn’t an alcoholic; not even close. He might well have been if he hadn’t inclined so steeply toward wine, a tilt that began in his twenties and became more pronounced with each decade. By the time he was in his seventies, spirits occupied only a small corner of his drinking life. In his view, wine was not about getting drunk. Pleasantly buzzed, yes; stewed to the gills, no. The longer I knew him, the better I understood this. Wine was about conversation.

In 1975, he sat down with an interviewer in Milwaukee and, as she described it, “one of the thin Cuban cigars he obtains through devious channels.” He posed a question: If the same four people drank martinis on one night and wine on another, how would their conversations differ? He said he’d be willing to bet that on the night they drank wine, their conversation would be mellower, more tolerant, and less egotistical—in short, more civilized.

Milwaukee was not one of my father’s usual literary way stations; he stopped there on a book tour to promote The Joys of Wine, a book on which he collaborated with his old friend Sam Aaron, a well-known New York wine merchant. (According to The New York Times, Fadiman and Aaron went together “like Mouton and Rothschild or Moët and Chandon.”) I had never seen him happier than he was during the years he spent assembling this eight-pound compendium—as one reader described it, not just a coffee table book but a coffee table—of oenological facts, charts, recipes, pictures, stories, poems, and essays, including some of his own.

My father wrote in The Joys of Wine, “Generally speaking, we demand something from hard liquor: a punctual reaction. But we expect a wine of quality to demand something from us.” He pointed out that the Founding Fathers drank wine, and that Andrew Jackson’s preference for corn liquor reflected a coarsening of the national tone. To his Milwaukee interlocutor, he observed that our country had two drinking traditions—rum, whiskey, and gin on the one hand, and Prohibition on the other—and that he disliked them equally. Wine was superior to both: “in moderation, of course.”

And—though it seems strange to say this about a man who put away half a bottle nearly every night—he was moderate. He drank only with dinner. Unlike Hemingway, who said he never drank when he wrote but didn’t always mean it, my father would never have drunk wine or anything else while he was working, any more than Julia Child would have drunk while she was on camera. (That glass she raised every time she said “Bon appétit!” contained water tinted with Gravy Master.) 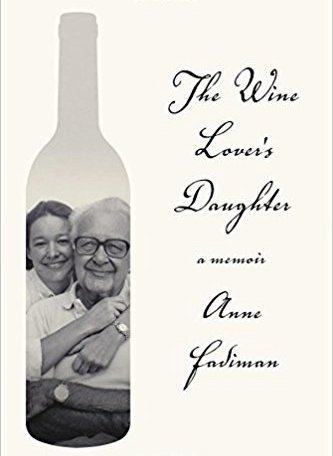 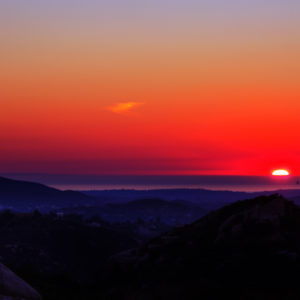 I want to tell you the story of my first real challenge as a storyteller, the first time I feared I might not be up to the task. It...
© LitHub
Back to top
Loading Comments...