The Late, Great Uruguayan Speaks of the Sea to Those Who Will Never See It

I want to tell you the story of my first real challenge as a storyteller, the first time I feared I might not be up to the task.

It occurred in the Bolivian town of Llallagua. I spent some time there, near the mine. It was where the San Juan massacre had taken place, when the dictator Bar­rientos ordered his troops to open fire from the heights of the surrounding hills on the drinking, dancing miners celebrating Saint John’s Eve.

I arrived about a year later, in 1968, and stayed on for a while thanks to my abilities as an artist. You see, I had always felt an urge to draw, though my sketches never managed to close the gap between myself and the world.

The bigger abyss was between my skills and my aspirations, though some of my portraits turned out all right and I was good at lettering. In Llallagua I drew portraits of the children of the miners and I painted posters for the carnival, for public events, whatever was needed. So the town adopted me, and the fact is I had a great time in that miserable frozen world, where the cold intensifies the poverty.

The night of my departure arrived. The miners were my friends and they gave me a goodbye party with lots of drink. We downed chicha (com beer) and singani, a sort of tasty but somehow terrible Bolivian grappa. We were celebrating, singing, telling jokes, each worse than the one before, and all the while I knew that at five or six in the morning, I don’t remember which, the siren would blast, summoning them to work in the mine, and there it would all end. We would say goodbye.

I was speechless. The miners were condemned to an early death from silicosis in the bowels of the earth. In those days life expectancy in the shafts was 30 or 35, no more. They would never visit the sea, would die with no chance of laying eyes on it, were fated by poverty to remain in that stricken little town of Llallagua. My duty was to bring the sea to them, and find words capable of soaking them through.

That was my first test as a storyteller, and it convinced me that the pursuit is worth something.

From Hunter of Stories by Eduardo Galeano, translated by Mark Fried, courtesy of Nation Books. Copyright 2017.

Eduardo Galeano was a Uruguayan journalist, writer and novelist. 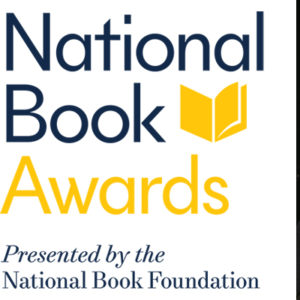