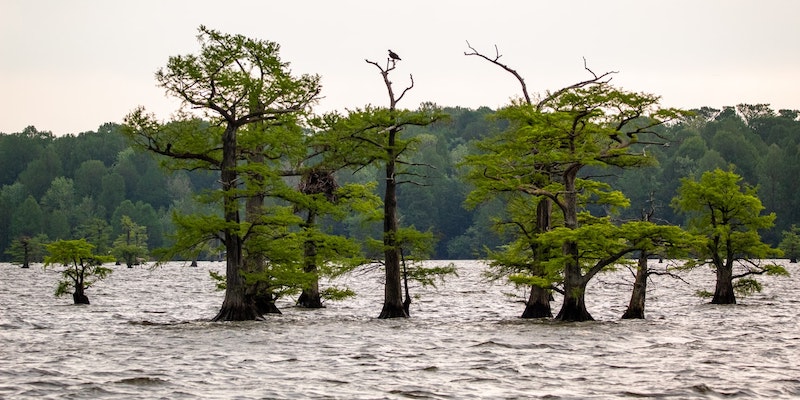 “How should we humans narrate our self-made climate disaster?”

How should we humans narrate our self-made climate disaster? In a sense, we have been doing it all along. All great works of literature concern themselves with a world reshaped by human hands and are therefore potential sources for understanding the process by which humans have changed their environment. The only challenge is to learn how to read these works with a sustained attention to climate change.

They don’t always yield to this kind of reading easily because they were not made for this purpose. Sometimes, they hide or sideline the traces of human-made climate change by defending the way of life that caused that change and by being unaware of climate change itself. Yet works of world literature can be made to yield their significance if we ask the right questions, focus on the right details, and embed those details in the larger societal processes that put us on our current, disastrous path.

To exemplify the kind of reading I have in mind, one inspired by ecocriticism, I want to begin with a source text of literature, arguably the first great work of world literature: the Epic of Gilgamesh. Its earliest form dates back more than 4000 years, but the work took on canonical form 700 years later, when it came to dominate an entire region for over a millennium.

Sometimes, they hide or sideline the traces of human-made climate change by defending the way of life that caused that change and by being unaware of climate change itself.

But then, sometime before the Common Era, it disappeared, along with the cuneiform writing system in which it was written. By chance, the text was unearthed again two thousand years later, in the 1840s, by the restless adventurer Austen Henry Layard while he was digging for Nineveh, the biblical city once located on the Euphrates River. Through luck and perseverance—and the reading of the Hebrew Bible—Layard hit upon the burnt-down library of Ashurbanipal, an Assyrian king who had collected the clay tablets that contained this ancient epic. (When Ashurbanipal’s library went up in flames, the clay tablets had hardened, inadvertently preserving this masterpiece for millennia underground.)

Finding the epic was one thing; reading it, another. It took another couple of decades to decode the forgotten cuneiform script, a feat that was achieved at the British Library, whither Layard had transported the tablets. The deciphering of this text was headline news because this oldest surviving masterpiece contained shocking information for Victorian England: a text older than the Old Testament included an identical story of Noah and the Flood. What were Christian believers to make of this remarkable coincidence? What were the implications for the status of the Old Testament as holy scripture?

Today, the provocative potential of the story of the flood is undiminished, though for different reasons: I regard it as a key text when it comes to climate change.

And the Lord saw that the evil of the human creature was great on the earth and that every scheme of his heart’s devising was only perpetually evil. And the Lord regretted having made the human on earth and was grieved to the heart. And the Lord said, “I will wipe out the human race I created from the face of the earth, from human to cattle to crawling thing to the fowl of the heavens, for I regret that I have made them.”

As translated by Robert Alter, the flood is clearly presented as punishment: humans have been violating God’s commands, leading God to regret that he ever made them. He comes to view the creation of humans as a mistake that has to be undone. The mistake encompasses not just humans; all living creatures are apparently guilty by association and must be wiped out as well. It is only thanks to Noah, the one good man, that humans, along with all the other animals, survive.

In the Epic of Gilgamesh, the details of survival are similar: the Noah-like Utnapishtim builds a large boat, saves his family as well as the family of animals, sends out birds to see whether the waters are receding, and rejoices when one of them returns with a twig in its beak—these were the details so strikingly similar to the Bible that disturbed Victorian England.

The religious fable of righteousness and sin is not effective in pinpointing cause and effect for human-induced climate change, nor in mitigating it.

Yet even if the details are similar, the moral of the story is different. In the Epic of Gilgamesh, the flood is not part of the main story but merely an interpolated tale told by Utnapishtim to Gilgamesh toward the end of the epic. Instead of framing the story as one of divine retribution, Utnapishtim begins his tale simply by saying that the gods had resolved to send a deluge, giving no reason as to why they had done so.

The point here is not sin and punishment, but something closer to population control. The human race has grown too populous and needs to be culled. There are better ways of doing so than by destroying everything through a flood, the goddess is saying, and the epic confirms her point of view.

Despite the fact that we have now, once again, this second, earlier version of the Flood at our disposal, the biblical version continues to dominate. One reason may be that the debate about climate change tends to be charged morally with ideas of sin and punishment, transgression and retribution; another is, of course, that the Hebrew Bible is more influential than the Epic of Gilgamesh.

Or are these the same reason? Biblical morality is shaping current thinking about the climate more than it should. True, one might argue that seeing climate change through a moral lens makes sense to the extent that human-made climate change is our fault. Perhaps we must even follow Noah and save ourselves by building a new ark (is this what Elon Musk is doing with his mission to Mars?). The question of agency and responsibility is everywhere, and the Old Testament seems to offer a powerful warning in the form of a morality tale as well as a solution.

Today, however, it is becoming clear that the religious fable of righteousness and sin is not effective in pinpointing cause and effect for human-induced climate change, nor in mitigating it. The righteous recycler who unplugs from the grid and lives a virtuous zero-emissions life will not save humans. If a story of the Flood is useful at all—and it may be better to jettison it entirely—the one from the Epic of Gilgamesh, less concerned with sin and punishment, and more with population control and the relation between humans and their environment, is probably better. 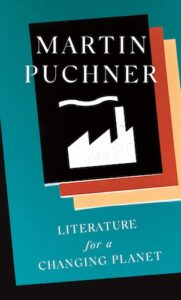 Martin Puchner is the Byron and Anita Wien Professor of English and Comparative Literature at Harvard University. He is a prize-winning and bestselling author whose books include The Language of Thieves: My Family’s Obsession with a Secret Code the Nazis Tried to Eliminate and The Written World: The Power of Stories to Shape People, History, Civilization. He is the general editor of The Norton Anthology of World Literature. He lives in Cambridge, Massachusetts. Twitter @martin_puchner 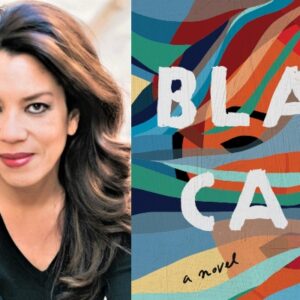