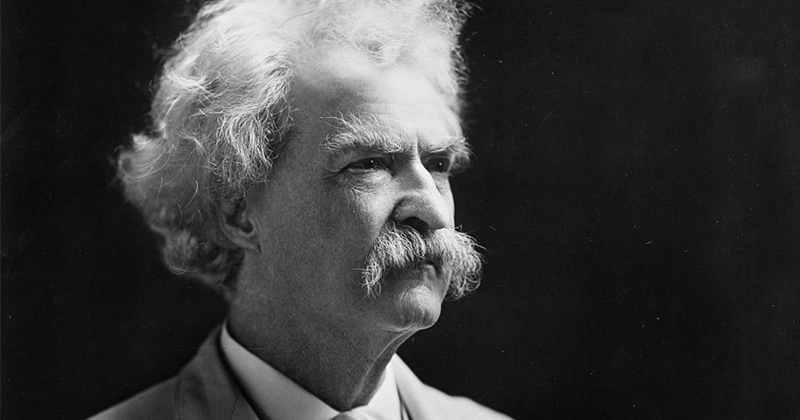 "I never was great in matters of detail"

Like many boys full of spirit and imagination, Mark Twain was never comfortable in the classroom. Albert Bigelow Paine, his authorized biographer, said Twain “detested school as he detested nothing else on earth,” and scholars seem to agree that his formal education ended when he was 12. Upon his father’s death in 1847, Twain’s mother took their mischievous son into the room where the body lay and implored him to be a better boy. “I will promise anything,” he said, “if you won’t make me go to school.” Twain assured her he would hereafter be industrious and responsible, and forswear alcohol (but not tobacco). Twain’s mother consented. He never darkened a schoolhouse door again, except in later life when he took a daughter off to college or agreed to make an appearance or give a lecture.

But Twain was an avid reader. In 1856, when he was not yet 20, he was working as a typesetter in his older brother Orion Clemens’s new print shop, the Ben Franklin Book and Job Office. This was in Keokuk, Iowa, where there wasn’t much to do but read. Biographer Ron Powers describes Keokuk as a “hotbed of rest.” It was there that Twain happened onto William Herndon’s Exploration of the Valley of the Amazon: 1851– 1852.

This book made a slam-bang impression. Lieutenant Herndon was a great explorer who, while serving in the U.S. Navy, led an expedition from the headwaters of the Amazon to its mouth, over mountains and through jungles as yet unknown except to the tribes that lived there. Herndon’s 4,000-mile trek was a magnificent adventure, Twain recalled years later, “through the heart of an enchanted land, a land wastefully rich in tropical wonders, a romantic land where all the birds and flowers and animals were of the museum varieties, and where the alligator and the crocodile and the monkey seemed as much at home as if they were in the  Zoo.”

But what caught Twain’s fancy was not the fauna but the flora—one particular specimen of flora and its effect on the Inca Indians of the Andes. Herndon said these Indians were “silent and patient” in their seemingly endless labors in the silver mines because they enjoyed a ready supply of the Erythroxylon coca plant, now known as the source of cocaine. Chewing coca evidently elevated the workers’ mood and suppressed their appetite. It enabled them to labor tirelessly without complaint, precisely as would be wished by the industrialists who soon made their appearance in North and South America.

As long as they had “coca enough to chew,” Herndon observed, the Incas would do “an extraordinary quantity of work.” They would take a break every morning, chew a little more coca, and then go right back to work. “It has made me, with my tropical habit of life, shiver to see these fellows puddling with their naked legs a mass of mud and quicksilver in water at the temperature of 38 degrees Fahrenheit,” Herndon wrote. It bothered him to watch these men working as hard as they did, but as long as they had coca leaves to chew on, it didn’t seem to bother them. Morale might not have been high, but corporate culture wasn’t an issue one way or the other.

Twain was even more impressed than Herndon with the secret of maintaining such a dependable workforce, which was not then to be found in team-building exercises or the incentives of stock options and bonuses. Twain thought the coca plant possessed “miraculous powers.” It was “so nourishing  and so strength-giving” that Incas working the mines “require no other sustenance.”

Of course, Twain did not understand coca’s addictive and otherwise harmful properties. Not even the American drug companies recognized its dangers when they first began to market it decades later. In the early days, coca was used to flavor Coca Cola—hence the name. Cocaine’s so-called recreational use did not become widespread until the 1970s. The blame for this can be cast widely but no one, so far, has accused young Mark Twain of anything untoward, and they should not. By recognizing the financial possibilities of the coca leaf, Twain was simply ahead of his time.

We understand a great deal that people in Twain’s time did not. One of the great discoveries of our own age is that to succeed in business, you have to have what James Collins and Jerry Porras, in their 1994 classic Built to Last: Successful Habits of Visionary Companies, called a Big Hairy Audacious Goal, or BHAG. If you or your organization don’t have a BHAG, you are probably doomed to fail, no matter how smart you are or how hard you work or even how great your mission statement might be. A BHAG, they say, is a “huge daunting challenge” that might be absurdly bold, but is also clear, compelling, and energizing; also, it has a readily identifiable goal, even if it takes decades to reach it.

Collins and Porras didn’t invent BHAGs; they just identified them and gave them a name. In fact, BHAGs date back thousands of years, “at least to Moses,” as Collins said in an interview. Henry Ford had one, as did Tom Watson of IBM. And it’s significant that a true BHAG looks “more audacious to outsiders than to insiders.” Insiders don’t “see their audacity as taunting the gods.” It never occurs to true visionaries that they can’t do what they set out to  do.

Mark Twain’s BHAG was to corner the world’s cocaine trade. “I was fired with a longing to ascend the Amazon,” he recalled. Specifically, he felt “a longing to open up a trade in coca with all the world. During months I dreamed that dream, and tried to conjure ways to get to Para [Brazil’s seaport] and spring that splendid enterprise upon an unsuspecting planet.” To that end, he assembled an organization—also key to achieving your BHAG, as Collins and Porras advise. Twain talked up the enterprise and recruited at least two eager associates. One was Joseph Martin, a Keokuk physician and lecturer in chemistry and toxicology at the Iowa Medical College—an astute move on Twain’s part, since Twain knew next to nothing about either subject. The other was a man named Ward, supposedly a businessman in the neighborhood, but that is about all anyone has been able to figure out.

Twain, Martin, and Ward “agreed that no more shall be admitted into our company.” Although Orion had expressed interest in kicking in startup money, Twain didn’t even want his older brother included. Shortly before he set off for the Amazon, Twain told their younger brother Henry Clemens how skeptical he was of Orion’s reliability and motives. He and Ward had determined to start to Brazil, if possible, in six weeks from now, in order to look carefully into matters there . . . and report to Dr. Martin in time for him to follow on the first of March. We propose going via New York. Now, between you and I and the fence you must say nothing about this to Orion, for he thinks that Ward is to go clear through alone, and that I am to stop at New York or New Orleans until he reports. But that don’t suit me. My confidence in human nature does not extend quite that far. I won’t depend upon Ward’s judgment, or anybody else—I want to see with my own eyes, and form my own opinion. But you know what Orion is. When he gets a notion into his head, and more especially if it is an erroneous one, the Devil can’t get it out again . . . Ma knows my determination but even she counsels me to keep it from Orion.

Although Orion “talks grandly about furnishing me with 50 or 100 dollars in six weeks,” he wrote, “I am not such an ass as to think he will retain the same opinion such an eternity of time—in all probability he will be entirely out of the notion by that time.” Orion probably just wanted Twain “to take all the hell out pioneering in a foreign land, and then when everything was placed on a firm basis, and beyond all risk, he could follow himself.”

So, on April 15, 1857, Twain set off for New Orleans on the Paul Jones, with 30 dollars to his name. By now, Martin and Ward had—for unexplained reasons— lost interest in the project. This left Twain, as CEO, on his own. With stops along the way, the Paul Jones reached New Orleans on April 26, by which time Twain was so low on funds as to be suspected of vagrancy. In New Orleans, Twain “inquired about ships leaving for Para and discovered there weren’t any and learned that there probably wouldn’t be any during that century.” He also found out that no ship had ever left New Orleans for Para. This was bad news. Twain needed to think about what it meant. “I reflected,” he would recall. “A policeman came and asked me what I was doing, and I told him. He made me move on, and said if he caught me reflecting in the public street again, he would run me in.”

Twain’s biographer, Albert Bigelow Paine, says it never occurred to Twain “that it would be difficult to get to the Amazon and still more difficult to ascend the river. It was his nature to see results with a dazzling largeness” that sometimes blinded him to unpleasant realities. Or, as Twain himself admitted much later in life, beyond getting to New Orleans and from there to Brazil and making his fortune, “This was all the thought I had given to the subject. I never was great in matters of detail.” 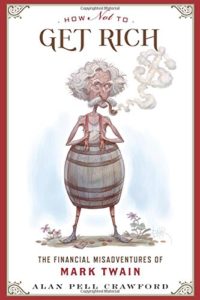 From HOW NOT TO GET RICH: The Financial Misadventures of Mark Twain. Used with permission of Houghton Mifflin Harcourt. Copyright 2017 by Alan Pell Crawford.

Alan Pell Crawford is the author of Twilight at Monticello and Unwise Passions. A former U.S. Senate speechwriter, congressional press secretary, and magazine editor, he has reviewed books on U.S. history, politics, and culture for the Wall Street Journal since 1993. His essays have appeared in the New York Times, Washington Post, Nation, and elsewhere. He lives in Richmond, Virginia. 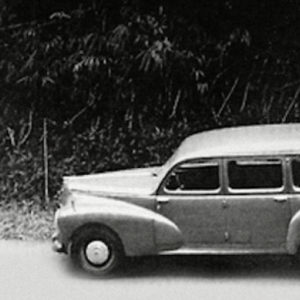 You never know which books might get missed. Last month I found quite a few from small presses; this month most of my picks...
© LitHub
Back to top
Loading Comments...