On today’s episode of The Literary Life, Mitchell Kaplan is joined by Mark Kurlansky to discuss his latest book, The Importance of Not Being Ernest: My Life with the Uninvited Hemingway, out now from Books & Books.

Mark Kurlansky: It’s an interesting thing, that’ the particular way that Hemingway wrote is often attributed to his newspaper experience because you had to pay so much for each word so you wrote very succinctly.

I don’t think it’s true at all. I think Hemingway wrote the way he wrote because it’s the whole idea of modernism. In Modernism, you strip things down. Ezra Pound used to say… don’t use adjectives. Mr. Pound was totally against the use of adjectives. And so he developed this style of modernist writing.

His short stories, which are my favorite Hemingway. I love short stories in general. I love to read them and I love to write them. … It’s my favorite kind of writing because it’s pure storytelling. And what you notice when you pick up a collection of Hemingway’s short stories, you just read the first line of each story. They’re all great. He always wrote a great opening line, which is kind of a newspaper things. When you’re reporting for a newspaper, the lead is everything.

Mark Kurlansky is the New York Times bestselling author of Milk!, Havana, Paper, The Big Oyster, 1968, Salt, The Basque History of the World, Cod, and Salmon, among other titles. He has received the Dayton Literary Peace Prize, Bon Appétit‘s Food Writer of the Year Award, the James Beard Award, and the Glenfiddich Award. He lives in New York City. 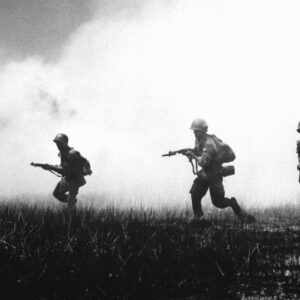