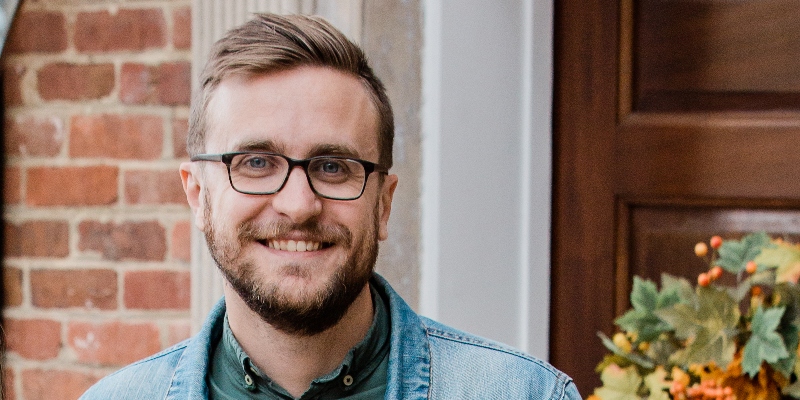 What does it mean to be tender with other wild things? This is a question often at the heart of animal-oriented stories, but few deal with it as delicately and immediately as Austin Ross’s “Never Handle Grounded Bats.” In less than 200 words, this story demands the reader to look themselves in the eyes: what deserves our kindness? And what does not? And most importantly: why?

Ross handles these questions with clear immediacy, stemming from the use of short, punchy sentences and a near instruction-manual-like beginning, as well as the intimacy that the second-person POV provides. However, the smallness of this piece means there is no hope for wavering, and no chances to find personal relief or reassurance. It’s like jumping into a pool; you must hold your breath and give yourself up to the gravity of things.

Listen to Austin Ross read “Never Handle Grounded Bats” on Micro.
Subscribe and listen in full, wherever you get your podcasts!

KR: Let’s start with the obvious—how did you decide on second person for this piece?

AR: Second person has always fascinated me. I know some people truly hate it, but when it works it’s so good. There’s an immediacy to it. I’ve written a couple of second person stories so far and will undoubtedly write more. The reason I initially was drawn to it for this specific piece was that I thought the story would be more of a list of instructions to do or not do, and second person made sense in that context, and then stuck around. But I’m a fan of it generally.

KR: There’s so much to say about the themes of this piece—it is a coming-of-age story, dealing in innocence versus realism, family dynamics, what we owe other living things, what it means to be tender, and more—all in one paragraph. Did you start off with a grand plan to include all those things?

AR: There wasn’t a grand plan at the beginning—I just wanted to tell this story as compellingly as I could. The inspiration behind “Never Handle Grounded Bats” was actually from a real-life story of when I was a kid. It wasn’t my dad in the real version but was a friend of mine about my age. He and his family had a farm, and I was there one day when he noticed a pigeon up in the rafters and knocked it down and stabbed it to death right in front of me with a pitchfork. I didn’t go back and bury it, but that moment disturbed me. Which I guess is obvious, given that I’m writing about it like 25 years later. A very different version of the same story also appears in the novel I finished a while ago, so it obviously hit a nerve with me.

In the micro version, I made the other character the dad because that relationship carried a lot of inherent weight and wouldn’t have to be explained to the reader, which would save space. And as I made some of these smaller choices (that still weren’t made with any sort of grand thematic purpose), the themes of the story started to naturally emerge. The kid going back to bury the bird seemed like a natural turning point for the story, as it comes after this realization about his father. So all of these little choices were made to keep the story afloat, so to speak, but ended up contributing to the overall themes. But a lot of it was there already, and I’d been thinking about it for a couple of decades, so I suppose it was then that my subconscious carried me.

There was a writer named Lucius Shepard who once said something along the lines of, “Writing is like taking a pencil rubbing of your brain—all the fissures and contours will show up in the work whether you want them to or not.” So these obsessions of mine show up in most of my stuff whether I’ve intentionally placed them there or not.

KR: Do you kill bugs when you find them in your house?

AR: Ah, interesting question. It depends on the bug and where exactly it is in the house. We used to have these Japanese cricket things that we’d sometimes see in our basement by the washer and dryer—huge long legs going out to either side. Could never catch them, but they freaked me out. Looked like a cross between a spider and a cricket, and they could jump just unbelievably high and far. Supposedly if they get stuck somewhere and can’t get out, they’ll eat their own bodies. Anyway, more often than not I suppose I probably do kill bugs in my house, yes. But now I’m questioning everything.

KR: HAD is a magazine that’s become known for extra long titles or titles that actually start off the piece. You choose a kind of classic poetry move of the title being the first line. How did you make this title decision?

AR: The title was from somewhere online, I don’t remember (maybe Twitter, but I don’t think so), of a sign at a zoo or something that literally said “Never Handle Grounded Bats.” The imperative jumped out at me as something immediate and forceful, something that could work really well in a flash or micro context. I initially envisioned it as more of a hermit crab type thing, but I’m not very good at those, and so went with straight-up narrative. But there was something about the specific wording of the title that really stood out to me, and making it the first line as well made a lot of sense.

AR: I vacillate a lot between various extremes of productivity. I wrote the bulk of a 70k word novel in the first half of 2020 (it gave me something to think about other than the collapse of society) and am now very unproductive, writing-wise. But I typically start with character. Some people start with free writing sentences, and some plot it all out beforehand, and that’s great. But I need somebody to just be doing something, and I go from there.

As for when I write, with two young kids, the only time I’ll ever get any writing done is by getting up early. I used to get up at 4:45 every day to write for like two hours, but those days are gone, at least for now. On a good day now, I’m up at 6, maybe 5:45. But even those smaller word counts add up faster than you think.

Inspiration comes from lots of places. I wrote a story about Richard Nixon as a rodeo clown because I became fascinated that he was the only president in history to resign—what would that be like, and what was his life like afterwards? But in general, I’d say a good bit of my inspiration comes from my own life, however fictionalized the end result might be. I also love keeping track of possible titles.

My wife will sometimes phrase things in a very interesting way, and I’ve made a note of them over the years. I’ve got a longer story coming out this year in Pontoon, a Malarkey Books anthology, that finally gave me a chance to use one: “For the Sake of Our Bodies.” There’s another one she said that’s too good to share, I don’t want anyone to steal it, but I’m still trying to write a story worthy of such a title. So titles are also big inspirations for me.

The submission process for this piece was pretty straightforward. I wrote it with HAD in mind (they’d turned me down maybe six times or so, and I was determined to get in there) but sent it to maybe one or two other places while I was waiting for a HAD call to open up. Then one morning, Aaron announced another submission call and I sent it immediately and here we are. There’s nothing quite like the white knuckle experience of sending in something on your phone and hoping it’s the right version but knowing you don’t have enough time to check. It’s chaotic, and I love it.

Austin Ross is the author of the forthcoming novel, Gloria Patri (Malarkey Books, 2023) and is a senior editor with Harper Horizon, an imprint of HarperCollins Publishers. His fiction, essays, and interviews have appeared or are forthcoming in Hobart, Necessary Fiction, and elsewhere. He is an editorial consultant at CRAFT Literary and an editor at The Masters Review, and lives with his family near Washington, DC. Follow him on Twitter @austintross or visit austinrossauthor.com for more. 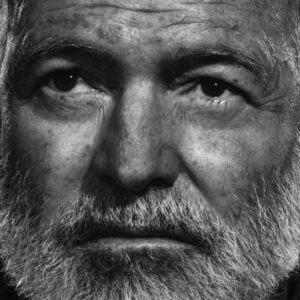 On today's episode of The Literary Life, Mitchell Kaplan is joined by Mark Kurlansky to discuss his latest book, The Importance...
© LitHub
Back to top