In this episode, Andrew is joined by Marie Yovanovitch, the ambassador and author of the memoir Lessons from the Edge.

Ambassador (ret.) Marie L. Yovanovitch is a Senior Fellow in the Russia and Eurasia Program at the Carnegie Endowment for International Peace. She first joined ISD as a Senior State Department Fellow in the spring of 2019 after three years as the U.S. Ambassador to Ukraine (2016-2019). She previously served as Ambassador to the Republic of Armenia (2008-2011) and the Kyrgyz Republic (2005-2008). From 2012-2013, Ambassador Yovanovitch was the Principal Deputy Assistant Secretary of State for the Bureau of European and Eurasian Affairs, where she was responsible for policy on European and global security issues. She also served as the Senior Advisor to the Under Secretary of State for Political Affairs from 2004-2005. She retired from the Department of State as a Career Minister in January 2020. 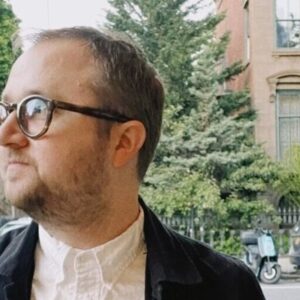 Sasha Fletcher physically drops in to the Damn Library. In the flesh. Christopher and Sasha are actually in the same room,...
© LitHub
Back to top