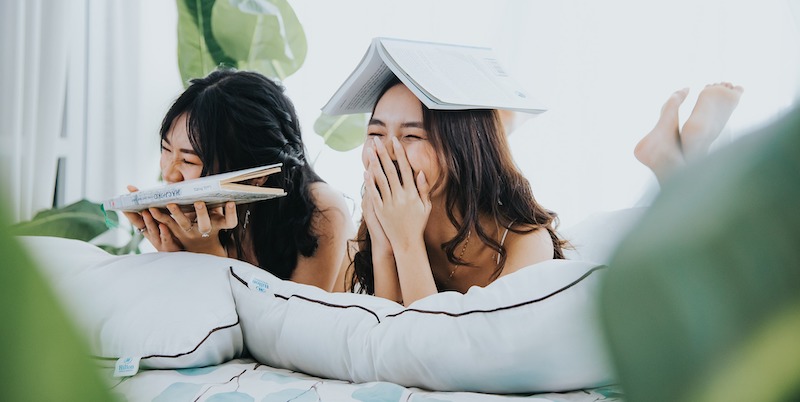 "Humor can make a reader relax."

During virtual readings last year, I was asked a few times how I incorporate humor into my writing. My clumsy attempts at answering these questions were akin to using a cooked noodle to open a car door; ineffective and messy. Shortly after my final event, I thought of everything I should have said, and these thoughts began, characteristically, with chocolate.

While good alone, dark chocolate is perhaps most deliciously a delivery system for peanut butter. When paired, chocolate and peanut butter become greater than the sum of their parts, forming a third entity, let’s call it a key, that unlocks a door to more profound flavors.

In the above relationship, if you replace dark chocolate with humor, peanut butter for The Thing, and flavors for Emotional Truths, it explains the access I feel being funny can grant.

Humor can make a reader relax. This disorientation is valuable. Once they feel at home, the reader is vulnerable. Whatever the writer does next lands harder. The reader might find the cozy room they’re sitting in is actually a lightning field.

If we revisit the original metaphor of chocolate and peanut butter making a key to access more profound flavors, and this time replace chocolate with supernatural elements, peanut butter for The Thing, and flavors for Emotional Truths, it explains how and why, in addition to humor, I also use magic in my stories.

Occasionally I visit schools whose students ask me to teach them how to write magic as if asking for illegal drugs. Some of their teachers won’t let them use supernatural elements in their stories.

Not even ghosts, one student bemoaned.

Some teachers are afraid of ghosts and anything that ventures too far outside realism. Perhaps they worry the supernatural element will read as gimmicky or flatten character and resonance, the way the bad stuff does. Yet, Toni Morrison is a genius at implementing every element of craft, and her stories are filled with ghosts. I’d even say they’re haunted.

It took a long time for me to learn the magic part of magic realism. I discovered that supernatural elements function best when they meaningfully connect to a character’s desire. If you can remove magic from a story without it collapsing, the thinking work is not finished.

Perhaps we need a better understanding of how to teach, consider, and review magic realist stories. Though their work is charged to function equally in the literal and figurative, writers of surrealism are still sometimes considered lightweight.

Once upon a time a man reproached Picasso — who, it should be noted, was terrible to women — for not painting realistically. Picasso said, “Show me what you mean by realistic.” The man showed him a photograph of his wife. Picasso looked at it and said, “So your wife is three inches tall, has no hands or legs and is black and white?”

Did this really happen? Did Picasso really have this conversation with a stranger? If he didn’t, and the story is made up, does it change the lesson’s accuracy?

There is no such thing as accurately representing reality. As soon as we make one mark on a page, we seek to control time. Even if we write the most realistic story about realistic people doing realistic things, we cannot control time.

If that thought is upsetting, may I recommend eating some chocolate?

Read more about writing with humor:

Stuart Evers on what makes something funny.

Allie Esiri on Shakespearean humor in the midst of plague.

5 Books on Humor and Magic
RECOMMENDED BY MARIE-HELENE BERTINO

Thomas Morris, We Don’t Know What We’re Doing
Paul Beatty, The Sellout
Ramona Ausubel, A Guide to Being Born
Manuel Gonzales, The Miniature Wife
Helen Oyeyemi, What Is Not Yours Is Not Yours 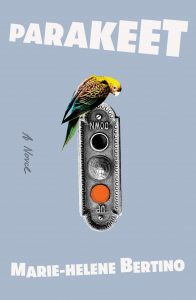 Parakeet by Marie-Helene Bertino is available via Farrar, Straus and Giroux.

Marie-Helene Bertino is the author of 2 A.M. at the Cat's Pajamas and the story collection Safe as Houses. She was the 2017 Frank O'Connor International Short Story Fellow in Cork, Ireland. Her work has received The O. Henry Prize, The Pushcart Prize, The Iowa Short Fiction Award, The Mississippi Review Story Prize, fellowships from MacDowell, Sewannee, and NYC's The Center for Fiction, and has twice been featured on NPR's Selected Shorts. Formerly the associate editor of One Story and Catapult, she now teaches at NYU, The New School, and Institute of American Indian Arts in Santa Fe.
http://www.mariehelenebertino.com.

How the Culture of Medicine Kills Both Patients and Doctors 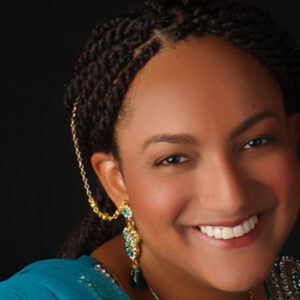 On today's episode of The Literary Life, Mitchell Kaplan talks to Haitian writer M.J. Fievre about her latest book, Badass...
© LitHub
Back to top
Loading Comments...