via Books and Books

In conversation with Mitchell Kaplan on The Literary Life Podcast

On today’s episode of The Literary Life, Mitchell Kaplan talks to Haitian writer M.J. Fievre about her latest book, Badass Black Girl: Quotes, Questions, and Affirmations for Teens, out now from Mango.

M.J. Fievre: I know that it might be cliché. A lot of writers say that books saved their lives, and I’m just going to use that cliché because in my case, it’s so true. I grew up in a family that was really dysfunctional, and I don’t think that I would have survived emotionally without books. I lived in fear. I was in fear 24/7. Even when I was away from home, I was worried about what was waiting for me when I went back. And, in addition to that, I had to deal with just growing up in a strange country when it comes to the political climate. There were days when we did not go to school because Port-au-Prince was just on fire. They were burning cars, burning buildings downtown. People were protesting. The violence was both organized and random. On some days, you knew that people had actually planned the whole thing, and on some other days it just erupted out of nowhere. So I was a very preoccupied child and reading books kept me afloat, being able to distance myself from reality and just find comfort in fictional characters and fictional worlds.

Born in Port-au-Prince, Haiti, M.J. Fievre moved to the United States in 2002. She currently writes from Miami, Florida. M.J.’s publishing career began as a teenager in Haiti. At nineteen years-old, she signed her first book contract with Hachette-Deschamps, in Haiti, for the publication of a young adult book titled La Statuette Maléfique. Since then, M.J. has written nine books in French that are widely read in Europe and the French Antilles. In 2013, One Moore Book released M.J.’s first children’s book, I Am Riding, written in three languages: English, French, and Haitian Creole. In 2015, Beating Windward Press published M.J.’s memoir, A Sky the Color of Chaos, about her childhood in Haiti during the brutal regime of Jean-Bertrand Aristide. She is also the author of Happy, Okay? Poems about Anxiety, Depression, Hope, and Survival and Empowered Black Girl: Joyful Affirmations and Words of Resilience. 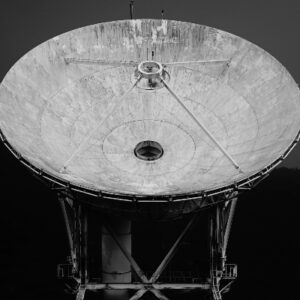