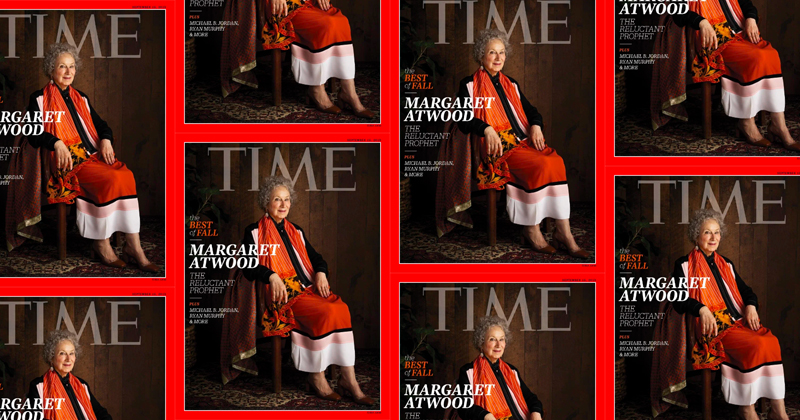 Margaret Atwood is the second (!) novelist to make the cover of TIME this year.

Need some evidence that literature isn’t dead? (Besides that very question being an insufferable cliché, I mean?) May I present Margaret Atwood, uncorking a Mona Lisa smile on the cover of TIME. Obviously it’s totally warranted, but consider the fact that in June, when Colson Whitehead made the cover, he was the first novelist to do so since Jonathan Franzen in 2010—and Franzen was the first since Stephen King, in 2000. But in pits of the garbage year that is 2019, we’ve got two. Which is something. (And yes, as you may have surmised, Margaret Atwood is the first female writer to make the cover since Toni Morrison in 1998.)

In other Atwood news, this morning, TIME reported that Hulu and MGM will be developing Margaret Atwood’s sequel to The Handmaid’s Tale, The Testaments, for the screen. Not shocking, considering the success of Hulu’s adaptation of The Handmaid’s Tale (even if less so all attendant merch).

Lucy Feldman writes that “it’s unclear at this stage what form The Testaments will take—whether it will be folded into the existing Hulu series or developed as a separate work.” 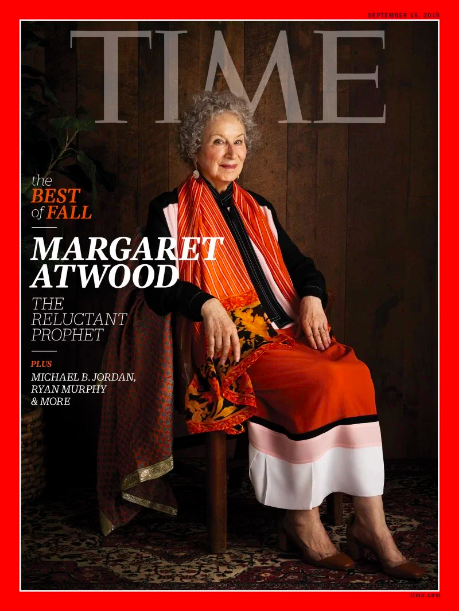