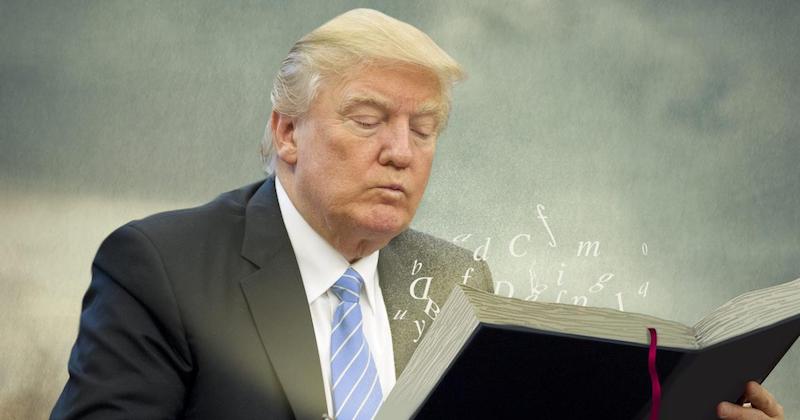 Maggie Haberman is writing the definitive book on Trump. We hope it’s good.

Today, Penguin Press announced plans to publish New York Times reporter Maggie Haberman’s book about Donald Trump. The currently untitled book, set to hit shelves in 2022, will span several decades of the president’s life, from his early days as a property developer to his time on The Apprentice to his presidential term to . . . whatever he does next. According to Penguin vice president and publisher Scott Moyers in a press release: “Maggie Haberman’s book will be an instant classic, a definitive and fascinating account of Donald Trump, his life and his presidency.”

Haberman is an obvious choice to write an “instant classic” on Donald Trump: she’s been the dominant Trump reporter for the past four years, averaging more than one Trump-related story per day since 2016, and in 2018 she was part of the team that won that year’s Pulitzer in National Reporting for covering Russian election interference. Her sources run deep, and she’s deeply enmeshed in the subject matter. And now that Trump has finally been ousted from the White House (fingers crossed), writing a comprehensive book about him feels doable—whereas when he was averaging two incendiary sound bytes per day, prematurely encoding Trump in a book felt like Slavoj Zizek writing a book titled Pandemic in the first month of the pandemic. Now that it’s not crucial to combat Trump, we can have the perspective to look back and understand him.

Hopefully that understanding will extend to Trump’s peers. Longform takes on the evil of Trump have already focused on his bizarro unpresidential demeanor. This implicitly attributes a dignity of purpose to more professional-seeming politicians, no matter how closely their politics align with Trump’s. Members of the Trump administration have already capitalized on this convenient idea, knowing it lets them off the hook for their decisions—even though more Republicans voted for Trump in 2020 than in 2016.

Shorn of his real abuses, the Trump of institutional Democrat antipathy appears as a kind of jester figure, the holy fool of the tarot card, bravely teetering forward into eternity like a buoyant stock market . . . [when] for the most part, Republican and Democrat politicians are people with a lot in common, bickering colleagues in the management of our permanent decline.

I’m worried Haberman’s book will adopt a similar angle, because Haberman seems to care about decorum (see: her praise of former Press Secretary Sarah Huckabee Sanders). But I’m hoping it doesn’t, because if I want to read a book featuring a clown, I can just read A Confederacy of Dunces or Pale Fire or . . . The Book of Clowns.

But I’m just hand-wringing and speculating here—the book doesn’t even have a title yet. Plus, it’s easy to write a Trump book off as unhelpful when we’re all so familiar with his schtick, but given her extensive knowledge of Trump and network of sources, Haberman’s audience could very well be future generations. History books need to be written, and someone has to write them. And better it be Maggie Haberman than, you know, Donald Trump.