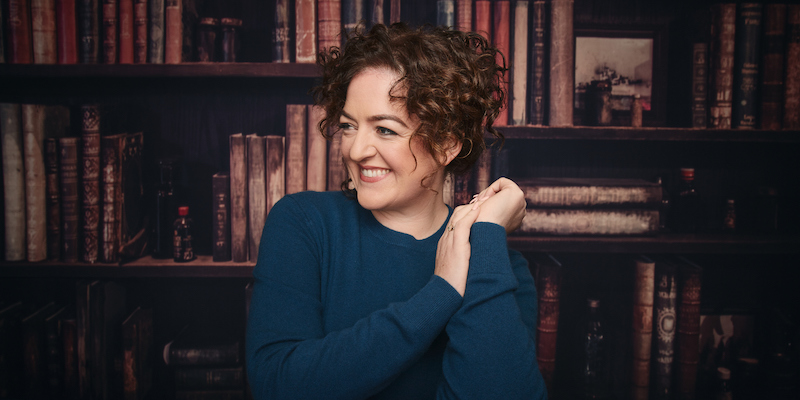 This week on The Maris Review, Maeve Higgins joins Maris Kreizman to discuss her new book, Tell Everyone on This Train I Love Them, out now from Penguin.

*
On levity and seriousness:

MH: I don’t think I enjoy one without the other anymore. I’ve gone through phases of being very serious and taking myself very seriously and being intense, and I’ve gone through other phases where I thought no, none of this, I want pure silliness and pure escapism. I’m still trying to get that balance right. It makes for good writing, but it also makes for a more honest examination of whatever the subject is. Things like mental health and the immigration system in the US, both of those things are very serious, but at the same time there’s lightness in there if you do it right.

This happens in nonfiction but with fiction it really happens, where the sadder and the more serious, the more respected it is.

MK: Like in film. The comedies get less respect than your serious Oscar bait.

MH: Yeah, you know these adjectives like “unrelenting” or like “I was ruined by the end of it.” People just love that and it gets taken more seriously. If you’re sad and serious, people think you’re smarter than if you’re funny. I disagree with that.

*
On the manipulation of language:

MH: The way we use language is so sanitized. I heard someone on a panel talk about “juvenile aliens” and getting their DNA. I thought, juvenile aliens as in little children who are not American? And that’s what he’s sitting up there in uniform discussing.

Language around making things sound less violent than they are is a preoccupation of mine. It’s not like it happens by accident, but it just becomes so normal. Under the Trump administration they inserted the word “alien” everywhere they could, because it’s helpful to stop thinking about people as people and start thinking of them as aliens. It’s the oldest trick in the book.

Maeve Higgins is a contributing writer for The New York Times and a former comedian who performed all over the world. She starred in the multi-award winning movie Extra Ordinary and hosts a climate justice podcast with Mary Robinson entitled Mothers of Invention. Her latest essay collection is called Tell Everyone On This Train I Love Them. 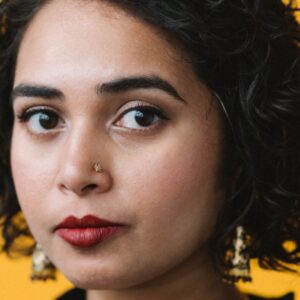 Novelist SJ Sindu joins host V.V. Ganeshananthan live from the Tamil Worlds Initiative at the University of Toronto-Scarborough...
© LitHub
Back to top