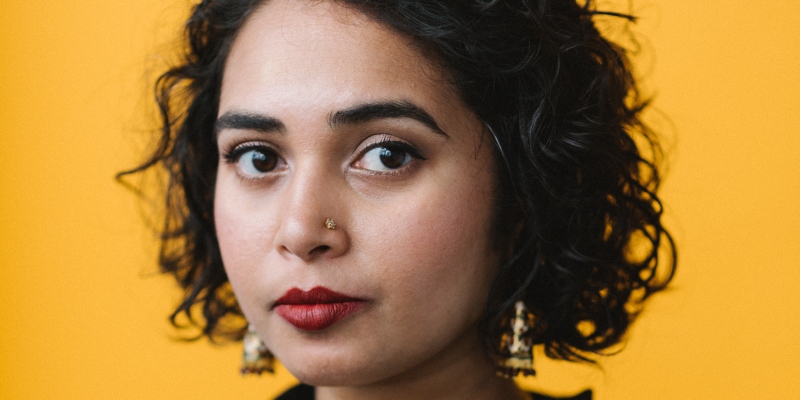 Novelist SJ Sindu joins host V.V. Ganeshananthan live from the Tamil Worlds Initiative at the University of Toronto-Scarborough to discuss her new novel, Blue-Skinned Gods, and its protagonist, Kalki, a blue-skinned boy raised in an ashram as the tenth human incarnation of Vishnu. Sindu talks about depicting caste, gender, and heteronormative privilege within a rigid community; the destructive intersection of spirituality and capitalism; and how the age of digital misinformation has aided the Hindu right’s attempt to redefine South Asian history.

Funny Boy by Shyam Selvadurai • Tamil Worlds Initiative at the University of Toronto-Scarborough • “Where Countries are Tinderboxes and Facebook is a Match,” New York Times, April 21, 2018 • The Awakening by Kate Chopin • Marrying for a Future by Sidharthan Maunaguru • The marriages in-between – Himal Southasian A review of Sidharthan Maunaguru’s Marrying for a Future: Transnational Sri Lankan Tamil Marriages in the Shadow of War by V.V. Ganeshananthan | Jan 29, 2020 • Garrard Conley and SJ Sindu on the Mainstreaming of Queer Identity, Fiction/Non/Fiction Season 1, Episode 26

V.V. Ganeshananthan: Especially in moments of upheaval, you know, should a Kalki appear, how would I resist? And yet in the story, so many people do pull away in some way or another from the ashram. As the story continues, one of the things that happens to Kalki in this community of belief is that he becomes extremely isolated, and some of his friends and loved ones leave the ashram, and he thinks that he can’t go—he can’t imagine another life for himself. I was thinking a lot about why we join religious communities and also why we stay in them. And I wonder, do you think of Kalki’s community as extremist, or do you think about them in some other way? How are the characters who stand up to the rigidity able to do that?

SJ Sindu: I don’t see his community as extremist in the same ways that I see other extremist movements in real life. But, I think it’s important to keep in mind that extremism is always relative. It’s always sort of a frog-in-boiling-water type of situation where it doesn’t go from non-extreme to extreme overnight. If it does, it’s in response to really extreme circumstances. And without those circumstances, the extremism builds on itself. So, in some ways, Kalki ends up in more of an extreme, extremist sort of community than he did at the beginning. At the beginning, it’s just his village, and the villagers just believe that he has healing powers.

Then it sort of builds, and as his fame grows, people come from outside, and once the Westerners start to come, it gets more extreme. In my research, that’s kind of what I’ve seen happen with certain, I guess, not gonna call them cults… But yeah, I mean, even with cults, that’s how it happens, right? That at a certain point, it’s very small and sort of contained, and then it breaks containment, and it becomes more of a public movement. Once it does that, it’s already built its extremity so much so that, in relation to the outside world, it seems extremist, but for people who are in it, it doesn’t seem that way at all. And that’s what I wanted to capture in this, that Kalki doesn’t see it as extremist until he starts to engage with the outside world, and starts to see that there’s more than what he’s been told—more than what he’s been able to see.

VVG: I should say that I think that some of the funniest parts of the book have to do with outsiders coming to this ashram. There’s a character named Brad, who I find hilarious. There are moments when Brad is explaining things to Kalki and I’m like, Oh, God, what’s happening? It’s my childhood on the page. Of course, that interest [from Westerners] can be genuine, but it’s also potentially quite profitable. You portray Kalki’s father as driven by both profit and belief, and this is a huge part of how Hinduism is covered in Western media because it’s often connected to celebrity and yoga and wellness, and this array of wellness terms that are connected to a subtly coded wealth. So, I wonder how you thought about this industry and how you thought about writing about the money of it.

SJS: I would trace it all the way back to the Beatles and the counterculture movement, right, since then, there’s been a spiritual-industrial complex surrounding a lot of the spirituality of South Asia, and I do see it as extremely profitable. I think that even the movements that start out with genuine intentions, and I don’t know how many of those there are—it’s hard to distinguish the genuine intention movements from the ones that are specifically designed to take advantage of Westerners. But, at some point, whatever the intentions were at the beginning get eaten up by capitalist concerns. I think it’s just that capitalism ruins everything, and that it also ruins spirituality by making it into a corporation that has a board and stocks and people that are profiting directly off of it.

And then, you know, everything just sort of starts to degrade. I think it’s… as soon as you introduce money into a religious exchange, it starts to become tainted, but then, looking at histories of religion and organized religion, when has money not been involved? So there’s also that, and I don’t think there have been many religions that have successfully avoided involving money because everything costs money. You have to maintain some sort of center of worship, you have to provide for the community in some way, and most usually you get donations or something from the community. So there’s already a money exchange happening, and living at the end of the world and late capitalism, I feel like we can’t ignore that connection. And so the character of Ayah was meant to encapsulate that conflicting pull of both. He actually believes in them in many ways, but his belief gets subsumed under his greed for more power and more wealth.

Transcribed by Otter.ai. Condensed and edited by Hannah Ward. Photo of SJ Sindu by Sarah Bodri. 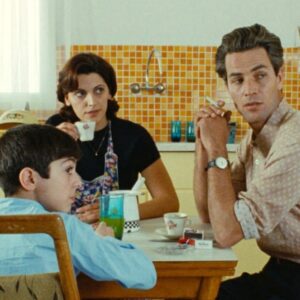