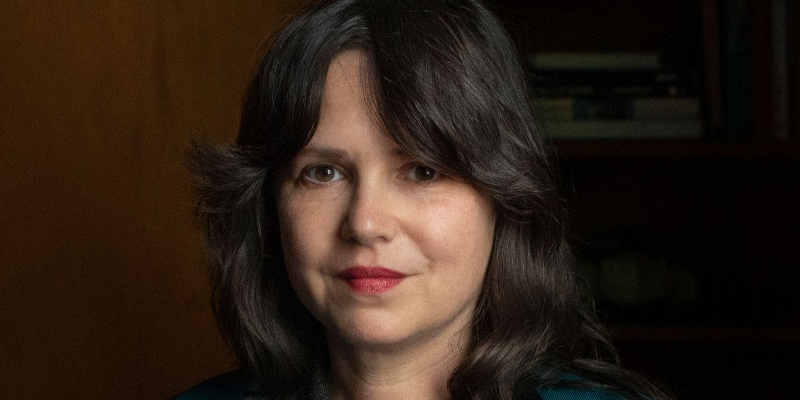 Lucy Corin on the Near-Death Experience That Changed Everything

Lucy Corin is the guest. Her new novel, The Swank Hotel, is out now from Graywolf.

LC: There are a lot of ways that I could squirrel out of the question. But the origin story, the real one, it’s an intimate story, and I’ll tell it in part because I feel OK telling it because it’s contained in the book, and it’s contained in the book in a way that is presented as the origin story. One of the wild things in the book is that there’s a chapter written by my real-life sister. She’s a brilliant writer. She’s a wonderful artist. I love her enormously. She’s a complicated person. I’m kind of complicated. You don’t know that yet, but I am. But she had an experience where she came very close to dying, and she didn’t. And it changed my life. It changed my life to be in the presence of that.

I’m a fiction writer, I’ve been a fiction writer, that’s who I’ve been since I had an identity for myself. So anything that happens in the day—I see someone do something silly at the grocery store, and it filters through my fiction mind. I ask myself, what does that have to do with fiction? The way that that person did that with that carton of milk? And so when this enormous thing happened in my life, I found myself asking, what does this mean for narrative? If my whole narrative of the world and how things go is that people are born and then they live and then they die, and then I have something that disrupts that very core basic expectation, what does that mean to everything else that I take for granted? About everything from the way people should imagine their own sexualities to the way that people should imagine going through their life, trying to get a decent job and buying a house and being a decent citizen.

I mean, that seems like a very big leap immediately. Because the core thing is the human beings that this stuff is happening to and the trauma around it. But I knew it was connected. And so I spent the next ten years of my life trying to write into those confusions and those relationships and those connections that had sort of—I don’t think shattered is the right word. It’s a little dramatic. It’s dramatic, but shattered is still sort of too sharp a word I think.

LC: It destabilized my sense of how I viewed the world and how I thought that I was viewing things in relation to the people around me, a sense of uncertainty about the assumptions I made about what other people thought, or of the way that other people proceeded through their lives. And so that’s where the writing came from, was just trying to write through and towards and within that instability.

LC: Well, I appreciate that you’d know that those are complicated words that go in and out of feeling right to people. So I think it’s great to stumble around those words. I think it’s only appropriate.

BL: Yeah. So that’s the heart of your book, I would posit. And you talked about how in your own life, your sister’s brush with death totally reordered your existence and reoriented you in terms of your expectations. I think what you were implying—and again, correct me if I’m wrong—is that we have this sort of assumption that you’re born, you live 75 to 100 years, and then you die. So was it the sort of out-of-time-ness of it that disrupted you so much in terms of your expectation of how your life was going to go and how her life was going to go? Is that what you meant?

LC: Well, I also meant that it’s not just that you don’t expect to encounter something like that when you’re young, when you’re like a young, thriving adult. It’s also about that seeming like a closed system. Because the experience of it—from my perspective, which is what I try to focus on instead of trying to pretend to be able to represent other people’s experiences—the experience of it was being told that she was dead. And then having that experience of having a dead sister for a weekend, for days, and then being told, oh no, not dead. And so it’s that undoing of something that seems like it couldn’t possibly be undone. It’s that rupture of a very core expectation of the way things go.

Lucy Corin is the author of The Swank Hotel, available from Graywolf Press. It is the official October pick of The Nervous Breakdown Book Club. Corin’s other books include the story collections One Hundred Apocalypses and Other Apocalypses and The Entire Predicament, and the novel Everyday Psychokillers: A History for Girls. Her work has appeared in American Short Fiction, Conjunctions, Harper’s Magazine, Ploughshares, Bomb, Tin House Magazine, and the New American Stories anthology from Vintage Contemporaries. She is the recipient of an American Academy of Arts and Letters Rome Prize and a literature fellowship from the National Endowment for the Arts. She teaches at the University of California at Davis and lives in Berkeley. 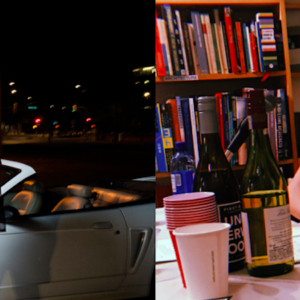 For this installment in a series of interviews with contemporary poets, contributing editor Peter Mishler corresponded with...
© LitHub
Back to top