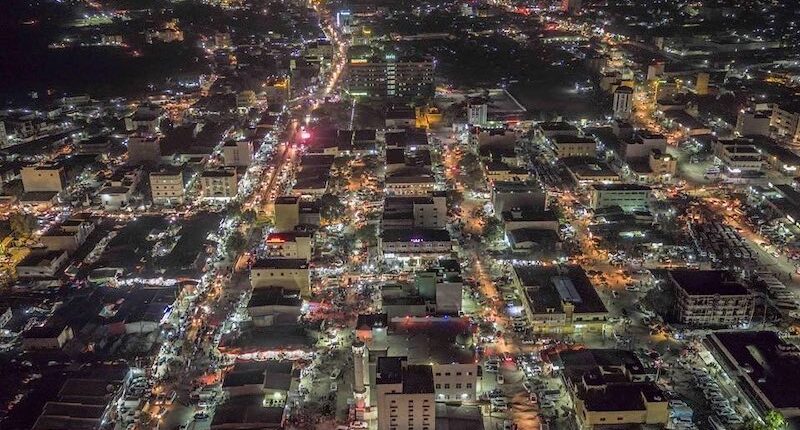 “This is your country.” That’s what everyone tells me and it’s true, my mother tongue does not surround me anywhere else, and in no other country does my face blend into the crowd so seamlessly. But is Somaliland my country?

I left my hometown of Hargeisa at the age of four. As a child, I loved the town; to me it meant my devoted grandmothers living a short walk away, the shouts of children playing up and down our sandy street, the hotel where my elderly friend Fadumo lived and worked with her brother, the labyrinthine market that my sister would take me to every day treating me to mint cordial and sticky brown slabs of halwad. In hindsight, it’s remarkable how busy the life of a young child can be, how full of routines, habits and small dramas. My family lived in a small, whitewashed bungalow with a courtyard in the middle and outside, a goat, Ceebleh, mooched under a tall tree which my mother had planted. It was a good place to grow up—sunshine, no school, an endless supply of neighborhood children to play and fight with—if you ignored the dictatorship, economic problems and growing instability. When we flew out of the country in 1986 the war was still two years away but we trooped onto the Somali Airlines flight to Britain (via Moscow) at Mogadishu airport not knowing when or if we could return.

In Britain it wasn’t love for Somalia that my mother tried to instill in me but loyalty to the language, culture and religion of our homeland. It felt extremely important to not divert from the identity I would have grown into if we had stayed in Somalia. I remember writing something at primary school about my wish to become President of Somalia when I grew up, so I clearly still saw my future there. We were one of the few Somali families in our part of London. There was a larger community in East London, but in southwest London we were exotic, not fitting neatly into the established Caribbean or Pakistani communities. This “otherness” was not conducive to loving myself, but I stubbornly held on to the real memories I had of Somalia, not the images of war and famine that led to me being teased in school. As Hollywood made films set in Mogadishu such as the terrible Black Hawk Down, my hometown, Hargeisa, became the capital of a new, self-declared country (younger than me) called Somaliland that rose out of the ashes of the civil war to become stable and democratic.

I first returned to Hargeisa for a very brief visit in 2006 and without realizing I found myself on my childhood street. Something clicked inside me—this fine yellow sand, yes, it’s familiar, I thought or rather felt, this slice of sky too, these squat, 1950s bungalows, these heavy gates with geometric patterns. My feet had found their way home. Before I left Hargeisa as a child I’d had a bad case of pica, maybe because of nutritional deficiencies, and would eat the strangest things—pebbles, chalk, sand. I ate my home and carried it with me in my stomach to another country. The boundaries between the things we love and ourselves are always blurred and it was strange to think that this neighborhood had entered my bloodstream and more than twenty years separation had meant little to us.

Now, I’m a little more hardened towards my childhood love. After that first reunion I kept returning and each time the shine was rubbed away. Hargeisa is a different and harder place for a grown woman than it is for a little girl; I feel watched, controlled, judged. I am conspicuously “other” in dress, accent, even body language to “real” locals, I am one of the ones who did not suffer the worst of the war or the displacement and hardship that followed. I haven’t earned the love of the city that I’ve always wanted to love but I understand why. I travel widely yet there is something uniquely complicated about my trips to Somaliland, they involve a different wardrobe of long skirts and hijabs and the practice of my rusty Somali. I return out of loyalty, if not love.

Nadifa Mohamed is a featured participant in the 2022 PEN World Voices Festival events “Opening Night: An Evening with Nobel Laureate Abdulrazak Gurnah” and “Imagining the Past: Resurrected Narratives.” For more information about the festival, which takes place May 11-14 in New York and Los Angeles, please visit worldvoices.pen.org.

Nadifa Mohamed was born in Hargeisa, Somaliland, in 1981 and moved to Britain at the age of four. Her first novel, Black Mamba Boy, won the Betty Trask Prize and was shortlisted for the Guardian First Book Award, the John Llewellyn Rhys Prize, the Dylan Thomas Prize, and the PEN Open Book Award. Her second novel, Orchard of Lost Souls, won a Somerset Maugham Award and the Prix Albert Bernard. Mohamed was selected for the Granta Best of Young British Novelists in 2013, and is a Fellow of the Royal Society of Literature. Her book The Fortune Men was shortlisted for the 2021 Booker Prize and the Costa Novel Award and longlisted for the Walter Scott Prize for Historical Fiction. She is currently Distinguished Writer in Residence at New York University.
Share:

Donna Barba Higuera on Following the Storytelling Traditions of Her Family 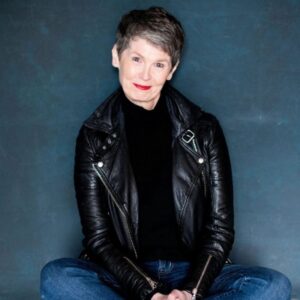