Love is Boring and Hard to Write About, And Yet…

Lydia Millet on Why Hate Is Juicy and Love Is Dry

Let’s say you’re in a new relationship. You’re talking to a friend, and she asks you about it. Maybe she actually wants to know—curiosity, genuine interest—or maybe she senses that you’d like to speak. And you would, although, it should be said, you hesitate, slightly shy, a bit reluctant: you know the pitfalls of this thing. Still, push comes to shove, a couple beers under your belt, yeah, sure. You’d like to convey some hope, delight, lust, tenderness, the particular small or large admirations you feel for the object of your affection.

First, the words come out hackneyed and trite. These are words that have been said 63.49 billion times, and the ticker’s still ticking. Second, your friend is instantly mind-numbingly bored and barely pretending not to be. “Uh huh. Uh huh. Oh, uh huh.” Third, your friend has her own worries, her own focus. She’s in a long marriage, say, with give and take, the tedium of daily logistics, complacency, mutual irritation and sporadic, familiar sex. Or no sex at all. Or she’s recently divorced. Or she has stress at work. Or her child’s being bullied. Or her father just died and she could really give a fuck. Or she just thinks you’re an idiot. She hears you speaking through a veil of delusion. She’s read the science; she knows those novelty neurons are firing in your brain. She struggles not to say things like, “Well, that’ll pass.” Or “Just wait six months, ok? Then you’ll be singing a sadder song, my girl.” Or “He has a shih-tzu? And you love this guy?”

The conversation ends with a whimper, not a bang. She’s all, “Well, that’s so great. That’s really great. I’m happy for you, hon. You deserve this.”

You hang up, or you leave the restaurant/bar/home, and you feel deflated. Foolish. Maybe slightly defensive. Can you hit rewind? Can you grab her by the shoulders and say “But wait! I said it wrong!” Can you force her to admit that this is perfect, this will work out, this right here is the winning golden ticket?

Talking about love is a buzzkill.

On the other hand, let’s say things in your relationship have gone awry. There’s sourness there. Nontrivial problems. There are conflicts. Perhaps there’s been a betrayal. Maybe there’s injury, sadness, confusion. Resentment. Doubt.

Now that. That’s something a friend can sink her teeth into. She’s really interested now. You’ve got her attention. Time to troubleshoot. Or just bitch. Speculate about the flaws of the other. Or your flaws, if you’re open to that line of inquiry. Was it an unfortunate misunderstanding? Or is he just an asshole? Wait. Is he, perchance, a clinical narcissist? Shit, could he be a sociopath? Which diagnostic characteristic boxes can be checked? Hmm. Ok, let’s talk about you. Is it a repeat of that insecurity issue from ’08? You know, with that guy with the… what was his name? Tom? No, Todd. Tom was the socialist. With the family money from Dow Chemical. Wasn’t he? Todd was the guy with the ankle fetish and the peanut allergy. Gluten? No, peanuts. Anyway. The time you said you didn’t really like to walk around naked, and Todd said—no? Wasn’t like that? All right then. Are you knowingly poking an open wound? Unknowingly? Are you needy? Are you not putting out enough? Too much? Are you, perchance, a clinical narcissist? Not a sociopath, no. Pretty sure not. You’re pretty confident that you feel empathy. I mean, you cry at Cialis commercials. Plus recently you did this online test, it said you were very empathetic. Above average. Although, to be completely honest, within one standard deviation of the norm. True, yes, you did once kill that frog… an accident. That was it. Didn’t mean to. You can’t remember exactly, but probably the killing was unintentional.

This social encounter ends much better. Doesn’t it? There’s a measure of mutual satisfaction. Matters have been dealt with. More clarity, going out, than you had coming in. Definitely. She’s shed some light. You never thought of that theory about his whole anger deal with Roger and Mel. Man, you never even considered it. Or the ugly situation with his ex, the one with the law degree and two completely different eating disorders. You met her at a party once. Everyone knew she’d gone to Harvard, won a prestigious award there, in fact—not only did she go to fucking Harvard but she won a goddamn major Harvard award. Common knowledge. But all she’d ever say, if someone was gauche or bold enough to ask her directly where the law degree came from, was, “Oh, I went to school in Boston.” She’d give a little shrug. Long, beautiful red hair. Allegedly natural. Damn it! That woman was impressive. And irritating. It didn’t bother him one bit, that “Oh, I went to school in Boston.” He has no sensor for false modesty. Zero. On the contrary, he found it admirable. Is he actually over her? Or switching from the Paxil to the Dexedrine… that could explain some things. Sure as shit.

And it’s not fair.

We may feel gray when we experience this disgruntlement, this disappointment in our partner, in our fellow man, but our gray disappointment makes for better conversations. Livelier. Thornier. More epic and compelling. Full of movement and color.

Whereas when we talk about love, so sweet, so rapturous, so replete with optimism and generosity, we bore. We’re just deadly damn bores.

Not just romantic love, either. Because with that form of love, in the writing, at least you can bring in sex. More sex than you can bring to conversation, anyway. Even if you’re the kind of talker who doesn’t mind getting graphic—and I know some of these, I’m pleased to say—in conversation there tend to be some conventional limits. You’re not, typically, going to have an exchange with your friend where the sex talk is so frank and lengthy that people start shifting on their barstools. You’re not going to risk discomfort or—heavens!—arousal. Gross. Or revulsion either, for that matter. Plenty of friends aren’t into hearing about other people’s bodies. Or thinking about their own. Plus you’d prefer not to transgress against your partner. Your sex with him is private.

But in writing you have carte blanche for sex, if you care to exercise the liberty. Writing and reading are solitary. So in prose you can offer eroticism—shucks, you can do pornography!—should you wish, to take the place of love’s platitudes and keep your reader in thrall.

It’s other forms of love that are hardest to write about. To name a few: love of children. Love of the unknown and unknowable. Love of longing. Love of silence. Love of music. Love of the past. Of possible futures. These are difficult loves to describe. Or maybe you can describe them, maybe you feel description is within your grasp, but you can’t close the deal. You can’t convey them. You can’t create a contagion of love. Love is hard to evoke, harder still to transfer.

And that’s what we want: not just description but transferal. We want to impart the love. Even in conversation, that’s part of our impotence around the subject: we may not want a close friend to feel what we feel for the other—no, that could prove awkward at a later date—but we want her to know what we feel. We have an impulse in that direction, at least. We’d like her to see, if only for an instant, through our eyes. To see what can only properly be seen in intimacy. And in the seclusion of the mind. What’s invisible in casual talk, in the hokum of everyday speech.

In fiction we have no practical obstacles, none of the social constraints of physical life, no distractions of temporal context or petty personal barriers like possessiveness; we’re dealing in sentences and white space. We have only aesthetic and technical hurdles, or plain incapacity. We have only the limits of our cognition.

Those limits are profound.

When it suits us to write of rage, of bitterness, of the pernicious effects of blind spots in self-awareness, that’s relatively easy. Our tools include dialogue, a streamlined articulator of character that can rejoice in its own unconscious tells; action, a succinctness that shines light without any need to explicate; humor, which surprises our reader, we hope, and often takes our made-up people as its objects. But when we wish to write of love, all these tools fail us, one way or another.

First dialogue fails us, then deed, then funniness. Love is an abstract quantity and we’re jaded to much of its language. This is partly because of its massive commercialization, of course: rage and bitterness don’t appear on greeting cards so often, though there’s a minor, cheeky sideline there. The language of rage isn’t widely used by ads hawking drugs, food, baby products, clothing, insurance, financial institutions and cars, unlike the language of love. Love is a mainstream currency and inflation is sky-high—so high that its referents have come to inspire approximately nothing.

This means that love, in most of the multiple idioms of literary fiction, has to be tricked out of hiding. It can’t be named outright, can’t be simply asserted, as it is in Hollywood fare where we’re presented with two actors playing opposite each other and cued with music and lighting to buy into their transported mind-body connection instantly. It’s not so hard. They’re both ridiculously beautiful, as any fool can see.

In subtle fiction—let’s call a spade a spade, literature values its subtlety—love, whether between two individuals or of a broader kind, requires forms of charisma both deeply subjective and impossibly universal. The expressly universal is out of fashion as a stated goal of art, since postmodernism rejects both its aspirations and its feasibility, but still it hovers in the cloud of our intention. Few writers genuinely wish to appeal only to three readers, or sixteen. Even the most esoteric would prefer a larger audience. So we can say universal, if we’re inclined toward grandiosity, or we can be modest and content ourselves with recognizable.

How to balance nuance with contact? How to evoke the unsayable with the said? It has the feel of a paradox because it is one: you need touch and distance at once. You can never be sure you have achieved this. You gamble every time you try.

In other words, the path to love is delicate, treacherous and obscure. Fraught with the hazards of overstatement and cliché on one side, and on the other understatement that leaves us wishing for emotional content. In writing as in life, it can only be achieved through a leap of faith. You conjure it for yourself and pray the other, here the reader, will also suddenly jettison himself off the edge of the cliff. As you fall, maybe you flail; maybe you scream and regret that final step; or maybe you’re filled with a curious sense of peace. I’ve given myself to this, you think.

Your gift may not be accepted.

How does that go for you? Does that go well?How to evoke the unsayable with the said?LoveLydia Milletsextalkingwriting
Share:

Lydia Millet is the author of the novels Sweet Lamb of Heaven, Mermaids in Paradise, Ghost Lights, Magnificence and other books. Her story collection Love in Infant Monkeys was a Pulitzer Prize finalist. Her new novel is A Children's Bible. She lives outside Tucson, Arizona. 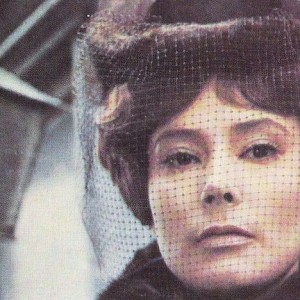 The recent screening of BBC’s War and Peace has inspired many a TV viewer to dust off their old copy of Tolstoy’s masterpiece...
© LitHub
Back to top