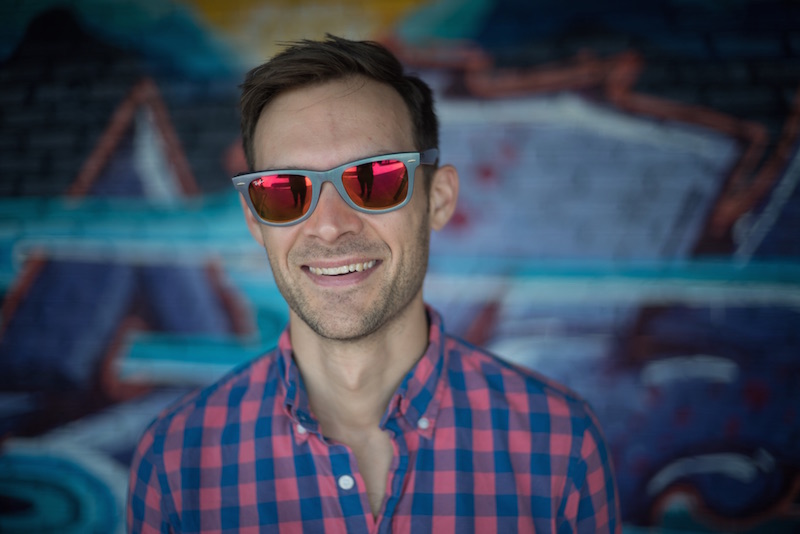 Iowa City, IA: Prairie Lights
The most important thing that happens to me during the entire tour happens on the very first day: I stand in the Starbucks line at the Dallas airport next to FORMER STAR OF THE BACHELOR JAKE PAVELKA. He is shorter than I thought he’d be, but his haircut is quite sharp. While we wait for our coffees, I Google “Jake Pavelka” just to be sure, and THIS IS DEFINITELY FORMER BACHELOR JAKE PAVELKA. He is in his pilot’s outfit and everything. I cast around desperately for someone to share my glee, trying to make eye contact with various affluent-looking youngish white ladies, but they are all talking on their phones. I open the camera app on my phone but then am too scared to take a surreptitious picture. Do not be a creep, I think. Do not be a creep. Jake Pavelka is very friendly to the janitor emptying the trash, and then Jake Pavelka is gone, a handsome, smiling angel, flying off on the wings of love.

Oxford, MS: Square Books & Oxford Conference for the Book
As any good Southern boy-writer ought, I make a pilgrimage to Rowan Oak, William Faulkner’s home. My favorite part is his outline of A Fable, written directly on the wall of his office, which is definitely not creepy and in no way resembles the cell of a madman. 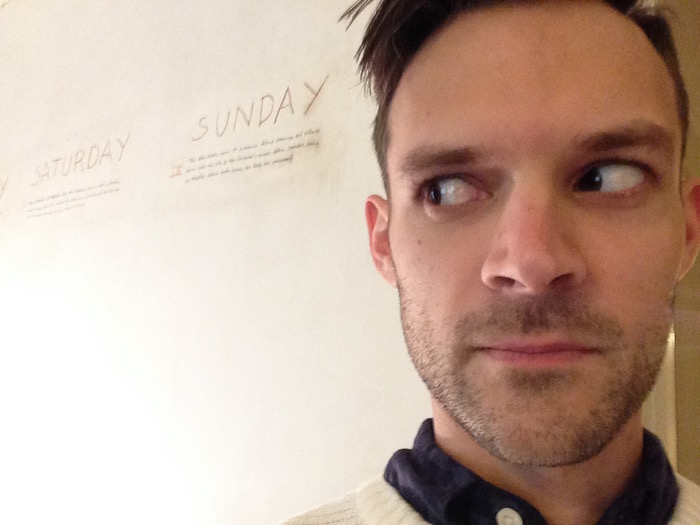 Seriously, though: just being here, in the place where Faulkner lived and wrote and died, makes me feel like I am 15 again, when I first read The Sound and The Fury. I probably understood a maximum of ten percent of that book at the time, but reading it made me excited to be from the South, with all its rich and terrible history, with all its ambition and failure, kindness and injustice, and it made me want to write, awed by the way language could break a person open and show you what was inside. Standing in the mud outside Rowan Oak, looking down the colonnade of cedar trees at the front door, I feel the same way.

My hotel door is very encouraging about my resourcefulness and ability to survive a fire. Honestly I have my doubts about this. 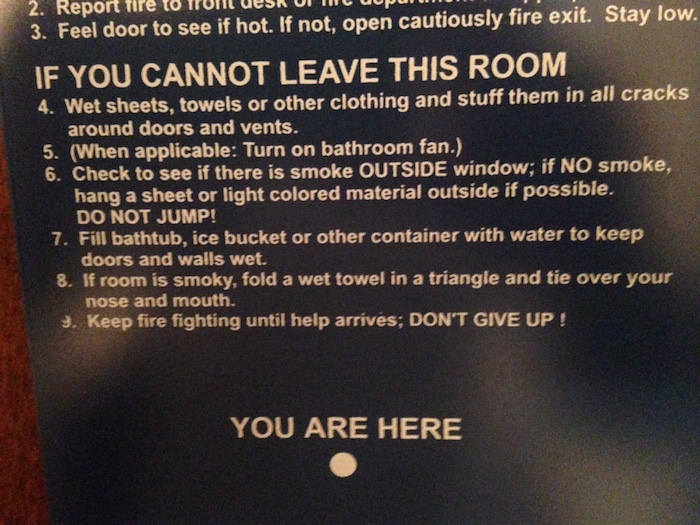 Lafayette, LA
At a joint release party with Gigantic Sequins literary magazine, during a severe thunderstorm that floods the streets around us, I come to the horrifying realization that I am really bad at doing that thing where you look up and make eye contact with the audience as you read. A poet who goes before me is great at it, and I think, Oh yeah! That’s how you’re supposed to read to people! and when it’s my turn I try to do the same thing, but then I lose my place and mangle the rhythms of the sentences and quickly become very frightened and give up.

On the Road; or, SPRING BREAK!!!
Springtime in Louisiana happens, subtly, just a deepening of gloss on the leaves, because winter in Louisiana is basically spring in any other place; you can comfortably play croquet in your preppiest pastel shorts in the middle of January. So when my husband and our two dogs and I drive up to North Carolina, I’m startled by how stark spring seems—the redbuds spatter pink all along the highway, wisteria hangs everywhere in papery bundles of lavender. Maybe it’s just that I’ve been gone long enough to notice it, but I don’t remember spring ever being like this: so bountiful, so sharp, so fundamentally and fully itself, rather than a perfunctory ushering toward summer heat.

A big part of what’s bustin’ out all over North Carolina these days, of course, is good old-fashioned bigotry. The state legislature has just passed its latest regressive law, HB2, which forces transgendered people to use the bathroom of the gender on their birth certificate and makes it illegal for any town to pass laws protecting LGBTQ people from discrimination or raising the minimum wage. And so it seems, in its way, the perfect time for me to traipse around my home state, reading from a novel about two men who have loved each other in fear and seclusion and the shadows of the 20th century. Also talking with my hands a lot.

Asheville, NC: Malaprop’s Bookstore/Cafe
Here is the part of reading I am the worst at (worse than looking up at the audience): whenever I need to take a sip of water. I usually only do this between excerpts, but even then, I feel as though I am wasting everyone’s time and should apologize, and also the need to announce exactly what it is I am doing:

“I’m just going to take a drink of water now,” I say, and gulp it down as quickly as I can.

“I think I’ll have another sip of water,” I announce after the next excerpt.

“You can just take a drink of water,” my husband says at dinner. “You don’t have to say anything. You can just do it.”

“The way you drink water is a little lurching and frantic,” a friend agrees. “Like Marco Rubio during his State of the Union rebuttal.”

It cuts deep, this assessment. I spend the next few days trying to figure out how to drink water in a way that is free from all tinges of Marco Rubio.

I never figure it out.

Knoxville, TN: Union Ave Books
At home, I make coffee every morning, in elaborate, handcrafted ways that seem like they should enhance the scent of its brewing, but I never actually smell it. (This could be due to a long addiction to nasal decongestant sprays when I was in middle and high school. Talk to your kids about the dangers of nasal decongestant spray, people! It is addictive. Seriously. I had to quit one nostril at a time.) But in Knoxville, we stay at a friend’s house, and when her coffee maker starts to drip with that mechanical click, the smell fills her kitchen in a way it never does at home, in my normal life, and I lean against the counter and talk to her and start to feel, really feel, like I’m in one of those Folger’s commercials where a brother in the military surprises his family by coming home at Christmas and awakening them to his presence with the smell of brewing coffee, and I am filled with goodwill and comfort and warm friendship and also a deep understanding that coffee is the most wonderful thing and a sign that maybe there might possibly be a God after all. 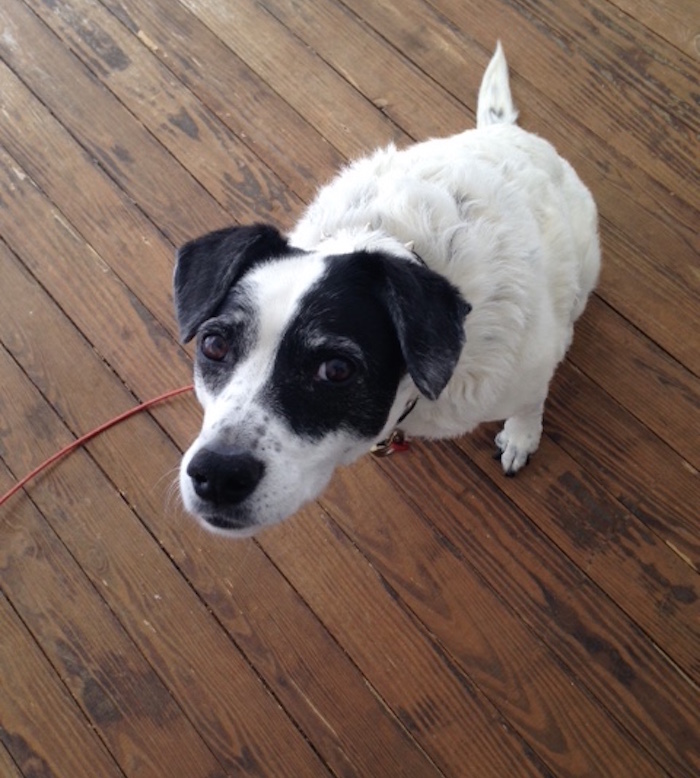 Number of Houses Stayed at During Tour: 4

Number of Houses from which our 12-Year-Old Dog, Who Otherwise Does Nothing but Sleep, Manages to Escape: 2

Chapel Hill, NC: Flyleaf Books
By now I have decided to give up on drinking water during the reading altogether (during the Q&A, drinking water is a breeze. I am so casual! So hip!), although that means my mouth gets dry, which makes my s’s more sibilant and causes me to lick my lips what I fear may be a creepy amount.

Oh, Look, I Have Found a Soapbox!
Every single bookstore I visit in North Carolina—every single one—has taken a visible and significant stand against HB2. Malaprop’s in Asheville is the launching point for the Transgender Day of Visibility’s Downtown Business Walk. Flyleaf Books hangs rainbow signs in all its windows. Scuppernong Books posts a delightful notice on its outdoor chalkboard denying restroom access to area representatives who voted in favor of the bill. So if you agree with them—and with half the citizens of the state—that this law is a travesty, I would ask you not to boycott these stores but to visit them more. The stronger these businesses are, the more energized and inspired and connected the communities and people they serve, the stronger the movement for justice will be across the state and across the South.

Greensboro, NC: Scuppernong Books
The crowd is very big. Friends I haven’t seen since high school are here. When I see the large number of babies and children these friends have brought into existence and also to this reading, I start to panic, because one of the excerpts I have rehearsed is a somewhat humorous passage about the kidnapping and possible murder of an infant. Will this passage terrify these children? Will they, as a result, spend their childhood in fear of the many unutterably terrible things that can befall any of us at any moment, as I did as a kid after I somehow caught a glimpse of America’s Most Wanted and my brother informed me that the host’s son had been kidnapped and decapitated and that only his head had ever been found?

“Relax,” my husband says, when I ask him if I should scurry into the gender-neutral restroom and try to find a different excerpt. “None of these kids is going to listen to a word you say.”

Still, I make a joke about this worry during the reading, just in case. The crowd laughs. No one seems worried that I have psychologically damaged their infant or young child.

By the end of the night, I am exhausted. I am also blissfully happy. This is all I’ve ever wanted. 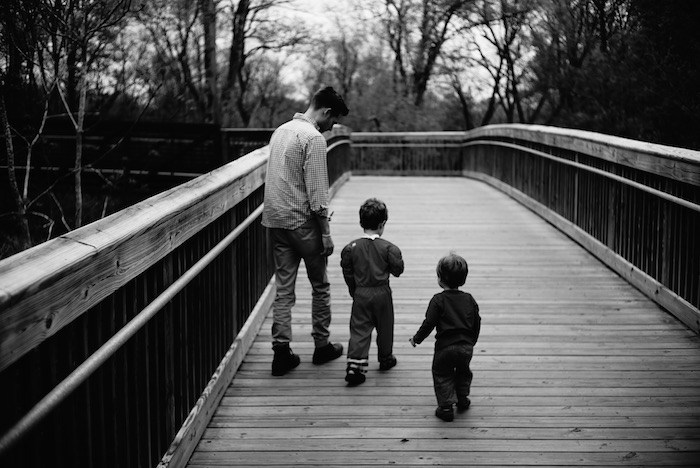 In Hillsborough, in a park along the river, there is a Byzantine chapel of a house constructed entirely from twigs. Before my reading in Chapel Hill, near the end of the tour, I visit my best friend and her kids and we go to see it. Her four-year-old is dressed as a Power Ranger and has drawn a superhero mask on his face with marker and is carefully balance-beam walking along the slim trunk of a fallen tree, holding one of its branches to steady himself. It’s cloudy and gray out, which makes the spring growth look an even more garish lime green all around us. With her two-year-old, I kneel inside the twig house and look up. In the middle of the roof, the sticks twist and rise to a peak, in the center of which is a hole, the slim branches around it curving inward with a sense of motion arrested, like a pupil looking up, in the midst of contracting against so much light. We gaze up at this eye, and we see the world through it, and her son smiles in wonder: at the perfectly curved sticks, at the wild, budding branches beyond the ones that have been tamed around us, at the gray sky beyond every tree, beyond everything. How wonderful it all is, how strange, how lucky. 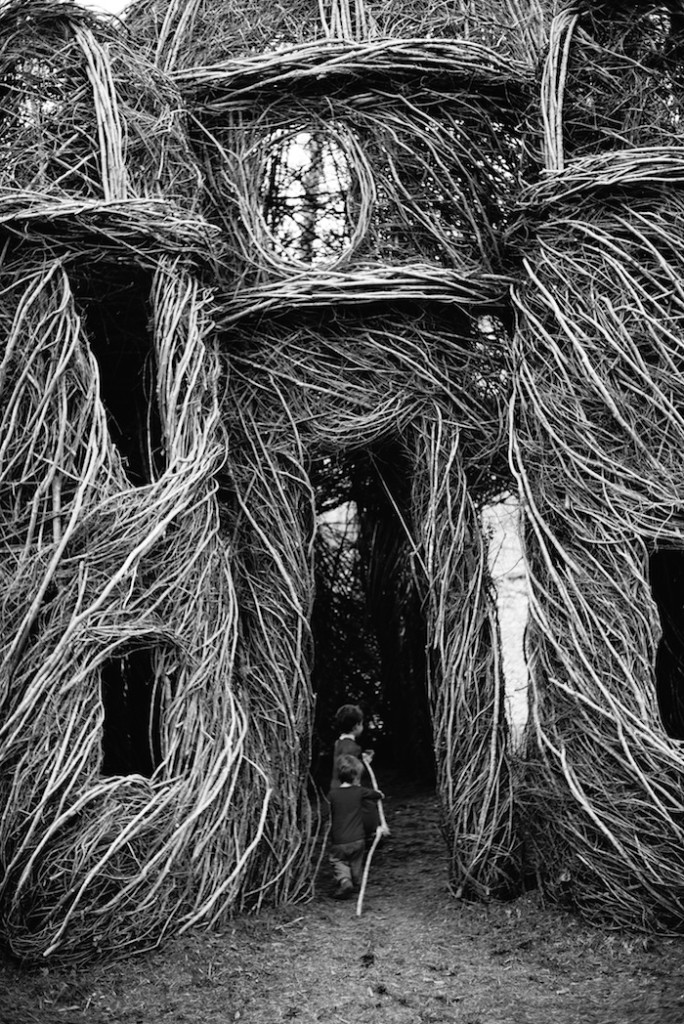 Matthew Griffin is a graduate of Wake Forest University and the Iowa Writers’ Workshop. He has taught composition, literature, and creative writing at the University of Iowa and Walters State Community College, and he worked for several years as Assistant to the Director of Highlander Research and Education Center, a renowned hub of grassroots organizing for social justice throughout the South and Appalachia. He was born and raised in North Carolina and now lives with his husband and too many pets in Louisiana, where he is a visiting professor at the University of Louisiana at Lafayette. Hide is his first novel. 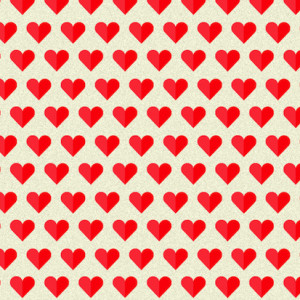 Let’s say you’re in a new relationship. You’re talking to a friend, and she asks you about it. Maybe she actually wants...
© LitHub
Back to top
Loading Comments...